Changes to Ontario’s statutory accident benefits schedule (SABS) — which take effect for accidents occurring on or after this June 1 — will make 2016 a memorable year for professionals dealing with auto claims disputes. 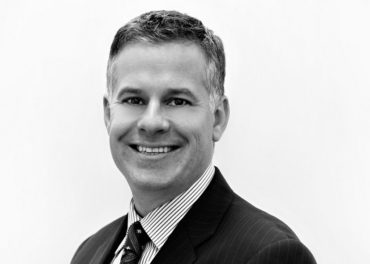 On June 1, the mandatory coverage for accident benefits will be reduced considerably, and the criteria to obtain a CAT designation will be narrowed. Plaintiffs’ lawyers are alarmed because the changes may reduce a claimant’s entitlement and make it more difficult to be deemed CAT under the SABS. However, this raises the question of whether or not this is the catalyst of change that the insurance industry has long awaited.

Over time, the courts have become more liberal in the interpretation of CAT designations, the result of which has been to produce a broader range of coverage. As of June 1 in Ontario, the new narrowing of the CAT definition will assist in ensuring predictability, as opposed to the variability that is often encountered in the case law.

Among the many changes, in the criteria for determining catastrophic impairment are the following: (1) the removal of the Glasgow Coma Scale (GCS), which is to be replaced by the Glasgow Outcome Scale (GOS), in the definition of brain impairment; and (2) the new mental behaviour criteria.

The GCS has been in use under SABS for the past 20 years. Not surprisingly, the news of replacing it with the GOS has sparked a great deal of debate among the plaintiff and defence bars. While counsel for claimants tend to view the GCS as a simple, efficient and precise tool, counsel for insurers have criticized it as being an unreliable and inaccurate measure of the neurological functions of a claimant.

The flaws with the GCS have been argued by defence lawyers for years, but the courts continue to place a great deal of reliance upon it. A striking example is the Court of Appeal for Ontario ruling, released in 2009, in Liu v. 1226071 Ontario Inc. A pedestrian was struck by a motor vehicle, and the issue to be addressed was whether the claimant was catastrophically impaired on the basis of his GCS.

It was also held that there was evidence of a highly functional individual, which would not support the finding of someone being deemed CAT. On appeal, however, the decision was overturned based upon the conclusion reached that the GCS score of 9 or less meant that there was a catastrophic impairment. In this regard, Justice Jean MacFarland remarked that catastrophic impairment “is a legal definition to be met by a claimant and not a medical test.”

The GOS is a detailed and focused comparison of a claimant’s functionality prior to and after an accident, as measured at different stages throughout a claimant’s recovery following the accident. With this tool, it is expected that there will be fewer erroneous determinations, such as in the case of Liu.

Briefly, the GOS is commenced by obtaining a baseline narrative (pre-accident occupational status, social skills, activities of daily living, mode of transportation used, and a claimant’s general condition), which is obtained from the claimant or family members. The same inquiry is repeated at three and six months post-accident.

This approach enables the assessor to measure whether or not the claimant has returned to a pre-accident level of functioning and, based upon that information, attribute an appropriate GOS rating.

Clearly, an outcome-based measure that looks at function prior to and following an injury-producing event, as measured across different stages of a claimant’s convalescence, must be more effective than the GCS, which uses eye-opening and verbal and motor responses as measured only within a short period of time after an accident.

Although the GOS will now replace the GCS, the GOS has still been in use for more than three decades, and has been enhanced over the years. Unlike the GCS, however, the GOS has not been subject to substantial interpretation by arbitrators and the courts.

Under the current SABS, GOS is included in Section 3(2)(d)(ii) to determine if a claimant is catastrophically impaired, such that a score of “2” (vegetative) or “3” (severe disability) must be assigned following a test that has been administered more than six months following the accident by someone trained to do so.

A thorough and well-reasoned consideration of the validity of the GOS is found in the 2015 decision, Watters v. State Farm Mutual Automobile Insurance Company, issued by an arbitrator with the Financial Services Commission of Ontario (FSCO). There, a pedestrian was struck by a vehicle, and the issue to be determined was whether Watters had sustained a catastrophic impairment, pursuant to section 3(2)(d)(ii) of SABS.

Given that this was the first decision to rely upon the GOS, as opposed to GCS, arbitrator Richard Feldman reviewed the history of the tool, placing reliance on a scholarly paper titled Assessment of Outcome After Severe Brain Damage – A Practical Scale by Dr. Bryan Jennett (neurosurgeon) and Dr. Michael Bond (physiatrist).

It was recognized that the goal of GOS “is to accurately reflect a brain-injured person’s level of function in the real world.” To achieve this objective, the creators of the GOS have specified that conducting a “structured interview provides a standardized methodology for gathering the necessary information and for converting that information into a GOS score.” In the result, Feldman preferred the evidence of the claimant’s physiatrist due to her undertaking of the GOS assessment, as opposed to that of the defence’s neurologist who “only administered a mini-mental status test.”

In sum, utilizing the GOS method of determining a claimant’s catastrophic impairment will substantially reduce erroneous designations of catastrophic impairment that are likely to have otherwise resulted from employment of the GCS. This, in turn, has the potential to avoid findings which are in no way reflective of neurological functioning in the “real world.”

One marked impairment no longer sufficient

Another example where the courts are seen to expand upon the CAT definition is the Court of Appeal for Ontario decision, released in 2012, in Pastore v. Aviva Canada Inc. This case involved a pedestrian who was struck by a vehicle while crossing the road. Pastore was assessed at a designated assessment centre (DAC) under Section 2(1.1.)(g) of SABS, which, at the time, stipulated the following: “subject to subsections (2) and (3), an impairment that, in accordance with the American Medical Association’s Guides to the Evaluation of Permanent Impairment, 4th edition, 1993, results in a class 4 impairment (marked impairment) or class 5 impairment (extreme impairment) due to mental or behavioural disorder.”

The DAC concluded that Pastore was catastrophically impaired, as she had one class 4 impairment (marked) in the activities of daily living category, with the balance of the assessment falling into the class 3 impairment (moderate).

The insurer challenged the determination, arguing that a finding of one marked impairment ought to be insufficient to qualify Pastore as being deemed catastrophically impaired. The Court of Appeal for Ontario disagreed and upheld the director’s delegate decision as reasonable, holding that “one function at the marked impairment level was sufficient for qualification of catastrophic impairment.”

In light of this decision, more and more claimants found themselves deemed CAT, based upon a finding of one marked impairment in their functioning. Now, however, given the introduction of the changes that take effect June 1, there is likely to be a “marked” reduction in the number of CAT determinations.

The Ontario legislature has now clarified the requirements for assigning a CAT designation under the functional, mental, and behavioural disorders categories. The new section 3.1(1)(8) will read as follows:

Therefore, as of June 1, future findings of catastrophic impairment for mental or behavioural disorders will require a marked impairment in three of four aspects of function, or otherwise an extreme impairment in one aspect, where the individual must be precluded from useful functioning.

The path forward now appears to be clear when it comes to assessing CAT determinations. However, as has been with past amendments, clarity does not necessarily mean certainty.

It is expected that this amendment will be challenged and/or will receive much scrutiny as it is dealt with in hearings and appeal courts.

SABS disputes are now being heard by the Licence Appeal Tribunal and, as has been well-publicized, the Tribunal’s mandate is to resolve claims within extremely tight timelines (six months from beginning to end). This, coupled with the implementation of the new CAT definitions, as well as others being introduced on June 1, 2016, leads to a prediction of a certain period of adjustment, and perhaps upheaval, for everyone within this system.