In the face of ever-increasing severe storms and natural disasters, governments, insurers and relief organizations often talk about resilience – the ability to bounce back after a destructive event occurs. Taking preventive measures to minimize damage and loss is fundamental to resilience.

But government-instituted measures are not enough; individuals have a responsibility, too.

The public plays a key role in building resilience and preparedness on the private property side. “Government can do everything possible to foster resilience on the public side. However, if nothing is done on the private side, huge gaps/vulnerabilities would still exist,” says Glenn McGillivray, managing director of the Institute for Catastrophic Loss Reduction (ICLR). For instance, we often hear that up to 60% of basement floods are due to problems on the private lot and have nothing to do with public infrastructure. Power outages due to ice storms often occur due to failure to maintain trees on private property. 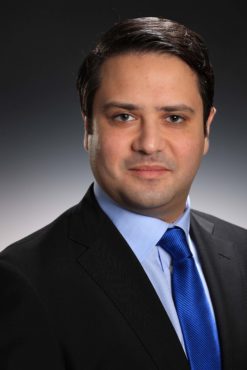 The United Nations Office for Disaster Risk Reduction (UNISDR) reports a holistic approach to preventing, mitigating, preparing for, responding to and recovering from disaster is necessary, requiring the engagement of businesses, citizens and governments.

Plenty of effort and energy has been directed at educating the public about its role over the years. Much of this effort, however, has focused on traditional communications, which may be informative, but lack a personal connection.

People are likely to be more invested in taking action if the information speaks to their specific circumstances and allows for greater interaction. Such information could help members of the public understand that by taking steps to prevent damage, they are not just helping themselves, they are increasing the overall resilience of their communities.

With a growing segment of the population preferring to research and shop for insurance digitally, it is clear many are comfortable and open to using apps. Insurance 2020: Future of Insurance, a 2014 global survey by PricewaterhouseCoopers, shows that 68% of polled consumers would be willing to download and use an app from their respective insurance provider. (The survey is based on responses from 9,281 consumers of non-life insurance around the world, including in Canada.)

Given this, it seems a safe bet that one option for enhancing engagement on how insurers can help foster resilience in their communities is to offer a mobile app that provides users with customized information about what to do before, during and after catastrophic events such as floods, wildfires and earthquakes. Indeed, UNISDR has pointed to mobile apps and web-based systems of engagement (for example, crowd sourcing or disseminating data on preparedness) as ways of educating people and creating public awareness programs and, thereby, strengthening societal capacity for resilience.

With the goal of improving engagement, Aviva Canada teamed up with ICLR to discuss finding new ways of influencing positive change to mitigate risks and damage from extreme weather. One of those ideas was a free mobile app. ìWe all liked the app idea because mobile communications were exploding. So we did some research and found that nobody had done an app aimed at providing advice to help people before, during and after an emergency,î says McGillivray.

The first step towards mitigation and resilience is risk awareness. Providing individuals with customized risk information educates them about the source and level of catastrophic risk to which their properties are exposed, as well as empowers them to take steps to address the risk before an event occurs.

It is not unusual for policy documents to be left behind and/or destroyed during an event, and an app that stores digital copies of policies offers peace of mind and a reference source post-event.

Any mobile app presents a number of advantages that are especially relevant in the context of emergency preparedness:

Having immediate access to information most relevant to the user enables that person to figure out what needs to be done. This information can empower decisions and actions that can lessen the impact of an emergency or disaster.

With the Aviva Canada/ICLR app, for example, the key goal is to provide Canadian households with personalized information and advice they can use before, during and after floods, wildfires, severe wind, winter storms and earthquakes.

The app includes information and advice from a variety of sources about what can be done to prevent and reduce risks from severe weather, including ICLR, the Canadian Red Cross and Public Safety Canada. Individuals can use the app to access specific advice and steps to reduce risk, depending on the type of event.

Insurance Bureau of Canada (IBC) reports that from 2009 to 2014, insured losses from catastrophic events, most due to water damage, have been close to, or above, $1 billion annually.

Canada’s total hit an all-time high of $3.2 billion in 2013 because of flooding in southern Alberta and Toronto.

Because different types of natural disasters are more common in certain parts of the country – or even in certain areas within a particular city or region – being aware of the specific risks and the protective measures that can be taken is critically important.

For example, having an app that generates a personalized risk report based on postal code, number and age of people in the household, and the home’s construction, would allow the user to know if he or she is at low, moderate or high risk of damage from a number of different types of emergencies.

Consider that an individual may not be aware that his or her property is located in a high-risk flood, sewer back-up or earthquake zone. Simply knowing that may encourage individuals to seek out methods to mitigate, minimize or transfer that risk.

At an aggregate level, individuals acting in self-interest to address vulnerabilities of their properties will strengthen the resilience of the community as a whole.

The expected frequency and severity of loss in a high-risk hazard zone can be multiples of that in a low-risk zone. For an insured, this means higher probability of incurring a deductible, and a longer period of displacement when a loss occurs.

Consequently, insureds who are more educated about their risk exposures can make more informed decisions about deductibles with which they are comfortable and can make value-based decisions on any investments that may help make their properties more resilient.

“We’re trying to inform people that the future isn’t going to be the same as the past with respect to severe weather and that it’s important that each of us understands what we can do to lessen the impact of such events,” McGillivray says. The hope is technology, such as mobile apps, will prove “a useful tool that fulfills our common goal of prompting Canadians to read, understand and take action,” he emphasizes.

Using technology to bring attention to the individual’s role in making cities and communities resilient is gaining traction.

In 2014, for example, in support of UNISDR’s Making Cities Resilient campaign, Esri, a technology company that specializes in mapping software, sponsored a global disaster resilience app challenge. One app allowed users to quantify the level of community resilience to climate-related hazards so they could see the factors that increase or decrease their resilience numbers.

Apps are just one of the technologies proving useful for emergency preparedness and emergency management.

Consider the fires that have ravaged Fort McMurray, displacing thousands of people. The Alberta government released an app that uses satellite images to allow evacuees to see how their homes have been affected and keep abreast of when they can return. The app has been championed by IBC.

Social media is another important tool that is becoming important for engaging citizens in emergency management, notes an October 2015 review in the International Journal of Information Management. Social media, like Facebook and Twitter, can help with disseminating information during emergencies and for providing real-time situational awareness about an emergency, the review found.

The Federal Emergency Management Agency’s National Preparedness Report, released in March 2013, notes that in the two-week period during and immediately following Superstorm Sandy’s landfall in New Jersey and New York, users sent more than 20 million Sandy-related tweets, despite the loss of cellphone service during the storm’s peak.

Insurers can also use social media to provide useful information to customers that can help the public play their role in resilience.

The insurance industry has a history of engaging and educating the public about what it can do to mitigate the impact of risks. It is believed that apps and other digital tools will not only appeal to the digital generation, they can also help users and, by extension, communities, bounce back after disaster.