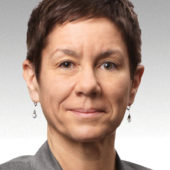 In December 2016, Alberta’s Court of Appeal issued its decision in Roth v. Economical Mutual Insurance Company. What are the potential broader implications of the ruling, including how has it changed the jurisprudence in Alberta regarding bylaw extension coverage?

The matter involved a body shop, a portion of which was a 1950s, wood-frame building. Heavy rainfall resulted in water damage to the building and subsequent inspection by the Medicine Hat Planning and Building Services Department determined the building was structurally unsound. The insurer paid roughly $22,800 to cover the estimated costs related to the water damage.

The plaintiff responded by suing its insurer for the cost to replace the entire building – a figure closer to $500,000.

Except as otherwise provided, the policy insured “against all risks of direct physical loss or damage to the property insured.” There were standard exclusions for direct loss arising from such things as bylaw enforcement, latent defects and faulty workmanship, but in addition, the policy contained an extension for contingent liability from enforcement of building bylaws.

At trial, although the structural problems pre-existed the insurance policy and were not caused by the insured peril (that is, water damage from a storm sewer overflow), coverage was, nonetheless, found on the basis that the insured peril resulted in a municipality enforcing its bylaws.

On appeal, Alberta’s Court of Appeal reversed the trial decision, stating that “the enforcement of the minimum requirements of any bylaw, regulation, ordinance or law” was not a separate stand-alone insured peril. Further, the court noted the following:

… it is not enough that the damage was discovered by an inspection undertaken because of the insured peril. Rather, coverage exists where damage has been caused by a “peril insured against” and that damage requires remedial work or replacement to the standard mandated by the minimum requirements of any applicable bylaw, regulation, ordinance or law in force at the time of the loss.

To illustrate the absurdity of finding coverage when damage is discovered merely as a result of an inspection after an insured peril, the court used the example of an employee moving furniture. If a hole was made in a wall while moving furniture, and through that hole one could see that a building was not structurally sound, the insured would be entitled to a new building that was structurally sound and compliant with all building codes.

The appeal court noted that such a result was contrary to the reasonable expectations of the parties, being “a recovery which could neither be sensibly sought nor anticipated at the time of the contract.”

The court stated that such an approach would force insurance companies to determine compliance with any bylaws before insuring any building, as they would be responsible for remedying deficiencies should any be discovered following an unrelated loss.

This was further noted to be practically impossible and would, in effect, turn insurers into guarantors of construction and building code violations.

The court emphasized the structural unsoundness of the wood building was not caused by the insured peril; it was simply discovered during an inspection undertaken after damage by the peril.

Further, it was not something either party would have reasonably expected would have been covered by the policy. In the result, it was excluded from coverage.

Prior to the court’s decision in Roth, the law in Alberta was scant in regard to the issue of bylaw extension coverage. The most recent Alberta authority before Roth was 954470 Alberta Ltd. (Centre South) v. Sovereign General Insurance Co., a 2016 ruling by Alberta’s Court of Queen’s Bench.

In Sovereign, it was held that the increased cost of repairing a roof due to non-compliance with the minimum requirements of a local building code was as a result of the insured peril. It was held that the cost increase was necessary and arose from the enforcement of the minimum requirements of the building code and, therefore, that the insurer had to indemnify the plaintiff in bringing the roof up to code.

The facts in Sovereign were somewhat similar to those in Roth. The plaintiff owned a multi-tenant shopping centre. The facts, as summarized in Sovereign, are that a tenant was renovating, during which a contractor caused a water leak that damaged two portions of the roof, including seven roof joists.

The damaged joists were repaired and the plaintiff was satisfied with the repair work. However, a safety codes officer employed by the city determined that the plaintiff was required to add additional joists or beams to bring the roof into compliance with the current building code.

The plaintiff claimed that it was entitled to indemnification from its insurer for costs associated with installing the supplementary roof joists, a cost of almost $527,500.

At trial, Justice D.J. Manderscheid stated that the issue of whether or not the increased cost of repairing the roof was a result of the insured peril was a question of causation, directed by the language of the policy as it evidences the true intent of the parties at the time of entry into the contract. The policy language examined in Sovereign was almost identical to that in Roth.

Despite stating explicitly that policy interpretation was the heart of the issue, the trial decision did not, in fact, focus on the policy language, or the parties’ reasonable expectations, in finding that causation was established. Justice Manderscheid stated that, but for the insured peril, the city would not have directed the plaintiff to upgrade the roof, and as such, there was an unbroken chain of causation. As a result, he ordered that the insurer was liable for the cost to bring the roof up to code.

Roth has already had an impact in Alberta. On March 3, 2017, in a ruling by Alberta’s Court of Appeal, Sovereign General Insurance was successful on its appeal of Justice Manderscheid’s decision.

On appeal, the court noted that the trial judge did not have the benefit of the decision when he decided Sovereign. The court concluded that “the non-compliant roof may have been discovered as a result of the damage caused by the insured peril, but the damage was not caused by that peril.”

As such, there was no coverage for the additional roof joists.

With Roth, Alberta’s Court of Appeal brought much-needed clarity and structure to the interpretation of bylaw extension coverage in insurance contracts.

The law in Canada is comprised of a patchwork of decisions that go either way, with coverage being extended in some instances and, at other times, not. This is also the case with decisions in the United States, and all of this despite wordings that are very similar across policies.

The court in Roth stated that extending coverage to the plaintiff was an absurd result given the circumstances, and one that was well outside the expectations of the parties. The concept of causation was narrowed by the finding that damage must result from the insured peril itself, and not simply be discovered or found as a result of the happening of the insured peril. This narrow, though sensible, approach to causation was based on the parties’ reasonable expectations, that is that only damage directly caused by an insured peril would be covered.

It is now clear that had this same approach been applied in Sovereign at the trial level, the result would have been different, given that the parties would not likely have expected non-compliant construction issues to be covered when only discovered following the happening of an insured peril.

Roth has the potential to have a significant impact for insurers facing very large claims for pre-existing deficiencies or long-standing building code infractions that only happen to be discovered after damage is caused by an insured peril. If the reasoning in Roth is applied, no longer will insurers have to pay for those deficiencies that were never realistically contemplated by the parties as being part of the insured risk.

While Roth has already had an impact in Alberta, it remains to be seen whether or not it will be applied across the country.