Recent flooding in Ontario, Quebec and New Brunswick adds new urgency to getting government involved in insurance for high-risk areas, but it’s not clear how this would work.

In Canada, government should get involved in insurance for high-risk areas when flood insurance is neither available nor economical, says Balz Grollimund, Swiss Re’s head of treaty underwriting for Canada and English Caribbean. “There are some examples internationally of what this looks like.”

One example is Flood Re, a reinsurer subsidized by a tax imposed on all British home insurers. The levy generates about £180 million (about C$318 million) annually. The impact of Flood Re is that about 98% of the British population subsidizes high-risk property owners. 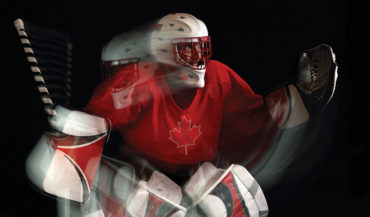 In the United States, the National Flood Insurance Program (NFIP) has essentially subsidized property flood coverage for some Americans since 1968. That program has lost tens of billions of dollars in recent decades, mainly due to hurricanes.

Canada does not have a system similar to either NFIP or Flood Re. “The result is that roughly 10% of Canadian homeowners are not eligible for flood insurance because they are in high-risk flood zones,” says Grollimund. “I think there is no perfect solution. They all have advantages and disadvantages.”

It’s unclear what a Flood Re-type system would look like if it were brought to Canada, but a government-sponsored flood insurance system must be tailor-made to the country’s needs, says Grollimund.

“What part of the risk is going to government?” he says. “Is it the tail end? Is it government supporting the premium payment to begin with? There are a lot of different nuances on how to play with this. In the end, it has to have buy-in from all the various stakeholders. And probably the biggest challenge in Canada is to get alignment between the provinces, municipalities, and the federal government on what the right solution looks like.”

Neither IBAC nor the Insurance Bureau of Canada (IBC) is specifically recommending that Canada bring in a system exactly like Flood Re or NFIP. Both the federal government and IBC have sent people to Britain to look at Flood Re, IBC CEO Don Forgeron said in April during Swiss Re’s Canadian Annual Outlook Breakfast.

“In all the jurisdictions we have looked at, where [public flood insurance programs] fail is with the high-risk properties,” Forgeron said. “That’s where the vast majority of their losses come from. And the question becomes, ‘How do you price that? If it’s not full risk-based pricing, who pays it? And how is it paid?’ That’s usually where these programs fall down, and that’s what the federal government has asked us to look at in terms of some sort of high-risk pool.”

Government involvement should include not just insurance but also having incentives for property owners to mitigate risk, said Grollimund.

Cover for overland water damage has generally been available in Canada since 2015, although coverage terms vary.