The transfer of responsibility has created considerable apprehension among its users. FSCO was flooded with new applications in the weeks leading up to April 1. For many, it is a matter of “better the devil you know.” What will this change mean for stakeholders? Will it really be different? 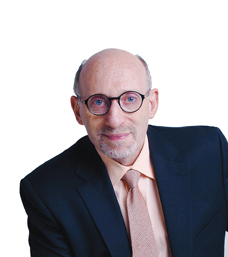 HOW DID ONTARIO GET HERE?

The establishment of the AABS at LAT brings to a conclusion a process that began with the appointment of Justice Douglas Cunningham in August 2013. Justice Cunningham was asked to review the auto insurance dispute resolution system. He was asked to make recommendations to the government to address a significant backlog, in disputed auto insurance claims pending mediation and arbitration, that existed at the time – and to propose system improvements. His report – delivered in February 2014 – included 28 recommendations.

As a result, Bill 15 – the Fighting Fraud and Reducing Automobile Insurance Rates Act – included a provision transferring responsibility for resolving disputes over statutory accident benefits from FSCO to LAT. Regulation changes filed by the government on March 7, 2016 – which came into effect April 1 – was the final step in implementing the new dispute resolution system.

WHAT ARE THE CHANGES?

WHAT HAPPENS TO FSCO?

Applications for mediation, neutral evaluation and arbitration have not been accepted since March 31, 2016. A mediation, arbitration, court proceeding, appeal, variation or revocation that was commenced before April 1 may be continued at FSCO after that date. If a mediation fails before April 1, an application for arbitration can only be made to LAT on or after April 1.

Applications to the Director of Arbitrations – for appeals, variation or revocation – may only be made where the application for arbitration was received by FSCO before April 1.

HOW DOES LAT WORK?

Since there is no longer mandatory mediation, an applicant will be able to apply for arbitration following the denial or termination of statutory accident benefits. The applicant (an insured or insurer) files an application for arbitration with LAT. The other party files a response.

It is intended that all procedural issues, lack of production or failures to attend insurer examinations are to be dealt with up-front by the registrar.

LAT may dismiss an application without a hearing if:

This is a significant departure from the FSCO process, which included preliminary hearings. However, if LAT is reluctant to dismiss these applications, then the gatekeeper function, envisioned by Justice Cunningham, will not be put into practice.

The first step in the arbitration process is a case conference. This is the settlement meeting described in Justice Cunningham’s report. It must take place within 45 days of the date LAT receives an application.

The case conference is analogous to a FSCO pre-arbitration meeting except most will take place over the phone instead of in person. Prior to the case conference, the parties are required to outline the documents to be used at a hearing, any production issues, the preference for the type of hearing (written, video/telephone or in-person), a list of witnesses and details of the most recent settlement offer.

Should the dispute not be resolved at a case conference, then a hearing will take place within 60 days. The type of hearing will be decided by the adjudicator at the case conference. Decisions will be issued within 30 days for written hearings, within 45 days for video/telephone hearings and 60 to 90 days for in-person hearings.

There is no LAT appeal process other than the possibility of a reconsideration by the executive chair of SLASTO if there is a clear error that was made by the adjudicator. Appeals based on merit are not available. A party can apply for judicial review where there is a question of law.

Is this a significant departure from the FSCO process? The simple answer is yes. But how much different can only be determined over time. The forms and practice rules are simpler.

In an attempt to create a different culture, very few FSCO arbitrators have been appointed to LAT. Some see this as a good thing while others are concerned. But it does add an element of uncertainty for an initial period.

There are other elements of the new process to be concerned about.

Justice Cunningham recommended the creation of statutory timelines and sanctions regarding settlement meetings (case conferences), arbitration hearings and the release of arbitration decisions. He apparently felt that there needs to be strict adherence to timelines and that creating statutory obligations was the most effective way of accomplishing this.

However, no statutory timelines have been created and, instead, LAT will manage timeline requirements. This is essentially how things existed at FSCO. What will happen if the parties are not ready for a quick hearing? Will adjournments become common occurrences? Stakeholders will be waiting to see if the promised timelines will be met or erode over time.

In response to criticism of FSCO practices in conducting mediations, Justice Cunningham recommended that settlement meetings be conducted in person or by video conferencing. He rejected telephone meetings. LAT, however, will predominantly be conducting case conferences over the phone. Considering that FSCO pre-arbitration meetings are in-person, this is really a step backwards.

Justice Cunningham wanted hearings to follow three streams: paper reviews, expedited in-person hearings and full in-person hearings. He recommended criteria be adopted to determine under which stream a case falls. Those criteria have not been adopted. Instead, the LAT adjudicator will exercise his or her discretion to determine the format of a hearing.

At FSCO, similar discretion existed but all hearings were inperson. Although LAT has suggested that many hearing will be paper reviews, will stakeholders pressure adjudicators to provide more in-person hearings?

A number of other recommendations by Justice Cunningham seemed to have been abandoned. The settlement of future medical and rehabilitation benefits were to have been prohibited until two years after the date of the accident. The Statutory Accident Benefits Schedule (SABS) has not been amended and settlements will still be permitted one year after the accident. In addition, every insurer was to establish an internal review process as the first step in the new dispute resolution process. It does not appear that all companies have established an internal review process.

A lot of time and effort has gone into creating the AABS at LAT to replace FSCO’s dispute resolution process. One of the problems identified by Justice Cunningham has been the culture surrounding the previous system. LAT has made a considerable effort to create a new culture. However, the new adjudicators will be dealing with the same clientele and will need to interpret the same complex and frustrating statutory accident benefits. It will take some time to determine how much different the new system is.