The joke among brokers used to be that Lloyd’s would insure anything.

Certainly, that narrative has changed over the past few years. By the end of last year, eight Lloyd’s syndicates had shut down and others scaled back business, including one owned by Toronto-based Fairfax Financial Holdings. This followed large catastrophic losses in 2017 and 2018, coupled with challenging market conditions.

Suddenly, Canadian brokers started to muse quietly among themselves about who would cover their specialist, complex and unusual risks if Lloyd’s reduced its risk appetite in Canada. 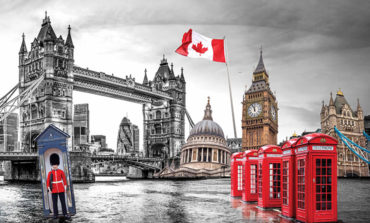 Lloyd’s says there is no reason for brokers to worry. Despite an ongoing “remediation” and “rebalancing” effort currently underway at Lloyd’s overseas, the Canadian market is actually the jewel in the crown right now.

“Canada remains a key market for Lloyd’s and we continue to see positive growth from the region,” Sean Murphy, president of Lloyd’s Canada, tells Canadian Underwriter. “Our capacity for the local market remains strong. Last year, the Lloyd’s market in Canada posted a favourable result for year-end 2018, exceeding its estimated growth target.”

Lloyd’s is listed as Canada’s fourth-­largest insurance provider. It is not an insurance company, but rather a market in which members join together to form syndicates to insure risks. (For a description of how Lloyd’s works, see sidebar on Page 36.)

The lion’s share of growth is coming from Ontario and British Columbia, Murphy reports.

That’s not to say that everything is coming up roses for Lloyd’s in Canada. Brit Plc, owned 90% by Fairfax, withdrew from four lines in 2018 – international professional indemnity, yacht, contractors’ plant and equipment, and aviation.

That being said, Lloyd’s in Canada was successful in realizing growth in segments outside of its largest classes of business – including gains in the areas of cyber risk, the sharing economy and the warranty business. This demonstrates a “key strength of the Lloyd’s market in our ability to consider opportunities through a different and often new perspective,” Murphy says.

In fact, Canada’s entire P&C industry may owe some measure of gratitude to Lloyd’s for the overall profitability of the Canadian P&C market in 2018. Looking at Canada as a whole, the P&C industry’s combined ratio deteriorated two points from 96.4% in 2017 to 98.5% in 2018, MSA notes in its year-end results. The declining financial fortunes for the industry as a whole reflect the fact that both the personal and multi-line segments, as well as the commercial writer benchmark – excluding Lloyd’s – experienced underwriting losses. But then in comes Lloyd’s to save the day.

“The reinsurance sector and Lloyd’s pulled the industry underwriting results into the black,” Joel Baker, CEO of MSA Research, comments. “While the Canadian market remains challenging, Lloyd’s managed to outperform MSA’s commercial writers’ benchmark in 2018. Lloyd’s Canadian mix of business, the absence of a mammoth cat, along with prior-year reserve development helped.”

Concern about Lloyd’s recent financial statements emanating from Europe is a delicate subject in Canada because of the importance of Lloyd’s within the domestic market. Several Lloyd’s coverholders, managing general agents and others declined to be interviewed for this article, underscoring the sensitivity of the topic. Given Lloyd’s large market share in Canada, the consensus is, “Don’t bite the hand that feeds you.”

Globally, there is a different story to tell.

For the Corporation of Lloyd’s, which oversees the market, things were going well between 2014 and 2016, when it made a profit. But things started to change in June 2017.

At one level, things were okay: Lloyd’s combined ratio was 96.9% as of mid-2017, and the market returned to a profit of £600 million (about Cdn$1 billion) for the first half of 2018. That six-month reporting period also saw a modest improvement in the underwriting result. “This partly reflects Lloyd’s ongoing work that commenced in 2017 to review the worst-performing portfolios, and the subsequent action by the market to reduce loss-making lines,” Lloyd’s said last September.

At the same time, some of the numbers sounded downright ugly. Lloyd’s reported an aggregated market loss of £2 billion (about Cdn$3.5 billion) in 2017, which halved to £1 billion (Cdn$1.7 billion) last year. The combined ratio in 2017 was a miserable 114%.

Lloyd’s stemmed the bleeding somewhat in 2018, improving the COR by nearly 10 points. But returning to profitability remains a top priority. “The market’s aggregated 2018 results report a combined ratio of 104.5%, and a [£1 billion] loss,” Lloyd’s CEO John Neal said on Mar. 27, when Lloyd’s released its 2018 annual report. “This performance is not of the standard that we would expect of a market that has both the heritage and quality of Lloyd’s.”

Last year, as part of its 2019 business planning process, Lloyd’s asked its syndicates to review the worst-performing 10% of their portfolios, along with loss-making lines, and submit their remediation plans for approval.

“Generally speaking, Lloyd’s has gone through a process…of properly testing each syndicate’s business plans to make sure that in the event of a catastrophe, the business plan is robust enough to withstand whatever the losses are,” explains Gary Hirst, president and CEO of CHES Special Risk, a Lloyd’s coverholder. “That has meant there are several syndicates that have been losing money consistently over the last four or five years, and Lloyd’s has been focusing particularly on them to either turn the business around and come up with a plan for Lloyd’s or shut down.

“We’ve seen a number of syndicates close down. A couple of them have been owned by the same parents, so the parents tried to roll in that book of business into the syndicates that are profitable. Some market has disappeared.” One syndicate was also going through a management buyout earlier this year.

Looking to place a difficult risk with Lloyd’s? Your success will ultimately come down to the profitability of your book. “If you can show that the book had underlying profitability, and perhaps you’re not able to get higher prices and premiums, then you’ll always find someone in Lloyd’s who will sit down and listen to what you’ve got to say,” Hirst says. “I think a number of syndicates are doing that right at this moment.”

Property risks, meaning primarily excess and surplus lines for Lloyd’s, remain a challenge. If Lloyd’s pulls out of a certain line, where can Canadian brokers and MGAs go to insure those hard-to-place risks?

“It all depends on the amount of capacity the MGA had in the first place,” Hirst says. “If the MGA just had one contract for property and that was with Lloyd’s, then they’re up a creek without a paddle. Whereas if you had multiple contracts, [then] it’s not a business-threatening circumstance and you can invariably use the market that you’ve got elsewhere to pull up that extra capacity.” Most MGAs likely have more than one contract, he adds.

Over the last six months, Lloyd’s has asked hundreds of stakeholders to tell them how Lloyd’s should evolve. This month, it is due to publish a prospectus outlining the vision of what Lloyd’s might look like, Murphy says.