Once identified as potentially disruptive competitors, insurtechs appear to be enjoying an unexpectedly harmonious relationship with Canada’s property and casualty insurance industry. In fact, one carrier makes a point of meeting with an insurtech each week, just to explore potential areas of partnership.

But if you are a broker distributing insurance, you might want to think about what Netflix did to firms delivering motion pictures. Insurance brokerages and insurtechs may not fight like cats and dogs, but a competitive tension does still exist over the future of insurance distribution.

What is an insurtech?

Insurtech isn’t yet a well-defined term “but it’s getting there,” says Michael Fitzgibbon, chief underwriting officer of Slice Labs Inc., a New York City-based insurtech.
“When we say ‘insurtech,’ I think we are talking about insurance organizations using technology that either they design themselves or that they buy from others,” says Fitzgibbon. “Now that the term insurtech has been used for three or four years, I think it is beginning to take on its own definition and becoming much clearer to most people.”

Slice is an example of an insurtech that works closely with insurers. For example, it provides the technology for Duuo, an insurance product written by The Co-operators that covers homeowners who rent out their properties using web services such as Airbnb. Slice also partners with AXA XL to offer cyber coverage.

For Sachin Rustagi, director of digital for the Cambridge, Ont.-based insurer Gore Mutual Insurance, an insurtech is “any start-up innovating or disrupting in the insurance industry.” Nothwithstanding the element of disruption in the definition, “we are not afraid of insurtechs,” Rustagi adds. “We are excited to see the kinds of problems they are addressing and the new technologies they are bringing to the industry.” 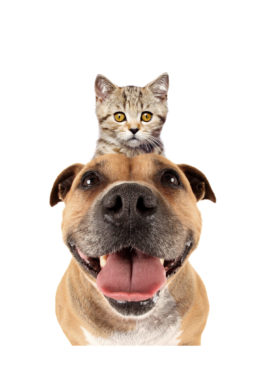 Four years ago, the focus of insurtech was “primarily on the level of investment from venture capital or other investors coming into the market,” says Keegan Iles, a PwC Canada partner who leads the firm’s insurance consulting practice. “What we are really seeing now is that there has been enough time in market for some of the players and business models to be proved out, and a lot of them are going to be really successful.”

Insurtechs present opportunities for incumbent insurance carriers to collaborate, innovate and create a digitized, more customer-centric insurance experience, Sean Ringsted, chief digital officer for Chubb, writes in an email to Canadian Underwriter. “At the same time, however, more would-be disrupters are recognizing the significant capabilities that incumbents bring to the table – underwriting experience, risk appetite, balance sheet and claims handling, to name but a few.”

In fact, Gore Mutual strongly believes in collaborating with insurtechs. “We try to approach one insurtech a week,” Rustagi reports. “We want to know who is out there and what they are doing, so we can figure out synergies.”

As more carriers form partnerships with insurtechs, insurers will be able to improve their underwriting, pricing and products, suggested Neil Pengelly, insurance technology advisory leader at EY Canada. For example, with some insurance products, property owners are using sensors that collect data such as water flow through a pipe. Insurtechs can work with insurers to provide these kinds of advanced technologies without requiring a full understanding of the manufacture or distribution of the insurance product.

“A lot of insurtechs we have seen in the marketplace come from a background of technology and innovation,” says Pengelly. “They don’t necessarily have as much experience or depth on the product or the distribution side of the business.”

Insurtechs now tend to focus on what PwC Canada calls front office transformation. For example, Pengelly says: “How do I get closer to my customer?” How do I understand more about who my customer is? And how do I best meet those customer needs in their chosen marketplace, which is presumably digital?”

Insurtechs are really more oriented towards providing 21st-century digital technology, says Tom Reid, president of Calgary-based Trufla Technology (Trufla is the Icelandic word for disrupt). Essentially, they provide the tools and services required by the P&C industry to respond to the way consumers do business today.
Think about how Amazon, Google and others do business, says Reid.

“If you think about how the vast majority of people access information through their smart phones, tablets or to a lesser extent through their desktops, are you able to provide tools and services that meet that kind of need? To me, you can look at it from the perspective of, ‘Well, it’s digital technology but insurance.’ But the way I prefer to look at it is, ‘How are you helping your industry respond to changing consumer preferences?’”

In helping the industry answer these questions, the insurtech model has “evolved from competition to co-operation,” adds Iles. “Perhaps initially there was anxiety, fear and competition. It is now much more of a partnership model.”

That model can extend to brokerages as well. “I am seeing a lot of tools that are being built [by insurtechs] to support brokerages.” said Karn Saroya, a Canadian who moved to the United States and is now CEO of San Francisco-based brokerage Cover Financial Inc., which describes itself as an insurtech.

That depends on how you define disruption. “To me, it would be taking a large portion of the market share away from the traditional insurers, and I certainly haven’t seen that happen yet,” says Fitzgibbon. “I think it would be tough to do, because insurtechs are generally smaller, innovative firms. They are startup companies. They don’t have the budgets for the kind of marketing that would be required to really take a bite out of the insurance industry.”

People often talk about the insurance industry getting “Uberized.” But while Uber has disrupted the taxi industry, taxi services are regulated differently than insurance carriers, Fitzgibbon notes.

“Insurance companies have been using technology to a certain degree for decades now, but they just tended to automate the old processes or morph all the old processes into a website,” Fitzgibbon observes, describing the traditional model. “So, you can go into website to get a car insurance quote, but you still have to provide all of the detail – the long questionnaires.”

Until recently, many customers who submitted applications online could not get a quote right away, Fitzgibbon says. “You would have to wait for someone to phone you. It was complicated. Now, using available insurtech technology, customers can just go to their smart phones, tap in quick details, and get a quote. If they like the quote, they can tap to bind it, using an automated payment like Paypal.”

The Co-operators seemed to share the same vision when it teamed up with Slice in early 2018 to launch the Duuo home-sharing product. “We believe you cannot buy insurance with an application form,” says Slice Labs chief growth officer Philippe Lafreniere, who spoke at the InsurTechTO this past November. “If I say, ‘I want to buy this milk, and then I wait for Fortino’s to send me an email saying, ‘Yes, we are happy to sell you milk at $4 a gallon,’ that just wouldn’t work.”

Distribution disruption
If anyone faces an existential threat from insurtechs, it would be the brokers and not the carriers, some suggest.

“I don’t think insurtech companies, as they are established now, are really a threat to the established insurers,” says Slice Labs’ Fitzgibbon. “They could be a threat to some distribution channels.”

If you look at other industries that have been disrupted, generally it’s the distribution channel that’s been disrupted, not the manufacturer, observes Carol Jardine, president of the Canadian operations of Wawanesa Mutual Insurance Company. She made the comment during the January 2019 luncheon of the Insurance Brokers of Toronto Region.

“We are the manufacturer,” Jardine said. “Nobody really wants to go through all the hell of becoming a regulated insurance company in Canada. It’s not fun. But they do want to take the distribution away from you,” she told brokers attending the lunch.

And brokers are already starting to see their lunch being eaten by others –and not just by insurtechs. “Personal lines on the broker side is under continual threat from direct-to-consumer business like Belair Direct [and others],” says Saroya. “That’s only going to intensify at the end of the day. They are selling a commoditized product.”
On the flip side, insurtechs, through their tech innovation, can in fact help brokerages compete with directs. For example, Cover Financial places personal and commercial insurance primarily through a mobile app. Cover’s co-founders are Saroya, his fiancée (Natalie Gray) and Anand Dhillon, with whom Saroya attended high school in Canada.

“None of us actually come from insurance,” Saroya says. “We have been working together for six years building consumer-facing products. We think of ourselves as building products that help facilitate the selling of insurance.”

At the moment, Cover does not place insurance in Canada. Its licensed brokerage in the United States makes an app that customers download to their Apple or Android devices. The app lets customers send messages to Cover brokers.

Asked whether Cover has any plans to expand into Canada, Saroya said they do expect to be writing business, mostly likely the auto or home line business, “over the course of the next couple of years.”

Most insurance brokers and carriers are not run by people who have built technology products, Saroya says, suggesting why the industry would find it beneficial to partner with the tech expertise offered by insurtechs.