A recent Saskatchewan court ruling against a homeowner, over a disputed claim, offers some food for thought to underwriters familiar with a frequently-discussed distinction in insurance law. There is a difference between conduct that represents a breach of a policy condition and conduct that causes a loss to fall outside the insured risk. 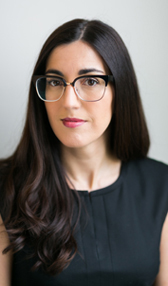 Zheng’s home was damaged when a fire broke out. Subsequent investigation by SGI revealed that he had three paying tenants living with him at the time of loss. SGI denied coverage under his “owner-occupied” policy of home insurance on the basis that his decision to rent his premises to a number of tenants constituted both a misrepresentation and a “change material to the risk within the control and knowledge of the insured.”

With respect to Zheng’s claim against the broker, the court found that there was no breach in his duty of care to the plaintiff. In fact, the court found that the broker exceeded the standard of care required of him by satisfying himself that the plaintiff understood the application process and took the step of ensuring, in writing, that the insured understood the importance of providing accurate information by asking important questions in a number of different ways.

The court also found that the broker was not negligent in failing to provide the plaintiff with a copy of the policy booklet once the original meeting finished because there was no evidence to suggest such failure had an impact on the plaintiff’s loss. The court concluded the plaintiff knew, or should have known, that his decision to take in paying tenants was material to risk because the many questions put him on the application form made it clear that the issue of renters was important to the insurer.

In a novel argument, the plaintiff took the position that he did not know that having paying tenants increased the risk that might be considered by the insurance company, and that having never received a statistical data analysis that shows tenants are a higher risk than an exclusively owner-

occupied home, he could not have known. The plaintiff took his argument further by stating an insured need only disclose a material change in risk if he or she is subjectively aware of the fact that the change in risk would, in fact, be material.

The plaintiff’s argument on this issue merits a review of recent Canadian care law as to when non-disclosure or disclosure is “material.”

It is well-established that an applicant’s duty to disclose facts material to the risk extends only to past and present facts at the time the contract of insurance takes effect. However, insurers commonly insert terms into their policies obliging the insured to disclose material changes to the risk. This term is found in the statutory conditions pertaining to property, fire and automobile coverage in insurance legislation across the country.

What constitutes a “material” misrepresentation is a question of fact in each case, and may vary according to the type of insurance in issue. The onus of proving materiality is on the insurer.

As noted in Brown & Menezes, Insurance Law of Canada, Volume 1, where an insurer fails to ask about a matter, the court may draw an inference that the insurer does not consider that matter relevant. The authors go on to observe that if a “customer answers truthfully according to a reasonable interpretation of a question which is ambiguous or inadequately worded, s/he will not likely forfeit a claim on grounds of misrepresentation or nondisclosure.”

In a related footnote, the authors opine that cases where the insured succeeds “may turn less on the court’s perception that the information is not material than on its view that an insurer should not be allowed to benefit from a problem it has created through poor drafting of its application forms.”

Thus, the fact that a particular insurer regards a fact as being material does not necessarily determine its materiality in objective terms. An insurer can demonstrate the materiality of the misrepresentation in question where its own practices are in conformity with general industry standards.

Expert evidence regarding materiality of undisclosed or misrepresented information is important in establishing industry standards. However, the fact that another underwriter might have declined the risk or charged a higher premium on the basis of the information provided by the applicant will not be relevant where the evidence is clear that the underwriter in question would not have done so.

The evidence of insurance brokers and underwriters as to the materiality of a misrepresentation in an application for insurance is admissible.

An insurer’s failure to ask a particular question may lead a court to find the insurer did not consider the question to be relevant. Conversely, the fact that a question is asked in the application form constitutes some evidence of its materiality.

The applicant has a duty to use reasonable diligence to see that the answers are correctly written, and whether or not he or she read the form, the law generally treats him or her as having adopted it.

This was considered recently by the Court of Appeal of New Brunswick in Thomas v. Aviva Insurance Co. Hubert Thomas, had purchased “multi-peril” homeowner’s insurance from the defendant insurer. The plaintiff’s policy incorporated Statutory Condition IV restricting coverage where material change in risk, known to and within control of insured, arose.

In the application questionnaire, the plaintiff was asked what his primary heating source in residence was, and he truthfully answered electrical heating. The plaintiff subsequently installed a wood stove into his home. At no time did Thomas advise Aviva of its installation, nor was Thomas ever asked.

There was a fire at the insured’s home caused by the wood stove and coverage was declined on the basis that installation of the stove constituted material change in risk known to and within control of the insured. The court found that within the insured’s renewal documentation, Aviva “effectively advised [insured] that only the information provided in the original application was material to the risk.” As the insurer failed to make appropriate inquiries of insured and treated auxiliary heating sources as “inconsequential,” the court found that the insurer could not now deny coverage on the basis of material non-disclosure.

In insurance law, generally it is important to distinguish between a condition of the contract and a restrictive definition of the risk assumed under the contract. There is frequently a problem in which events or behaviour of the insured fall into one or the other of the two categories. One is breach of condition; the other is conduct that takes the insured property outside the risk.

These two concepts are very similar and are designed to achieve the same purpose: to limit and control the risk assumed by the insurer. Because of this inherent similarity it is easy to confuse the two concepts.

However, it is important to avoid such confusion because the consequence, in insurance law, of a breach of condition may be very different from the consequence of a misrepresentation.

In the 2005 decision, Marche v. Halifax Insurance Co., the Supreme Court of Canada interpreted Section 171 of Nova Scotia’s Insurance Act (which is identical to Section 151 in Ontario). Here, the insurer denied a fire loss claim due to an earlier period of unreported vacancy that was unrelated to the loss, because the property was not vacant at the time of the loss. The insurer nonetheless argued the earlier vacancy constituted a material change in risk that voided the policy.

The Supreme Court of Canada did not lay down any specific test for determining whether Section 171 applied, but noted it is not essential that a statutory breach be causally related to the loss. The court recognized the conflict that exists between the “draconian consequence of policy cancellation where the change material to the risk has been corrected” and the loss of insurer’s right to cancel the contract due to a material change in risk, and found in favour of the insured.

MATERIAL TO THE RISK

The simplest distinction between “misrepresentation” and a “change material to the risk within the control and knowledge of the insured” is that a breach of condition cannot be unilaterally cured by the insured. If the insured has breached a policy condition, the insurer may void the policy even though the breach was temporary in nature and did not lead to any loss, even if the breach did not, in fact, alter the risk. Instead of voiding, the insurer may, if it chooses, waive the breach and continue with the policy.

Returning to the Zheng decision, Saskatchewan’s provincial court found that the plaintiff was not required to have subjective knowledge of whether or not a change in risk was material before the insurance can be voided. It was not necessary that the fire had to have been caused by a tenant in assessing whether or not the change in risk was material.

The court concluded the plaintiff knew, or should have known, that his decision to take in tenants was material to the risk. The court reached this conclusion because, unlike the insurer in Aviva v. Thomas, the questions put to the plaintiff in the application process made clear that the issue of renters was important.

This is a helpful reminder to all insurers. Material facts are those which, if known by a reasonable insurer, would have influenced its decision to decline to offer insurance, or alternatively, charge a different premium for the insurance provided.

If a fact is material, it is crucial that it be highlighted and brought to the attention of a potential insured.