Reinsurance is not normally explosive stuff.

And yet, Canada’s solvency regulator and the nation’s property and casualty insurers are trying to defuse a ticking time bomb that currently sees them standing between $21 billion and $30 billion apart.

That’s the amount of additional capital the P&C industry says will be required to comply with new reinsurance rules proposed by the Office of the Superintendent of Financial Institutions (OSFI) in June 2018. To put this into perspective, the total capital pool available to insure all Canadian risks — home, auto and business — is about $50 billion.

This huge gap between OSFI and the P&C community is perplexing to many industry observers. OSFI’s proposed rules “would require a significant amount of additional capital to be in Canada, which is certainly not realistic for all the reinsurers to have to do that,” observed Koker Christensen, co-leader of Fasken’s financial institutions group, at the 2019 National Insurance Conference of Canada (NICC) in Quebec. “This is obviously a significant issue. From my perspective, I don’t remember the last time I saw quite a divergence between OSFI’s perspective and the industry’s perspective.” 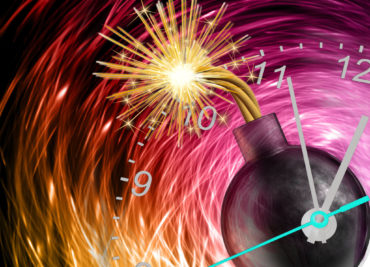 A very important caveat comes courtesy of Monica Ningen, CEO and president of Swiss Re Canada and English Caribbean: “The reinsurance framework proposals are what I would call relatively early stage,” she told Canadian Underwriter recently. “The industry continues to engage constructively with OSFI, although the federal election means that we are in a period in which OSFI is unable to share any updated thoughts on those proposals. The industry is expecting a draft to the B-2 guideline in November and then a final B-2 and B-3 guideline in 2020.”

The discussions have been ongoing for quite some time. Two years ago, Neville Henderson, OSFI’s assistant superintendent of the regulator’s insurance supervision sector, told the National Insurance Conference of Canada (NICC) about the progress of the department’s 10-year reinsurance review. “Over the years, we have been taking a look at reinsurance activities and reinsurance is extremely important in managing catastrophe risk and we’ve found we don’t have a deep understanding of how some of that is done,” he said at the 2017 NICC. “So we’re looking very closely at reinsurance practices, we want to understand that somewhat better.”

OSFI’s 2018 discussion paper suggests that the industry and the regulator don’t share the same understanding.

One rule change in particular, OSFI’s proposed new Policy Limit Rule, has set the industry on edge. Essentially, it assumes some kind of major disaster scenario in which “the largest three policies of each insurance company will incur total losses at the same time, and that the largest unregistered reinsurance counterparty on each policy will fail,” as stated in a Canadian Insurance Briefing Note issued by the Toronto Insurance Council (TIC) in October. TIC’s members include Canadian commercial insurance brokerages. “The probabilities associated with these are calculated by industry actuaries to be somewhere in the range between 1-in-1-billion to 1-in-5-trillion-year loss events.”

This particular proposal essentially flies in the face of how global reinsurance works, the industry argues.

“OSFI’s concerns ignore the necessary and important role of global risk diversification that underpins global insurance,” the TIC briefing paper states. “Insurance and reinsurance companies pool and diversify their risk globally, which allows them to offer the range of insurance products required by Canadian policyholders while maintaining a prudent and careful approach to risk management.

Reinsurance played a key role in funding claims related to the 2016 wildfire in Fort, McMurray, Alta., which is currently the highest-priced disaster to hit Canada (about $3.8 billion in insured damage). Ratings agency A.M. Best estimated at the time that approximately half of that total was covered by European-based reinsurers.

Aon Benfield estimates reinsurance capital worldwide to be worth $US585 billion as of last December.

In Canada, an earthquake is widely regarded to be one of the most damaging form of perils to the Canadian P&C industry, estimated to be a 1-in-500-year event. In 1992, Munich Reinsurance Company of Canada estimated that a Magnitude 6.5 earthquake near Vancouver would cause more than 200 fatalities, 7,000 injuries, and insured losses of between $7 billion and $13 billion. Decades later, updated research commissioned by Insurance Bureau of Canada (IBC) found that a Magnitude 9 earthquake about 75 km away from Vancouver would cost the industry approximately $20 billion in insured losses.

The industry still isn’t sure what kind of specific risk scenario OSFI is trying to guard against with its proposed new rules. The regulator’s concerns appear to have emanated from its 10-year review of the reinsurance sector. The paper is complex and detailed. To characterize the issue, OSFI appears to be concerned that reinsiurance capacity would not be immediately available in the event of a major catastrophe in Canada.

“[Federally regulated insurers] FRIs have increasingly adopted business models that rely heavily on reinsurance,” the regulator noted in its Discussion Paper on OSFI’s Reinsurance Framework, released in June 2018. “Particularly in the P&C sector, there are concerns about the risks associated with writing large policies in Canada, and subsequently ceding a significant portion of these risks outside of Canada, with little capital or vested assets maintained in Canada to support the increased risk exposure.”

In particular, the OSFI paper points out, the “risks associated with large exposures and concentration of reinsurance counterparties must be better managed.” To help do this, “OSFI intends to introduce a rule related to the issuance of high-limit policies by P&C FRIs. Under the proposed rule, the maximum policy limit that a P&C FRI could issue would depend upon its level of capital and excess collateral, as well as the diversity of its reinsurance counterparties.” What’s more, says OSFI, such a limit could be extended to global reinsurers as well. That would essentially limit their participation in the insurance of high-level risks in Canada.
In another part of the paper, OSFI proposes a new collateral requirement to ensure that insurers park enough capital in Canada to cover off their risks. OSFI would require “that either (1) the ceding FRI continues to hold capital in Canada for the ceded insurance risk, or (2) the unregistered reinsurer posts collateral in Canada (in which case the ceding FRI may then reduce its required capital).”

Says the regulator: “OSFI does not intend that its collateral requirement either encourage or discourage the placement of reinsurance with FRIs or unregistered reinsurers, but rather that there be an adequate level of capital/collateral in Canada to protect the policyholders and creditors of the cedant FRI from undue loss.”

Risks of Detonation
At the 2019 NICC, Canada’s highest-profile industry event, IBC sounded an uncharacteristically stark warning: “The outcome of OSFI’s proposed policy limit rule would be to increase the capital level of the impacted companies by $21 billion to $30 billion, thereby asking them to, on average, more than triple their capital base,” said keynote speaker Don Forgeron, IBC’s president and CEO. “This additional capital requirement is out of reach for most, if not all, of the impacted companies.
“This risks isolating Canadian companies – setting us apart from our global competitors. It will make this country a less appealing marketplace and force Canadians to pay more in an industry with fewer players…

“To put it mildly, we are frustrated with OSFI’s reinsurance proposal. Ideally, we’d see the regulator realize that these changes are too drastic and disruptive and do not achieve the desired outcomes to protect policyholders.”

The reaction of the global insurers and reinsurers will vary, predicted Joseph El-Sayegh, president and CEO of SCOR Canada Reinsurance Company, “hence creating a disruption to accessibility and affordability of (re)insurance in Canada.”

During a 2019 NICC discussion panel on OSFI’s proposals, a Swiss Re executive said about two dozen to three dozen Canadian insurers and reinsurers would be affected by OSFI’s proposals. He said commercial insurers would be most affected. And if they reacted to the proposals by writing less business in Canada, the effects on the commercial insurance market would be pronounced.
“Reinsurers could sidestep the [proposed] rules so easily by writing business in Canada on an unlicensed basis,” said Jonathan Turner, senior vice president and chief financial officer of Swiss Re Canada.
“Now, I believe that would reduce the capacity available for the Canadian industry. It’s probable that would make capacity scarcer. It would drive prices up for the Canadian industry, and those prices would be borne not just by the commercial insurers in Canada but across the entire industry.”

By how much would that drive up commercial insurance rates in Canada?

“That would put commercial insurance prices up by up to 30%,” Turner said in a response to a question from panel moderator Jonathan Stephenson, managing director of Guy Carpenter.

If reinsurers bailed on covering high-value commercial risks, personal lines insurers would not likely be able to step into the breach, Turner predicted. He doubted, for example, that personal lines writers dabbling in commercial insurance – or even ones that insured larger commercial accounts — could put up $100 million in capital or more to underwrite some of Canada’s biggest commercial insurance risks. Toronto Pearson International Airport is a $1.5-billion risk, Turner observed. So was the refurbishment of the Central Block of Canada’s House of Commons (with an insured limit of $1.5 billion). And any hospital in a major Canadian city would have a policy limit in the “high-hundred-millions to low billions,” said Turner.

So what will become of this issue?

A P&C industry task force is currently discussing the reinsurance proposals with OSFI. “For our part, we at IBC are encouraging OSFI to slow things down – to take the time to understand and more clearly define the problem they are trying to solve,” Forgeron said in a speech delivered at the 2019 NICC.

An informal coalition of insurance companies, along with IBC, have been actively engaged with OSFI, the federal Department of Finance and the office of the Minister of Finance on this issue, the TIC paper notes. Christensen finds reason for optimism that cooler heads will prevail.
“Historically, the relationship between the regulator and the industry has been collaborative and publicly transparent. I think this is a challenging issue, but I think between the public dialogue, it will get resolved in some way that is satisfactory. But it all remains to be seen.”