Some brokers running family-owned firms could be paying additional money to the tax man starting next year, depending on how their firms are structured and how the federal government implements changes proposed this past summer.

Among those potentially affected are family-run brokerages that pay dividends to the owner’s spouse or children, and brokerages earning more than $50,000 a year from holdings that are not core to the business.

“As it stands, the broadest tax reform in decades as tabled could favour business owners selling the family business to arms-length parties instead of passing the business on to family members,” said Brooke Hunter, president and CEO of Hunters International Insurance and part of the fifth generation of a Toronto insurance family and former president of the Toronto Insurance Conference. 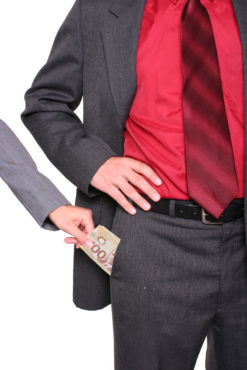 Insurance Brokers Association of Canada (IBAC) chairman Robert Harrison says it’s not clear how the federal government’s proposed changes will affect the availability of capital for small businesses such as brokerages.

In a discussion paper published July 18, federal finance minister Bill Morneau suggested some Canadians are “taking advantage of the fact that corporate income tax rates are much lower than personal tax rates for higher-income individuals.”

The total amount of income tax owed by a brokerage, and personally by the owners, depends on a whole host of factors, including the total business income, personal income and the breakdown of personal income by salary and dividends.

The federal government is proposing several changes, including an expansion of the tax on split income (TOSI). Taxing split income is designed “to address sprinkling of certain income to minor children,” as Morneau explains in the discussion paper.

Read the full article in the Digital Edition of the December 2017 Canadian Underwriter.