Study Questions Mold as Cause of Serious Health Problems

No link can be found between the presence of dampness and mold in homes and the variety of serious health problems being claimed in court cases, suggests a new report by the Institute of Medicine (IOM) of the National Academies,…

Reinsurance Pricing: Out of Gas?

While the “magic” of last year’s hard market transformed Canada’s reinsurance players from pumpkins into glittering stage-coaches, the bad news is that time may now be running out. Similar to their primary company clients, reinsurers prospered during 2003 with virtually all the financial indicators pointing in the right direction – except one. After two years of almost miraculous growth in premium income – largely driven by rate increases – the Canadian reinsurance sector appears to have hit a wall. Does this mean that reinsurance pricing has lost steam, possibly signaling the turning point in the industry price cycle that so many have come to fear? Reinsurers fervently deny that price softening is setting in, purporting that reduced premium growth is a reflection of higher primary retentions as companies look to benefit from hard market pricing. Even so, a loss of business, in terms of risk transfer, will ultimately exert economic operating pressures on reinsurers in a marketplace which many regard as having too many players.

The Canadian Independent Adjusters Association (CIAA) raised its profile earlier this year by winning special status for adjusters under the new federal privacy legislation. The move capped off 2003, one of the busiest years adjusters have ever faced, with disasters both natural and man-made in the form of Hurricane Juan, the B.C. forest fires and the debacle of auto insurance. As she assumes the association’s presidency, Carol Messervey hopes to turn the high profile of the profession into a rallying point for the national association. 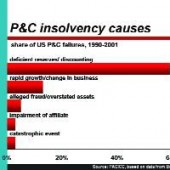 Is the Canadian property and casualty insurance industry experiencing clear skies in the area of solvency or are there dark clouds on the horizon? A tough market over the past three years has raised some questions about industry measurements in everything from capital levels to underwriting performance to reserve development. Today, most agree the solvency situation seems to be steady. But, some observers say the nature of the softening market could spell trouble for the years ahead. 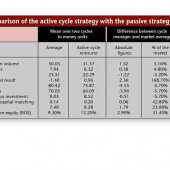 Our Own Worst Enemy

To some, the insurance cycle is a phenomenon we must endure. In reality, however, it is something we create, and we must endeavor to manage it better. 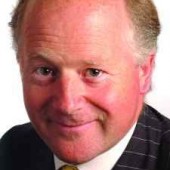 I was taught that doing business with companies with names such as “As-honest-as-the-day-is-long Re” is generally not a good idea as they are unlikely to live up to their standing. I was also warned to be wary of companies with… 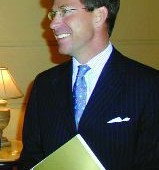 There is a huge inventory of articles about the underwriting cycle and the “feast or famine” nature of the property and casualty insurance business. Much of the literature attributes cycles and the inevitability of cycles to economic factors and other external pressures. 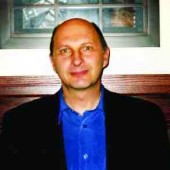 Most people who work in insurance are also purchasers of insurance. We see insurance as something that has a value to us, providing protection for ourselves and our families. But, I would like to speak as a consumer about coverages and exclusions, and offer a few thoughts about how we can improve this industry’s image by giving consumers what they want. 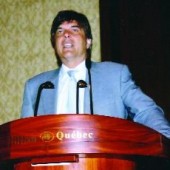 Insurer CEO speakers at this year’s Canadian Insurance Congress, which was recently held in Quebec City, expressed uncertainty regarding the future financial prosperity of the property and casualty insurance industry, despite the dramatic improvement in companies’ earnings over the course of 2003. The CEOs’ main concern lay with the mandatory auto product – applying across nearly all of the provinces – due to inadequacy of claims cost reform measures that have been initiated by the provincial regulators. On a broader level, an economic presentation made at the congress also offered a dour mid to long-term outlook for the insurance industry. 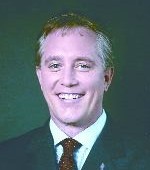 As brokers joined for annual conventions in Alberta, B.C. and Manitoba this spring, the topic of legislation was very much on their minds. While Albertans faced the prospect of a new, unique auto system being implemented, the new Financial Services Act was front and center in B.C. Meanwhile, in Manitoba, brokers and legislators continued to wade through the lengthy process of rewriting the provincial Insurance Act. 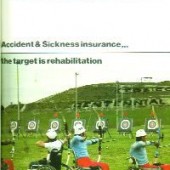