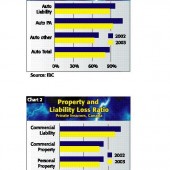 The property and casualty insurance industry has woken to find itself in the “hot seat” of a tumultuous public storm – consumers, the media and provincial governments have set their sights on insurers as an opportunistic menace. The result has seen ongoing, radical provincial auto insurance legislation amendments, blossoming tort losses, and new cost pressures at every level of insurance companies. And, in taking the pulse of claims managers and independent adjusters, CU finds this negative public image and its effects are high on the minds of claims managers and adjusters as the industry moves into 2004.

Statistics Canada data on auto insurance premiums is not only misleading, it caused the Bank of Canada to incorrectly hike interest rates, suggests a new study by right-wing think tank The Fraser Institute. The study says that StatsCan has been…

Canada’s Personal Information Protection and Electronic Documents Act (PIPEDA) has generated controversy on several fronts, with some arguing that private sector companies are woefully unprepared, while others accuse lawyers and consultants of scare-mongering. A legal challenge from Quebec in late December on PIPEDA’s constitutionality only adds to the confusion. While many support the principles of the legislation, several point out that ambiguities in its practical application will have to be navigated carefully – or interpreted by the courts. 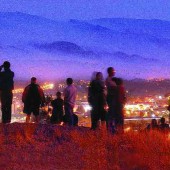 BC Forest Fires: A Time of Need

The storm of wild fires that ripped through British Columbia was a watershed for the Canadian insurance industry – not only did it represent one of the most significant losses in history, but it was also a test of the industry’s ability to rise to the claims challenge. 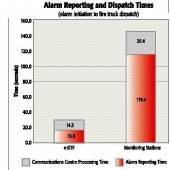 Although statistics show that deaths as a result of fires are on the decline, insurers are still vexed by costly property losses. Can these losses be avoided or minimized? 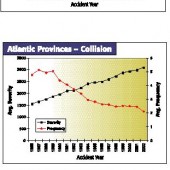 In the face of auto insurance rate increases, consumers are changing the way they view the claims process. Expectations for service are high, and severity is increasing as consumers shy away from filing all but the most serious claims. In this atmosphere, insurers and their claims partners have to find a way to win back public confidence while managing costs throughout the claims process.

Bring Down The DACs!

To say auto insurance in Ontario is at a crossroads would be an understatement. Ontario recently introduced new auto insurance regulations, which were in “effect” for just a single day before a new political party began governing the province. Subsequently, the Financial Services Commission of Ontario (FSCO) brought in a new roster of medical and rehabilitation DACs, thus adding to the growing regulatory confusion surrounding the province’s auto product. 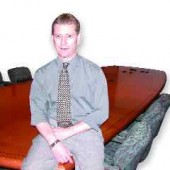 The arrival of 2004 no doubt brought a sigh of relief from many Canadian insurer CEOs in thinking that the climate of the marketplace can only improve going forward after having “survived” the stormy year past. For once, such hopes… 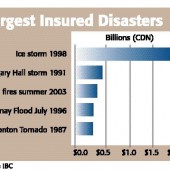 The Canadian property and casualty insurance industry saw its net profit for the third quarter of this year fall by 20% to $517 million compared with the previous quarter’s $644 million. The biggest single cost impact incurred by insurers during… 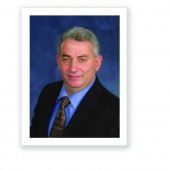 With the concerted drive of property and casualty insurers over the past two years to contain claims costs, a great deal of attention has turned to the professionals who provide the critical “fieldwork” to claims management – company and independent claims adjusters. The claims handling profession, from the independent operator to the inhouse employee, has as a result been presented with numerous cost challenges over recent years, confirms Frank Castaldo, president of the Ontario Insurance Adjusters Association (OIAA) for the 2004 term. The cost pressure on the insurance industry has also introduced added stress for both company and independent adjusters, he observes, the result being a more intense workload with insurers less likely to outsource job files. But, the biggest concern arising from the current state of the market is the shortage of new talent coming into the adjusting profession, Castaldo says. This is where he believes organizations such as the OIAA play their most important role.

What About The Innocent Co-Insured?

Some years ago, I visited a commercial client to review his cover prior to renewal. I could tell that his mind was not fully attentive to matters I was discussing with him. He then turned to me and posed an…

With the soft “thump, thump” sound of my wiper blades as background, I drove slowly down the town’s snow-clogged main street, peering through a half-frozen windshield at the blizzard outside. Finally, I spotted the welcoming light of the small restaurant…