It is well-established in Canadian law that a properly drafted waiver of liability can serve as a full defence to a tort claim. This has been articulated by all levels of court, including the Supreme Court of Canada in Crocker v. Sundance and Dyck v. Manitoba Snowmobile Association Inc., and is a principle relied upon daily by businesses (and their insurers) to protect themselves from exposure in lawsuits brought by their patrons and customers.

However, this principle does not have uniform application to all types of waivers, irrespective of whether or not the waiver was properly drafted and duly executed. 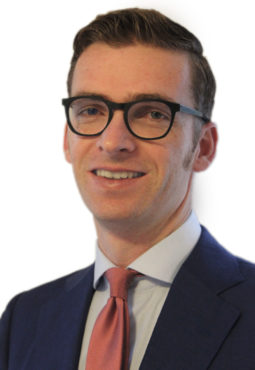 One type of waiver over which there remains a dark cloud of uncertainty regarding its enforceability is a waiver signed by a child and/or a parent/guardian on behalf of a child, attempting to bar the infant plaintiff from bringing an action arising from injuries sustained while a participant in an activity – typically a sporting activity. What are some practical alternatives that businesses can employ until that gap is filled?

The law in Canada is currently completely devoid of any authoritative decision on the issue of parental waivers, either federally or provincially.

The 2009 Supreme Court of British Columbia decision, Wong v. Lok’s Martial Arts Centre Inc., directly addressed the issue of the enforceability of a waiver, signed by a parent, in attempting to waive the rights of a child to advance a claim. The court, ultimately, determined that British Columbia’s Infants Act, and not the common law, barred the enforceability of parental waivers. 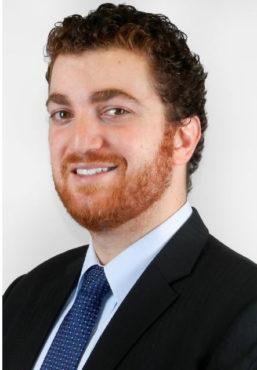 The absence of a law on parental waivers is of particular concern for the countless businesses and organizations – including schools, recreational sport facilities and children’s summer camps – that rely on these waivers in carrying out their regular activities. However, it appears that clarity may be forthcoming as indicated in the 2016 decision of the Court of Queen’s Bench of New Brunswick, Dewitt v. Strang.

In Dewitt, the plaintiff, Thomas Dewitt, a 15-year-old boy, was rendered a paraplegic while participating in a motocross event in Sackville, New Brunswick, hosted by the Canadian Motorsport Racing Corporation (CMRC).

To participate in the motocross event, participants below the age of 19, the participant’s parent/guardian and a witness were required to sign a “Minor Participant Waiver.” The waiver, which required the plaintiff to indicate his experience level and age, was signed by the plaintiff, his father and a witness, the owner of CMRC. 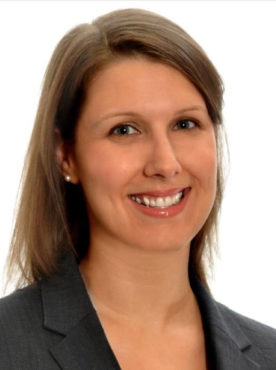 Unfortunately, the plaintiff was involved in a serious accident during the event and he was rendered a paraplegic. He commenced an action against a variety of defendants, including the Town of Sackville and CMRC, who all relied upon the waiver in their statement of defence. The plaintiff brought a motion seeking to strike the paragraph from the defendants’ statement of defence that relied upon the waiver as a complete bar to the plaintiff’s claim.

This motion required the court to determine whether or not the waiver signed by the plaintiff and his father was a complete bar to his right of action.

The plaintiff contended that such a defence was scandalous, frivolous or vexatious. Further, he submitted that the waiver was not enforceable because he was unable to enter into a binding contract as a minor and a waiver was merely a contract by another name.

The waiver specifically stated the following:

I UNDERSTAND AND AGREE, on behalf of myself, my heirs, assigns, personal representative and next of kin, that my participation in any EVENTS is not permitted without my execution of this document. I hereby warrant and agree that:

I HAVE READ AND UNDERSTAND THIS DOCUMENT AND I AM AWARE THAT BY SIGNING THIS ASSUMPTION AND ACKNOWLEDGMENT OF RISK I AND/OR MY PARENTS/GUARDIANS MAY SURRENDER CERTAIN LEGAL RIGHTS. I SIGN THIS DOCUMENT VOLUNTARILY AND WITHOUT INDUCEMENT.

The motions judge considered whether or not the defendants’ position had a reasonable prospect of success, pursuant to the principle confirmed by the Supreme Court of Canada’s ruling, R. v. Imperial Tobacco Canada Ltd.

The court noted that no law prevented the plaintiff from entering into the agreement with the defendants, which he did voluntarily with full awareness of the risk. Therefore, the court ultimately denied the plaintiff’s motion to strike the paragraph of the statement of defence pleading the waiver, as the law was not definitive on the issue and there was, therefore, a reasonable prospect of success for the waiver defence at trial.

In considering the question of whether or not the waiver was a bar to the plaintiff’s right of action, the court addressed the fact that neither party was able to find case law applicable to the facts of the case. Wong was considered for its similarities, but could not be relied upon because New Brunswick did not have a statute similar to British Columbia’s Infants Act.

The court also considered a variety of secondary sources, including academic commentary on the issue. All of the commentary referred to by the court agreed that waivers restricting the rights of minors are invalid and unenforceable because contracts limiting the rights of children are invalid, whether signed by their parents or not, and it is a matter of public policy to protect minors’ interests.

However, before dismissing the plaintiff’s motion, the court discussed two alternatives to the parental waiver – a signed acknowledgment and an indemnity agreement – although it did not provide a judicial opinion with respect to the enforceability of these alternatives.

With respect to a signed acknowledgment, its application appears dubious. Indeed, the Law Reform Commission of British Columbia opined that an acknowledgement signed by a parent/guardian on behalf of a minor, recognizing the existence of inherent risks in a specific activity and assuming the risks of same, was tantamount to imposing on a minor the wrongful acts or omissions of another party (in this case, their parent/guardian). Any terms of a signed acknowledgement attempting to pursue that legal effect would not be enforceable as against a minor.

With respect to an indemnity agreement, the Law Reform Commission of British Columbia has stated, “The practice of extracting agreements from parents to indemnify operators in respect of legal actions on behalf of their children also contravenes the public policy of protecting minors’ interests… If there is doubt about the unenforceability of such indemnities, it should be removed.”

As such, it may very well be the case that such provisions would not be enforceable. Further, the potential success

of a claim as against the parents/guardians, in accordance to the signed indemnity, would depend on their personal means, irrespective of the amount obtained by the minor.

The plaintiff in Dewitt appealed the motions judge’s decision to the Court of Appeal of New Brunswick, the ruling of which was released on November 10, 2016.

In affirming the motions judge’s decision and dismissing the appeal, the

appeal court noted that absent any error of law, error in the application of the legal principles, or palpable and overriding error in the assessment of the evidence, the motions judge had discretion to dismiss the plaintiff’s motion and to leave the determination of the legal issue as the enforceability of the waiver to the trial judge.

As there were no such errors, the Court of Appeal did not have the jurisdiction to interfere with the motions judge’s decision.

While the enforceability of waivers as against minor plaintiffs is tenuous at best, the courts have not yet outright decided that such waivers will be unenforceable as a general rule. Despite this, Dewitt highlights the fact that the courts will not be quick to enforce a waiver of liability as against a minor, notwithstanding the fact that the minor and/or their parent/guardian executed the waiver.

It is anticipated that courts will be more reticent to enforce such waivers where the minor plaintiff is of a very young age and unable to execute such a waiver on his or her own or where only the parent/guardian executed the waiver. It appears that the courts are also considering other potential methods through which a defendant may seek to bar liability arising from an injured minor, although these methods have yet to prove successful in court.

This is not to say that there is no benefit in requiring the execution of waivers for activities undertaken by minors. The fact of a signed waiver can be used to establish that the risks of an activity were discussed.

However, businesses and insurers must take note that waivers signed by or on behalf of minors are unlikely to be enforceable in Canadian courts as a complete bar to a claim and must factor this into their liability risk analysis.