It’s a challenge familiar to most brokers: Ten producers each make a sales pitch to one prospective client. Which pitch will the client choose?

Welcome to the competitive, dog-eat-dog world of sales – only this time, the stakes are different. Brokers are playing for pride at the Pitch to Win competition held in June by the Young Brokers Conference (YBC), hosted by the Insurance Brokers Association of Ontario (IBAO).

Armed with some additional details about their clients’ needs and wants, teams of relative strangers were put together to come up with the best way to pitch a package that would suit the needs of the prospective client. 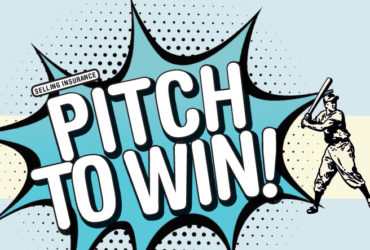 The mission wasn’t about coming up with the best product offering. The goal for each team was to deliver the best pitch during a five-minute presentation window.