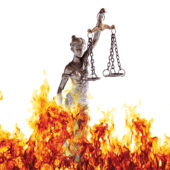 We have not seen a lot of arson cases go to trial in civil court recently, but in Patrick Guilbert and Guilbert Enterprises v. Economical Insurance Co., the insurer successfully defended the denial of a fire loss claim in civil court despite the absence of a criminal charge.

The case was heard by the Manitoba Queen’s Bench in March.

Arson cases require a three-pronged proof, the “Arson Triangle.” These are:

1) proof of an incendiary (deliberately set) fire cause;

2) proof of motive or some other form of connecting evidence; and,

3) proof of exclusive or ample opportunity.

In some jurisdictions, actual proof of motive may not be required; however, in all civil cases there must be evidence connecting the subject to the fire. The evidence can be in the form of direct proof, or the trier of fact may make an inference based on circumstantial evidence that proves each of these requirements. 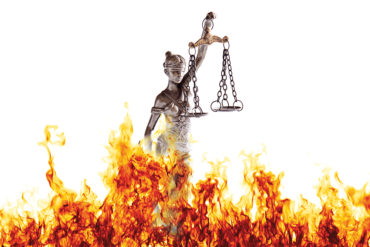 In Guilbert, the plaintiff operated a hardware store in a small Manitoba town. Patrick Guilbert was the principal and controlling partner of the business. The store was destroyed in a fire on Feb. 25, 2015. Guilbert filed a claim with Economical for more than $3 million.

Guilbert had been experiencing worsening financial issues for at least a year. A deal to sell the business fell through several days before the fire. On the day of the fire, Guilbert was the last person to leave the store. Within four minutes, an employee saw smoke coming from the building.

Various fire investigators felt the fire started in an attic, but the origin of the fire and the ignition source was a matter of debate. The RCMP did not lay criminal charges in the case. A final proof of loss was submitted by the insured in June 2015. Two months later, the insurer denied coverage for the loss.

At trial, the court spent considerable time on the insurer’s arson defence. The onus was on Economical to prove this  fire was intentionally set.

The insured conceded he had a failing business, providing motive.

Three investigators examined the scene. Two concluded that the fire case was “undetermined.” The third, brought in by the insurer, was clear that the timing, area of origin and rapid spread of the fire were consistent with an incendiary fire.

Interestingly, given the lack of opportunity for the experts to review scientific or physical evidence, the judge found that the expert reports were not essential to his conclusion. The judge thus may have concluded arson was established based only on the circumstantial and direct evidence of the non-expert witnesses at trial.

Like in most cases, there was risk in taking this matter to trial – but here especially so. The public authority concluded that the cause of the fire was “undetermined.” The insurer’s fire expert did not attend the scene. He was drawing his own conclusions by reviewing the work product of the fire marshal and the claimant’s expert. As it turned out, the insurer’s expert clearly did a terrific job in the witness box, convincing the trial judge that it was only logical that this was an incendiary fire.

The judgment shows how much weight the judge put on circumstantial evidence. The court addressed several questions, including whether it was logical for an accidental fire to break out in this building only a few minutes after the owner had left the scene. The judge concluded that clearly the only one with motive and opportunity to start the fire was Guilbert.

In this trial, there was overwhelming motive reinforced by exclusive or ample opportunity. These two parts of the Arson Triangle won the day for the insurer.

It is a serious decision for an insurer to deny coverage for a claim by alleging the insured committed a criminal act. This is particularly true in situations where the public authorities have not laid criminal charges.

In this case, the insurer clearly felt there was overwhelming evidence of motive combined with ample opportunity. The gamble was whether or not the insurer’s fire expert would be convincing in the witness box, and whether or not the plaintiff was credible. In this situation, policyholders across Canada won the day, with the court turning aside a claims payment worth more than $3 million.

Glenn Gibson is president and CEO of The GTG Group.

Andrew Eckart is a mediator and lawyer with Eckart Mediation Incorporated.