For Canada’s reinsurers, the country’s relatively small premium pie presents a number of unique challenges. First, it remains a challenging market in which to grow. And second, the number of natural catastrophes is steadily increasing; thus, so are reinsurers’ claims costs.

And yet, reinsurers are still bullish on Canada. It is a stable, mature market that has only one major modeled peril  that represents a potential threat to a reinsurers’ capital – earthquake. That’s an ideal situation for a global reinsurer that is keen to spread its risks across a worldwide book of business.

“Canada remains one of the more interesting markets for reinsurers, primarily because it diversifies the large global peak risks,” observes Monica Ningen, CEO and president of Swiss Re Canada. “If you were a small reinsurer, it might be harder for you if your only peak peril was B.C. quake. The B.C. quake is big – it is a peak peril – but from a Swiss Re standpoint, we see it as diversifying our other global peak perils.” 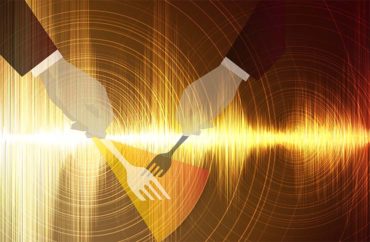 Earthquake also provides a bread-and-butter premium base for reinsurers.

Canada’s solvency regulator, the Office of the Superintendent of Financial Institutions (OSFI), requires federally regulated insurance companies to have access to enough capital to honour insurance claims after a major earthquake. Insurance Bureau of Canada (IBC) commissioned an earthquake study in October 2013; it estimated the overall insured damage following a Magnitude-9 earthquake in British Columbia would be $20.4 billion. To put that into perspective, all of Canada’s federally regulated insurers wrote approximately $48 billion in premiums in 2017. A B.C. earthquake would wipe out just under half of the country’s total insurance premium base in one shot.

“With Vancouver and Victoria in the West and Ottawa-Montreal in the East, tremendous economic values are concentrated right above those zones, making local and national economies extremely vulnerable,” says Philipp Wassenberg, president and CEO at Munich Re Canada and Temple Insurance. “OSFI takes this into consideration by mandating all Canadian insurers to reinsure their earthquake risks in these zones in any given year. This provides a guaranteed income for reinsurers, and this comes with a significant downside, of course, because the limits that are bought will need to cover 1-in-500-year events by 2022.”

In addition to earthquake, Canada is home to two emerging non-modeled perils – wildfires and floods. In Alberta, the 2016 Fort McMurray wildfire cost the Canadian property and casualty insurance industry a record $3.8 billion. Five of the next Top 10 claims events over the past 11 years were caused by flood. This year, bad weather across Canada has cost insurers $1.4 billion already, primarily due to storms in Ontario and Quebec.

Have these non-periled events given reinsurers doing business in Canada any cause for concern?

Jan Zimmermann, head of property and casualty at the Hannover Re Canadian Branch, observes that the Fort McMurray wildfire, the largest insured loss in Canadian history, simply proves the point that the country’s reinsurance marketplace remains a good place to spread risk across global balance sheets.

“Yes, we had the largest loss event ever with Fort McMurray,” Zimmermann observes. “But looking at it two years later, the market was able to absorb that shock-loss without any major dislocation. That tells me that, despite having a large-scale catastrophe in Canada, the country still seems to be a good place to diversify risk for companies that are focusing on North America in general.

“It’s a good place for reinsurers that may be more threatened by hurricanes in the U.S. and the Caribbean or,  on a worldwide basis, earthquakes in Japan or European storms.”

At the 2018 Insurance Brokers Association of Ontario (IBAO) Convention in October, Travelers Canada president and CEO Heather Masterton noted that many of these natural catastrophe losses have been retained by the primary insurers, with not much passed along to reinsurers.

Steve Smith, president and CEO of Farm Mutual Re, says there is still a lot of capacity in the Canadian reinsurance marketplace. “Are the climate, storms and weather-related losses changing our perspective a little bit?” he says. “I think so. I mean, rates are moving upward slowly. But there is still a strong appetite to participate. You’re not seeing [reinsurance] treaties come in short of their 100% authorizations. When you start seeing companies coming up with 60% or 70% authorizations, then I think you know you have a problem. But when you are seeing 120% or 130% authorizations, the capacity is there. They are still interested.”

The concentration of risk among primary insurers means it is a challenge for Canadian reinsurers to find “uncorrelated” opportunities to spread the risk. “For example, if a big storm hits Toronto, it hits Aviva, it hits Intact, it hits TD Insurance – and the same reinsurers are on all the same programs,” Smith explains. “These large primary [insurers in Canada] have significant concentration risks. By the same token, though, the reinsurer is on every program in Canada. So, for [reinsurers] to find uncorrelated risk is really difficult.”

Farm Mutual Re is rural, providing an illustration of uncorrelated risk. “So, for instance, when the heavy storms hit Calgary and Toronto [in 2013, causing collective flood damage of $3 billion], we didn’t have a loss,” Smith says. “But when a tornado hit Goderich [in Ontario], we were a third of the Goderich loss [estimated at $110 million]. The reinsurers are trying to find uncorrelated opportunities, but there are not that many.”

Also lacking are opportunities for growth.

“The Canadian reinsurance market has been mainly stagnant over the past decade, with no sign of significant upward or downward development yet,” reports Wassenberg. “Nevertheless, a somewhat similar trend observed in the U.S. has been partly reversed after last year’s Hurricane events. Apparently, some primary insurers there positively reassessed the effectiveness and usefulness of reinsurance.”

The Reinsurance Research Council (RRC) represents a majority of Canada’s property and casualty reinsurers, with approximately 19 to 22 members in any given year over the past decade. Last year, RRC’s members wrote net premiums of $4.9 billion (with Lloyd’s Underwriters accounting for $3.4 billion of that) — only half a percentage point more than the year before.

Over the past decade, annual growth rates for reinsurance premium have typically hovered around 3%, RRC statistics show. “It’s not happening,” Joseph El-Sayegh, president and CEO of SCOR Canada Reinsurance Company, says of growth. “The measurement will end up being for us more growth in market share than in growth by premium.”

El-Sayegh says he does not see room for much more growth in the future, unless one of two things happen. The first would be a new product coming to the market. Some are optimistic about growth opportunities arising out of totally new products like cyber, for example. “We expect cyber insurance to have exponential growth rates in the coming years,” says Wassenberg. Cannabis and flood are similarly cited as potential areas for reinsurers to grow.

Another catalyst for growth in the Canadian reinsurance market could be a regulatory change, El Sayegh notes.

Regulatory change affecting reinsurance in Canada is forthcoming. OSFI’s June 2018 guidance paper on reinsurance highlights a concern about the emergence of the “leveraged business model” in Canadian reinsurance. For example, a high policy limit is written, and the reinsurance is provided by entities located outside Canada (examples would be parent companies or unregistered reinsurers operating outside Canada). OSFI wants to make sure those funds can easily be flowed back to Canada when catastrophic claims occur.

To allay the concern, OSFI is proposing a requirement that federally regulated insurers do any one of the following:

“OSFI’s mandate to tighten up or impose a lot of capital restrictions doesn’t really make a lot of sense for a lot of reinsurance members on the RCC,” says Smith. “I think what OSFI is trying to deal with is true fronting operations, but [their proposal is] affecting everybody.”