The resilience bond – which first arrived on the public stage toward the end of last year – is the latest financial instrument in the property and casualty insurance industry’s arsenal of alternative risk transfer (ART) mechanisms.

While no issue of resilience bonds has been made as yet, the conceptual structure of this new ART tool drew attention last December when global reinsurer Swiss Re – in conjunction with risk modelling company RMS, Goldman Sachs and the Rockefeller Foundation – produced the prototype of a resilience bond.

Resilience bonds seek to provide insurance benefits from infrastructure improvements and monetize the physical and financial risk reductions associated with investments in resilience systems, noted a joint statement at the time. 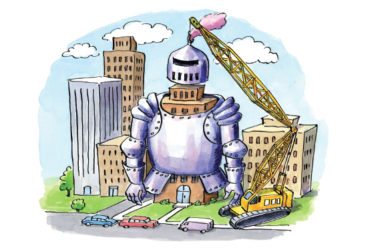 “We are confident that well-structured risk transfer mechanisms can both help communities recover more quickly from severe shocks and make them more resilient ahead of potential disasters,” commented Judith Rodin, president of the Rockefeller Foundation.

Alex Kaplan, senior client manager for Swiss Re Global Partnerships, says he is hopeful for the future of resilience bonds. With the current abundance of global investment capital in search of new opportunities, coupled with the fact many cities are cash-strapped with regard to allocating funds for infrastructure risk mitigation, the concept of a resilience bond seems ideal for all parties, Kaplan suggests.

The complexity and multiple components associated with the issue of a resilience bond requires bringing a number of parties to the table, something that has hindered the actual issue of this form of bond to date, he suggests. Resilience bonds in concept “are still very much at a conversational stage; there is still a fair amount of work to do. But, a lot of people believe in the vision of this [resilience bonds],” Kaplan adds.

“However, the risk modelling aspect is key to the structure of a resilience bond – it has to be measurable,” he says.

In a nutshell, the “pure” version of a resilience bond is similar to the issue of standard government or corporate bonds, with the objective being to raise working capital.

Resilience bonds, however, are, in theory, structured to raise capital for specific infrastructure risk mitigation projects. As a result, the target sponsor (the entity under which the bond is issued) market is mainly cities and, possibly, other state/province bodies.

To be financially viable, the structuring of a resilience bond would likely involve a minimum capital issue in excess of US$30 million to US$40 million, which limits the number of possible sponsors, observes Greg Lowe, global head of resilience and sustainability at Aon plc.

As an insurance financial instrument, a resilience bond is more likely to take the hybrid form of a capital bond combined with the more traditional structure of a Cat bond, Lowe explains.

In this respect, the resilience bond issued would involve the sponsor paying the bond issuer – the (re)insurance company – a premium less than the normal price based on the reduced risk associated with the infrastructure risk mitigation project. As protection against an unforeseen loss arises, the sponsor would also receive a contingent payment based on specific triggers being activated, Lowe notes.

Presumably, the main benefit for sponsors with regard to resilience bonds is what is referred to as the “resilience rebate,” which is the margin saving on the insurance premium as a result of the risk mitigation project. For instance, if the standard insurance premium without the risk mitigation component amounted to $100, but then dropped to $90 as a result of the resilience bond issue, the sponsor would have achieved a premium rebate/deduction of 9%.

Ben Brookes, vice president of capital markets at RMS, says many of the concepts associated with a Cat bond and a resilience bond are similar.

“A Cat bond provides collateralized protection against catastrophic events, and are triggered by their occurrence,” Brookes explains, while “a resilience bond introduces another concept – the planned reduction of risk over time through some sort of mitigation scheme, the benefits of which can be quantified and priced into the structure, resulting in a resilience rebate which can be put towards the cost of mitigation.”

As such, in terms of its structure, a resilience bond conforms to the premise of “parametric insurance coverage,” where a loss payout is based not on the actual value of a loss incurred, but on specific trigger(s) with the payout to the “insured” made by the bond investors via the issuer.

As the payout resulting from a catastrophe is not based on actual loss incurred, but, rather, a pre-set amount based on the bond’s triggers, the settlement is far more rapid than traditional insurance coverage, Lowe reports.

Parametric insurance products fall under insurance-linked securities (ILS), which serve as a form of ART involving private sector financial investors. Since a claim payment depends on parametric triggers being activated, which can be easily determined, rather than an actual loss, which would have to be quantified, claims can be processed far more rapidly.

A Brookings Institute paper highlights the added value of resilience bonds over traditional insurance. “The idea is to link insurance coverage that public entities can already purchase – such as Cat bonds – with capital investments in resilience infrastructure systems,” it notes. “This connection between insurance and infrastructure is important because just as life insurance doesn’t actually make you physically healthier, Cat bonds do not reduce physical risks and only pay out when disasters strike.”

Subject to the complexities associated with the concept of a resilience bond, there are significant questions remaining unanswered in determining whether or not this “new kid on the block” is eventually going to find its place in the ART Cat market. Probably the biggest challenge is how to quantify the physical risk associated with a resilience bond in relation to its financial risk, Lowe points out.

The challenges associated with the resilience bond concept are significant, he suggests, the most obvious being whether or not cities would be able to afford the funding of infrastructure risk mitigation projects based on the premium rebate achieved.

For issuers and investors, there are questions on the table, Lowe says. How is the collateral component of the bond paid back? How would one structure the trigger layers? How long does it take to implement infrastructure projects?

“If you can make this [resilience bonds] work, it would be like hitting several birds with one stone,” he says.

Oliver Horbelt, head of Capital Partners Americas at Munich Re, notes that, similar to Cat bonds and infrastructure financing projects, the design of a resilience bond has to be highly tailored.

However, Horbelt comments, the basic building blocks would have to involve risk transfer, rebates tied to risk reduction measures and a final design that considers the specific needs and circumstances of the affected community.

Horbelt says he believes that, should a resilience bond issue make it to market, this financial instrument will likely garner significant interest. Munich Re has already underwritten parametric insurance policies to fund rapid repair initiatives for a large city in the United States to protect against the economic disruption of a large earthquake, he reports.

“Although no [resilience] bonds have been placed as yet, conceptual discussions about preparing for large-loss events, by means of investment in infrastructure as well as pre-financing mechanisms such as insurance, are well-advanced,” Horbelt reports.

Attoh-Okine is optimistic the resilience bond will make it onto the stage.

He is equally optimistic that demand for these risk mitigation financial instruments may expand from the public sector to embrace the private sector, particularly with regard to certain industries that are dependent on significant infrastructure investment, such as energy companies.

Brookes’s view is that there is already significant interest in the concept of resilience bonds from both the public and private sectors. He cites, for example, the Metropolitan Transportation Authority Cat bond that is triggered by storm surge measurements in the New York City area.

Adopting a more conservative stance, Kaplan says the introduction of Cat bonds took some time before the instruments became accepted by insureds and the investment markets. “I expect the same will apply to resilience bonds,” he adds.

Still, Kaplan is hopeful of a growing awareness within both the public and private sectors for the need to address Cat risk reduction through resilience investment.

There is definitely discussion in the private sector regarding the application of Cat bonds, Lowe says, so it is not an inconceivable leap to expect similar interest in resilience bonds once these instruments have gained acceptance in the public sector. However, he suggests, most corporations/enterprises with large infrastructure overhead are more likely to tap into traditional insurance coverages and/or issue their own corporate bonds for project financing.