It has been a year since Ontario’s Licence Appeal Tribunal (LAT) started hearing auto accident benefit (AB) disputes. As of late February, the LAT had received approximately 6,000 applications. As of early May, it had published 105 decisions. Although this may seem disproportionate to the volume of applications, the Financial Services Commission of Ontario (FSCO) took three years from its inception to reach 105 arbitration decisions.

The LAT has demonstrated that it is speedier than FSCO and maybe more efficient with the allocation of written decisions. But is it wiser?

The LAT started accepting applications April 1, 2016 in the midst of a two-year wind-down plan from FSCO to hear all remaining arbitrations. FSCO remains committed to its plan, with the last of pre-hearing scheduled by end March 2017 and a complete wind-down by end of the year.

The number of applications at the LAT on the whole has been significantly less than expected, when compared to the 26,000 applications received by FSCO in 2015. This has afforded the LAT the opportunity to maintain, for the most part, its regulated timelines. However, there is now evidence from the decisions published that it has started to slide beyond the promised deadlines.

As an example, the LAT proposed a timeline of 105 days from the application to a decision when in the written hearing stream. From the published decisions thus far, it can take up to 262 days for a written decision to be released. 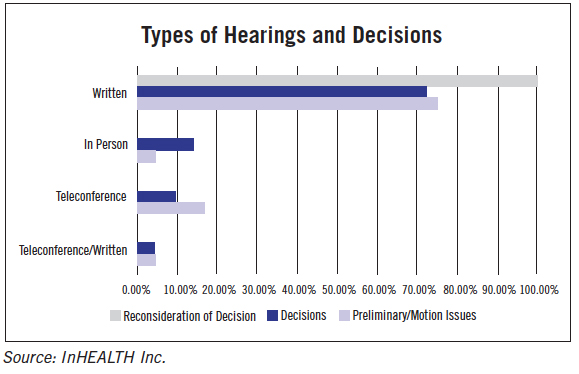 This would suggest a higher volume of cases will potentially erode the timelines even further. As of February, the LAT hired more adjudicators in anticipation of growth in applications.

On the face of it, the solution may be for the tribunal to hire additional staff, including more adjudicators. However, insurers and claimants could experience delays at the front end of the new LAT process, similar to the backlogs that they experienced with FSCO.

Justice Douglas Cunningham was appointed by the Ontario government to review the dispute resolution system made recommendations in 2014. At a panel discussion in November 2016, Cunningham highlighted key recommendations that were not adopted by government that he felt were vital to the success of a new system. Key amongst these is a gate-keeping function that would ensure full compliance with an enhanced mediation process.

Information in a recent Lawyers Weekly article reported that out of almost 6,000 applications, more than half were either settled or withdrawn. With only 149 cases having gone to hearing, this potentially leaves more than 2,000 cases unaccounted for. This might suggest that the case conference is not serving its intended goal of providing a robust mediation process.

As the LAT is trying to find its footing, modifications at the front end of the process, together with additional resources, will go a long way towards ensuring success.

In looking at the results, so far a key discussion point is the use of written hearings as an efficient means to get to the adjudication sooner. The decisions have largely been on single issues and relatively straightforward. The more serious or complex matters are not represented in the sample of reported decisions except for the ruling in P.F.L.R. v. Intact Insurance.

In that case, the issue in dispute was whether or not the applicant sustained a catastrophic impairment as a result of an motor vehicle accident (MVA) on October 22, 2015. This was an in-person hearing, where medical experts gave evidence regarding the validity of the Glasgow Coma Scale taken when the applicant was intubated. This was adjudged in favour of the applicant. 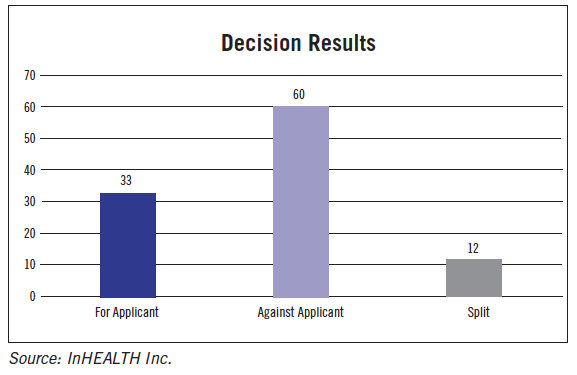 It remains to see how the LAT will handle the new definition of catastrophic impairment, which took effect for accidents occurring on or after June 1, 2016.

The results, quality and speed in which the decisions have been delivered, do serve to inform the industry and provide roadmaps on various issues. The decisions published appear to be equitable, thus far, trending significantly in favour of insurers.

It is noteworthy that these are older claims with an accident report year between 2011 and 2015. In many of these cases, the adjudicators found the applicants’ evidence wanting.

The reasoning of the LAT decisions has been fairly straightforward and measured. So far, statutory interpretation of ABs has not materially changed entitlement to benefits.

As of early May, there were no reported or yet published cases in which either side sought leave for judicial review.

If the LAT is, indeed, efficient, equitable, and proportional, why are the numbers of applications so low? In 2015, FSCO received 26,000 mediation applications and of those, 9,500 filed for arbitration. Logically, as FSCO winds down, applications to the LAT would be expected to increase.

It may well be the case that the marginal claims are not going forward, or they are avoiding the LAT and will present on the tort side. This remains to be seen. Also any claims denied after April 1, 2016 will have a minimum of a two-year limitation period before considering dispute options.

Another reason for the underutilization, as has already been heard, may not come as a surprise. Plaintiff lawyers at the panel in November 2016 were open about their hesitation toward bringing a LAT application. Concerns were raised regarding costs, evidentiary issues and questions of jurisdiction.

Without changes in the way of doing business, the LAT becomes the de facto replacement system to FSCO over run with cases that are not ready to be resolved.

On the surface, there has been an improvement in the speed to a decision in cases with straightforward issues without a lot of complexity. Given the promised timeline, there remain a high number of disputes within the LAT without any decisions. This has created speculation as to what the hold-up may be.

With a two-year limitation on filing a dispute, there are a mass of cases that still have not found their way through the system, potentially signalling trouble ahead.

The lower number of applications and age of the claim before the LAT likely represents a more cautious approach to the new dispute system. Fundamentally, the AB product is predicated upon the delivery of timely access to ABs to which an injured party is entitled. It is questionable if this mandate is being served.

Stakeholders ought to seize the opportunity to find other means to ensure timeliness and fairness to resolve disputes rather than relying on the LAT to be the panacea for all denied claims.

As the LAT enters its second year, will it become a shadow of the former system? Or will it avoid the pitfalls?