The playing field in insurance litigation is always a subject of debate, particularly in personal injury cases.

Some say the system favours plaintiffs, arguing that judges tend to be lenient at trials and award higher damage amounts. Others believe the system favors defendants, who can select to have an action tried by a jury; this leads to bias, they contend, because juries tend to award low and unpredictable damages amounts to plaintiffs.

Recently jury bias has become such a heated topic of debate that one plaintiff in a personal injury action, Kapoor v. Kuzmanovski, brought a motion seeking to exclude all jurors who pay insurance premiums in Ontario from the jury pool due to bias. 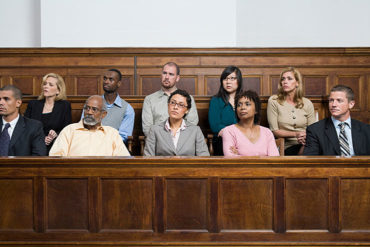 The premise of this motion, based on a survey of 300 Brampton residents, was that jurors would seek to lower their insurance premiums by limiting damages awards in personal injury cases. The plaintiff argued that all potential jurors who pay insurance premiums should be excluded from the jury pool due to bias. Given that certain types of insurance are mandatory in Ontario, the motion threatened the future of jury trials in Ontario involving insurance issues.

He ruled that the evidence in support of the plaintiff’s motion consisted largely of hearsay and was inadmissible. He thought the evidence was neither relevant nor could it be characterized as an expert opinion.

However, Justice Daley also considered whether the decision would have been different if the plaintiff had provided different or better evidence. His 44-page decision concludes the answer is no.
At the heart of the issue is the interpretation of the Juries Act. Section 3(3) of the act reads as follows: “(3) Every person who has been summoned as a witness or is likely to be called as a witness in a civil or criminal proceeding or has an interest in an action is ineligible to serve as a juror at any sittings at which the proceeding might be tried.”

This paragraph, the plaintiff argued, was grounds to exclude an entire class of citizens – i.e. those paying insurance premiums – from the jury pool. The judge disagreed, holding that the right to a trial by civil jury is a substantive right. Dispensing with a jury is reviewable and discretion to strike must be exercised judicially and not in an arbitrary manner. Furthermore, the Juries Act does not allow for a broad challenge for cause. There are only two forms of challenges in civil cases:

•lack of eligibility (i.e. the potential juror is not 18 years old, etc.) and

Ontario legislation simply does not extend to litigants a broad right of a challenge in civil cases, not even for racial bias, Justice Daley found. Limited statutory means exist for parties to an action to challenge jurors, but common law procedural safeguards are available for judges to combat partiality. For instance, there is judicial pre-screening in jury selections, and judges have the authority to discharge a juror during a trial for many reasons including partiality. Judicial instructions to the jury throughout the trial could also combat any potential partiality or other bias. It is not yet known whether the decision will be appealed. Either way, it seems unlikely that there will be any successful broad challenges to juries anytime soon.

Before joining McCague Borlack in 2015, Annette articled and worked for a prominent insurance defence boutique firm.