The views expressed in this article are those of the author and do not necessarily reflect the opinions of AIG Canada.

As regulatory landscapes continuously shift, the need for companies to carefully consider how they structure multinational insurance remains constant. There are many options:
• ensconcing coverage in multiple local policies
• relying on a single global policy
• combining both in a global controlled master program.

Some structures are drawing more regulatory attention than others. As such, it is increasingly important to ensure that multinational programs are compliant with all local requirements. Captives are especially vulnerable to scrutiny under the OECD’s Base Erosion and Profit Shifting (BEPS) protocol, which references tax avoidance strategies that exploit gaps and mismatches in tax rules, because some BEPS language specifically applies to them. 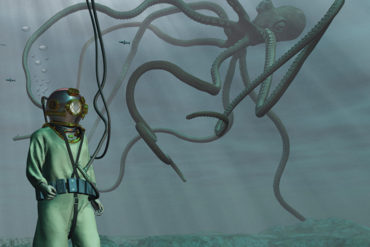 This dynamic backdrop underscores the importance of a properly structured multinational insurance program and the potential repercussions if such a program, or a captive insurance program, is deemed non-complaint.

Caught in a captive

Regulators are watching captives closely to ensure they are formed and operate for insurance purposes. Tax audits are likely to become more prevalent as authorities seek to ensure local premiums are commensurate with the local risk. If premiums and risk do not correlate, regulators may deem the captive to be a tax-evading vehicle. In this case, fines and penalties will be assessed and tax deductions could be inadmissible. Along with this financial exposure, allegations of captive misuse can create far-reaching reputational damage.

If a multinational company has a captive, and if it needs to issue policies in other countries for its affiliates, it may be bound by local regulations in those countries. If the jurisdiction in which the multinational affiliate operates requires locally licensed paper to be issued, the captive may likely fall afoul of local rules if it were to issue the policy directly itself. A captive must prioritize regulatory compliance in the same manner as a traditional insurance company, recognizing that the regulatory landscape is quickly evolving.

If coverage is deemed non-compliant, the stakeholders may face substantial fines and penalties, as well as lasting business ramifications. Authorities in Switzerland recently voided a non-admitted professional indemnity policy that a local broker purchased from a foreign insurer, leaving the insured without coverage for claims. The broker was also banned from the federal register and prohibited from practicing in Switzerland.

The number of additional stakeholders, time zones and language barriers can often result in delays in the implementation of a multinational program. Delays can be costly: if a captive or a traditional insurer fails to issue a policy or insurance certificate on time, the insured could fall out of compliance with local regulations and contractual requirements. This is a common problem, especially in countries requiring cash before cover.

Designing a multinational program will depend on a company’s individual needs, strategies and preferences. A captive can fill a pivotal role, but it should be set up and structured transparently. Also, it should be fronted by a trusted insurer that can provide the checks and balances required to show regulators it is fulfilling its intended purpose as an insurance provider.