Limitation periods serve a critical function in the civil justice system. They promote the timely resolution of litigation on the basis of reliable evidence, and permit litigants to assess their legal exposure and to plan accordingly.

If a plaintiff seeks to depart from the strict application of a limitation period, he or she faces an uphill battle. However, a plaintiff may rely on certain exceptions. 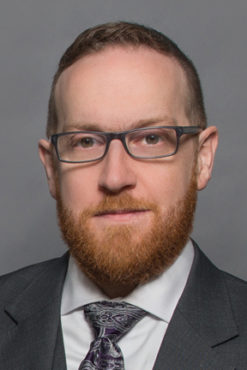 While a number of provinces have similar provisions based on acknowledgment of specific causes of action (such as liquidated claims or recovery of property), “confirmation” of causes of action in general (including negligence claims) is currently found only in Newfoundland and Labrador.

In Tuck v Supreme Holdings, released August 4, the Supreme Court of Newfoundland and Labrador, Court of Appeal considered the requirements for confirmation by payment.

This decision is of particular note for insurers, and provides certainty regarding the impact of payment for certain documents in the course of a claim investigation.

In Newfoundland and Labrador, a cause of action may be “confirmed” and the applicable limitation period is reset where a person does the following:

Acknowledgment of a cause of action

The same section was considered again in 2007 by Newfoundland and Labrador’s Court of Appeal in Meyers v. Dunphy. The appeal court held that confirmation does not create an exception to settlement privilege, absent special circumstances, such as blameworthy or meritorious conduct.

In other words, a party may not admit documents otherwise protected by settlement privilege in order to prove confirmation.

Payment in respect of a cause of action

Prior to the decision of the SCC in Ryan, there was considerable disagreement about the proper application of Section 16(1)(b) in Newfoundland and Labrador.

In Guinchard v. Bishop et al., released in 1997 by what is now the Supreme Court of Newfoundland and Labrador, Trial Division (NLSCTD), Justice Gerald Lang cited a line of British Columbia jurisprudence to hold that a payment to the plaintiff’s solicitor for a medical report from the plaintiff’s doctor constituted confirmation under Section 16(1)(b).

In the 1999 ruling by the NLSCTD, Wheaton v. Palmer, Justice David Orsborn took a different approach. In Wheaton, the defendant’s insurer paid $300 for a copy of the plaintiff’s medical report.

Though neither party raised this payment as a Section 16(1)(b) confirmation, Justice Orsborn considered the question in obiter, stating that a payment is only made “in respect of” a cause of action if it relates to the plaintiff’s entitlement to a remedy.

Justice Orsborn found that payment for a medical report did not “reflect or in any way endorse or accept the plaintiff’s entitlement to a remedy.” Rather, the court noted that often an insurer’s investigation leads to a claim denial. Therefore, it would be inconsistent with the principles underlying confirmation if a process that in many cases results in denying or refuting a claim, could actually “confirm” it.

However, Justice Orsborn’s decision was overturned on appeal, based on evidentiary issues. His interpretation was later singled out for criticism in the 2005 NLSCTD decision, Terry v. Dalton et al.

The court stated that there were no policy reasons to adopt such an interpretation where there was no prejudice to the insurer.

Instead, the court followed Guinchard to find that payment for the medical report constituted confirmation under Section 16(1)(b).

The Ryan decision came down in the same year as Terry. In Ryan, the SCC offered some comments regarding Section 16(1)(b). In accord with Justice Orsborn in Wheaton, the SCC noted that under Section 16(1)(b), the purpose for which the payment is made to the plaintiff is crucial.

In Ryan, like in Tuck and Wheaton, the insurer had paid for a copy of the plaintiff’s medical report. The SCC held that payment for medical reports was not indemnification, in whole or in part, for damages arising from the accident. Therefore, such payment was not made “in respect of” the cause of action.

In so deciding, the SCC specifically noted that Newfoundland and Labrador’s Court of Appeal in Wheaton erred in concluding that payment to a physician for a medical report constituted confirmation.

The plaintiff, Tanya Tuck, was involved in a car accident on December 28, 2009. Though she retained counsel, she did not file her statement of claim until February 28, 2012 (two years and two months after the accident).

The applicable limitation period in Newfoundland and Labrador for damages in respect of injury to person or property is two years. The defendants refused to consider the claim on the basis of the expired limitation period, but did make a payment for a copy of Tuck’s medical report.

Tuck applied to the NLSCTD for a preliminary determination of law that the respondents had confirmed the cause of action under Section 16(1)(b).

The provincial Court of Appeal first reviewed the lower court decision and the requirements of both sections 16(1)(a) and 16(1)(b).

The lower court judge had concluded that Section 16(1)(b) requires, in addition to a payment, some admission of liability. The appeal court disagreed.

In accordance with the principles of statutory interpretation, the appeal court held that the different words used in the two confirmation provisions meant that admission of liability was not required to engage Section 16(1)(b).

The Court of Appeal then turned to the issues raised in Guinchard, Wheaton, Terry and touched on by the SCC in Ryan: What does it mean to make a payment “in respect of that cause of action”?

Tuck argued for a broad definition, suggesting that without the cause of action, there would have been no medical report and no payment for that report. The Court of Appeal equated Tuck’s interpretation of “in respect of” as merely “in connection with.”

The appeal court rejected that argument, pointing to the SCC’s statement in Ryan that the purpose of the payment is crucial. Echoing Justice Orsborn in Wheaton, the Court of Appeal held that “in respect of” speaks to the “specifics of the cause of action in issue.”

In Tuck, that meant Tuck’s claim for damages arising from the accident.

The Court of Appeal also followed the SCC in Ryan, and held that the purpose of paying for copies of medical reports is investigatory, and not connected to damages.

The Court of Appeal confirmed the lower court decision that the payment for Tuck’s medical report did not constitute a payment “in respect of that cause of action” under Section 16(1)(b).

One further alternative argument raised by Tuck was whether or not payments for therapy treatments or lost wages engage Section 16(1)(b). Tuck raised this question in her arguments, but Newfoundland and Labrador’s Court of Appeal declined to answer it.

The court did caution insurers in obiter about making such payments and to consider making them on a “without prejudice” basis.

Tuck clarifies the effect of the SCC decision in Ryan on the application of confirmation in Newfoundland and Labrador, and provides certainty regarding the proper interpretation of Section 16(1)(b) of the Limitations Act.

It will also be of assistance to insurers in jurisdictions with confirmation/acknowledgment exceptions in their respective limitations legislation.

However, one must keep in mind that there are a number of differences between such exceptions across the country that must be carefully reviewed.

However, insurers should exercise caution when making payments on account of expenses that can be directly linked to the cause of action (for example, payments for medical and therapeutic treatments, lost income or housekeeping).

Such payments may be characterized as “in respect of that cause of action” sufficient to reset the limitation clock. Any such payment should be made explicitly without prejudice in order to preserve settlement privilege.