Is your brokerage looking to build a performance-based compensation plan?

Chances are, you are not alone.

In Canadian Underwriter’s 2018 National Broker Survey, more than 250 broker owners and principals shared their views on the effectiveness of four types of compensation techniques, including performance-based compensation. 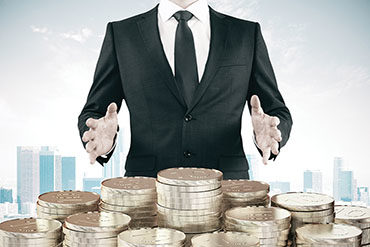 Of the 198 broker owners/principals who reported that they offered performance-based compensation, 66% rated it as a best practice (scoring it an 8-10 on a 10-point scale). That was higher than the results for three other compensation options, including profit-sharing plans, employee share-owning plans, and employee recognition programs.

But if you’re planning on undertaking a performance-based compensation plan, don’t be too hasty in implementing it, advises Whitby, Ont.-based Mitchell & Whale Insurance Brokers.

“Spend time building your plan,” says Amanda Ketelaars, the brokerage’s operations manager. “Know what you want the outcome to be. List all the pitfalls that might be encountered with individual performance, as well as team performance, and how you can avoid them. There is a serious butterfly effect here of accidently incentivizing the wrong thing down the road.”

For Mitchell & Whale, performance-­based compensation can take many forms. Among them:
• bonuses for hitting or exceeding targets as a team

Whatever form it takes, a performance-based plan requires a clear definition of a good performance. Once you know what counts as success, the next step is to measure how close you are to achieving it.

“No matter which way you slice it, it’s about transparency and honesty in what you are measuring and rewarding,” Ketelaars reports. “The secret is to make that a data-based decision, so that those who excel at managing or sucking up are not rewarded over the person who is incredibly effective. It’s not easy to define or manage those metrics, but if you can hold yourself and the team to that high standard, it can pay dividends.”

It’s also important to align the performance plan with the company’s culture, vision and values. “With the proper planning and by setting the parameters and expectations, this type of compensation can be motivating and effective,” Ketelaars says. “Our sales brokers have been compensated based on performance for a few years with great success.” While it is not implemented with everybody, “we continue to look at it as an option and will implement it to other departments when [or] if it makes sense.”

For digital brokerage Surex Direct, performance-based compensation is used for everything, be it new business, endorsements or renewals. “Anything involving the premium of the client” is fair game for influencing the broker’s salary, says Ryan Kirk, the brokerage’s vice president of operations for eastern Canada. The Magrath, Alta-based brokerage is 100% commission-based.

Does this eat-what-you-kill commission model really improve a broker’s performance? “Absolutely,” Kirk says. One reason why it is so effective is that brokers aren’t hired as employees, they’re hired as independent contractors. “They look at their job as their own personal business in a sense, kind of like a real estate agent,” Kirk says. “They don’t really have to market themselves [because they operate under the Surex brand], but their efforts are rewarded and there’s no cap on what they can earn. By being an independent contractor and not being capped in their commissions, brokers are actually excited because…they’re usually making more than industry standard if they are a good broker.”

Is it for everyone? Kirk acknowledges it can be a challenge to find people who are comfortable with a 100% commission-based model. “You get a lot of applicants who aren’t sure of their potential or [what] their success percentage [would be] if they were to start here or not,” he says. “The ones who do come on board understand that they’re taking a risk. But every single one we’ve brought in has been glad they’ve taken this risk. They see how much they are able to sell, how much they are able to earn, and how much they are able to retain year after year.”

What advice would he give to other brokerages interested in implementing a similar compensation model? Make sure you find brokers who are willing to put in extra hours, and who like setting the bar high for achievement. “You need brokers who are driven,” Kirk says. “If you have somebody who won’t start until nine and won’t work past 5 o’clock – if they see this just as a job where they leave at the end of the day – that’s not the type of brokers that we hire. Our brokers make themselves available at 8 o’clock or 9 o’clock at nights or on weekends, when people are requesting quotes.”

Commission-based models don’t have to be all-or-nothing. In addition, as Katelaars observes, they don’t have to be implemented universally throughout the entire organization. “Test with a single department or specific roles,” she advises. “Keep it in line with your culture and mission. When you roll it out, be comfortable to change quickly if something is not working and keep clear, transparent and open communication with all team members.”