One could argue that John Sharoun owes a rewarding, four-decades-long career in insurance to a “beater” and an assertive broker.

Insurance was not on his career radar, in his mind or even a passing notion when Sharoun, now executive general adjuster and senior consultant with Crawford & Company (Canada) Inc., returned to Toronto from a stint of backpacking in Europe after his first year of university. What was on his mind was getting a car.

Enter the beater: that cheap, seen-better-days mode of transportation that may have been regarded as a staple for a young man in 1973. But what is a vehicle without insurance? 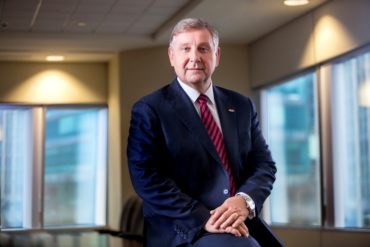 Enter the assertive broker. A friend of the family, the broker gave Sharoun the, “‘So now that you’ve been fooling around for a year, what are you really going to do with your life?’ routine,” he relays.

Later that day, the broker called back. “‘Here’s your quote for your insurance,'” he said.

“‘And you have an appointment at the Hartford tomorrow morning for an adjuster training position. Be there at 9 o’clock.’ And so I was.”

That Sharoun had no idea what an adjuster trainee did was beside the point. He interviewed, and with the broker’s recommendation, began his insurance career.

It has been a wide-ranging career, providing views from the carrier, business owner and independent adjusting sides of the business. At Hartford Insurance, where he worked from 1973 through 1979, Sharoun advanced to assistant branch manager of the Toronto office; at Allstate Insurance Company of Canada, he joined the company’s fledgling commercial division – starting as commercial examiner in 1979 and finishing in the late 1980s as Canadian commercial claims manager – to witness the entire commercial team grow from a staff of about 20 or 30 to more than 275 Canada-wide thanks to the concerted efforts of the whole team; and at Laurentian Casualty Company of Canada, he assumed duties as vice president of claims.

Ending his tenure on the carrier side, Sharoun joined three other partners to launch an independent adjusting office, initially known as Cherrie Lowthian Smith and Sharoun in 1990.

There, he learned plenty about insurance, but also about running a business. “There’s a direct correlation between the telephone ringing, getting a new assignment and actually being able to pay all of your employees,” Sharoun quips, adding it was a different kind of pressure, but a great learning experience. 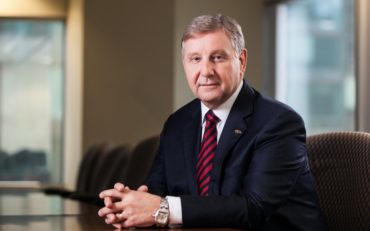 The firm was acquired in 1996 by what was then Adjusters Canada, which itself was acquired by Crawford & Company (Canada) in 1998, to become Crawford Adjusters Canada. With his solid experience in commercial lines, Sharoun was named Canadian head of major and complex loss before taking on duties as Crawford Canada’s chief operating officer in 2006 and chief executive officer (CEO) in 2007.

Starting in 2013, he spent a few years in the United States – serving first as CEO of specialty markets, the Americas and then as CEO of global technical services, the Americas – before returning to Toronto this past January. Now, he pursues his interests in major and complex loss management while also being involved with consulting projects across the Americas. Sharoun never finished that university degree, opting instead to concentrate on his insurance education, training and designations. Beyond the internal training he received at Hartford and Allstate – “American companies in those days trained their own.” – he obtained his Chartered Insurance Professional (CIP), Fellow Chartered Insurance Professional (FCIP) and Associate of the Insurance Institute of Canada designations.

Later on came the Canadian Risk Management, Fellow Canadian Independent Adjusters Association, Certified Fraud Examiner and Fellow of the Insurance Institute of Canada designations. “Whatever opportunity anyone gave me to learn or have any formal education, I took absolute advantage of that,” Sharoun says. “I also took every assignment, no matter whether it was a good one or a bad one,” believing “the more exposures I had to different things, the more that I would learn,” adds the recipient of the 2016 Greater Toronto Area Fellow of Distinction Award from The CIP Society, the graduate division of the Insurance Institute of Canada.

Nominated by colleagues, the final selection is based on industry reputation, leadership ability and a number of personal qualities, including core values, mentoring and volunteering pursuits. Both honoured and humbled, Sharoun says, “I try to contribute each and every day and I try to make sure that I do the right things, and, then, I think the right things beget some pretty good outcomes.”

For those in independent adjusting, there are certainly challenges ahead, Sharoun says. Citing the future of automobiles, what is going to happen with driverless cars and how that may change “the insurance business and the claims reaction is obviously something that’s on the table.”

Whether driverless cars, the Internet of Things (IoT) or smart homes, claims adjusters will need to be ready and to respond in an informed way. Consider, for example, smart homes. “How we deal with that, how we react to that and the information it provides from a claims perspective when a loss happens is going to be very interesting,” Sharoun suggests.

With the rapid growth in technology, it will be important to leverage technology, but take care not to “lose the people piece,” he says. “At the end of the day, technology enables us to have more information and to provide more options to the policyholder, but when they’re in their time of need, they want to speak to a real, live person.” Beyond new drivers like IoT, analytics and artificial intelligence, though, are old ones, like the impact of weather.

Improved technology and communication is helping to understand the nature and extent of catastrophic events quickly, Sharoun says. “The ability to gauge how bad an event is, how widespread an event is and what the local resources are versus what might be required is something that has come an awful long way,” he notes. 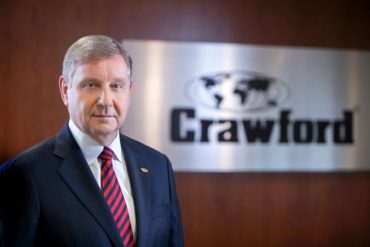 Having a firm grasp of data and trends could help to meet ever-increasing customer demands. “I don’t think there’s any question that we have a much more demanding customer than we ever did, both in terms of immediacy and the level of customer service expectation,” he says. “Using technology to be able to not only leverage that focus, but measure that and have a path of continuous improvement, I think, is something that is very high on everyone’s mind.”

There are things about the claims picture today that are different than when Sharoun began his career, but some things remain constant.

One change is having a global view, perhaps advanced by industry consolidation. This wider view has opened up the potential for companies to communicate, individuals to advance beyond their borders and everyone to share lessons learned. It is now more “simple to share ideas and put best practice into place across the globe very quickly,” Sharoun suggests. To his mind, co-ordination and openness to new ideas is a positive. From a leadership perspective, it is something he strives to foster.

“When I got into the role of a leader,” Sharoun sought to “create a very challenging team environment and create opportunities for people, empower them, surround myself with the best people I could find and let them do their thing.” People need to be in a position to step up.

“Sometimes, a manager appreciates that you took on a challenge even if it’s a loser at the end of the day,” he says. “I created the opportunity where I was, hopefully, always at the right place at the right time.”