New insights often challenge the established view. The view of earthquakes in Canada is changing, including shifts in the seismic risk within the greater Metro Vancouver area and in the balance of seismic risk between the east and west.

Starting with Metro Vancouver, insured seismic risk was previously viewed as being more heavily concentrated in the city proper, given the exposure concentration, including a prevalence of high-value buildings. But based on insights, the product of a new RMS model focused on earthquake risk in Canada, it appears insured seismic risk is driven more by exposure in the expansive region to the south of Vancouver, which straddles the main arm of the Fraser River. 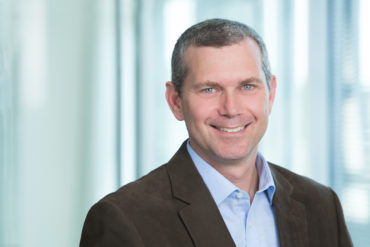 Why is this region in focus? It is worth examining how it was created. For thousands of years, the Fraser River carried sand, silt and other sediments westward towards the Georgia Straight, helping to create a network of islands. Today, these islands and their surroundings are home to the fast-growing City of Richmond, the Vancouver International Airport, Deltaport container terminals and more, all of which sit on top of what geologists call a sedimentary basin. The portion of the basin to the south of Vancouver, call it the Vancouver Basin, has deposits of soft soils as deep as 300 metres.

The Vancouver Basin accounts for about 10% of the total earthquake-exposed value within British Columbia, but contributes about 20% of the province’s modelled insured (or gross) average annual loss and 500-year return period loss (for this particular article, earthquake-exposed value — that is, after taking into account penetration rates, but before applying policy terms — and modelled loss considers all lines of business and coverages, although not high-value specialty occupancies, such as power plants, which were removed to generate results that reflect more typical insurance portfolios.

In contrast, the City of Vancouver accounts for about 13% of British Columbia’s total earthquake-exposed value while contributing about 15% of the modelled insured average annual loss and 500- year return period loss.

It is tempting to attribute this shift to differences in growth patterns between the City of Vancouver and the Vancouver Basin. But analysis indicates the new view of risk is driven by improvements in seismic risk modelling and not changes in insured exposure.

Ground motion amplification that occurs during earthquakes is a key consideration. Softer site conditions, such as those made up of silts and clays, tend to amplify shaking compared with stiffer site conditions, such as those made of rock. This amplification has been observed in past earthquakes and contributed, for example, to the heavy damage in the Marina District of San Francisco, following the magnitude 6.9 Loma Prieta Earthquake in 1989.

Although ground motion amplification can occur anywhere there are soil deposits, the magnitude of the amplification is even more pronounced for buildings on sedimentary basins, such as is the case in the Vancouver Basin.

The geologic structure and deep deposits of soft soils within a basin amplify shaking several times greater than would otherwise be observed for taller buildings. For example, the sedimentary basin beneath Mexico City, coupled with inadequate design and construction standards, resulted in the collapse of more than 400 buildings following the magnitude 8.0 Michoacán Earthquake in 1985.

The magnitude of ground motion amplification depends on a number of factors, including the magnitude of an earthquake, the distance between the earthquake source and the site, the depth of the basin and the characteristics of a particular building. In general, shaking can be as much as two to four times greater for taller buildings within basins compared with those located on rock

Modelling techniques that only consider the surface soil conditions generally underestimate the ground motion amplification within basins. But recent research by Sheri Molnar at the University of Victoria and scientists at Natural Resources Canada and elsewhere have provided important data to improve modelling the potential impact of amplification.

Predicting where liquefaction will occur is another important feature of modelling to identify risk. Liquefaction — a process in which loose and saturated sandy soil transforms into a semi-liquid state during strong earthquake shaking — was a major cause of damage during the 2010-2011 Canterbury earthquake sequence in New Zealand. One of the tremors, the magnitude 6.3 Lyttelton Earthquake in 2011, led to widespread liquefaction in the City of Christchurch, especially along the Avon River, which cuts through the city. The liquefaction caused the ground to vertically settle and, especially closer to the river, move laterally, undermining building foundations.

The destruction and loss of life from these earthquakes was tragic, but the events provided a huge opportunity to learn, acting as a laboratory for the earthquake engineering community. The billions of dollars in claims data, in addition to numerous studies by academics and practitioners, has resulted in a vastly improved understanding of the conditions necessary to cause liquefaction and its impact on the built environment.

One observation from Christchurch is that shallow ground water acts as a sort of fuse for liquefaction, and without it, regardless of other conditions, the process will not occur.

Another observation is that the severity of liquefaction varies significantly over short distances. Maps of liquefaction severity following the Lyttelton Earthquake show dramatic differences in liquefaction over areas just tens of metres apart.

This is especially true close to water channels because of the prevalence of loose soil and their “open faces,” which allow the ground to displace laterally.

Colum­bia has all of these liquefaction triggers present: shallow ground water; loose, sandy soil; and a web of river channels. It also has the most important trigger of them all, nearby faults and the Cascadia Subduction Zone, with the capacity to produce large earthquakes.

Looking north of the Fraser River, to­wards the City of Vancouver, modelled insured seismic risk has reduced. Ironi­cally, this is partly driven by reduced modelled ground motion amplification and liquefaction in the city, but there are other important factors at play. For example, some types of reinforced con­crete buildings that are common in the city are now viewed as less vulnerable than they were previously because engineers now better understand their seismic performance.

Looking towards the east, to the prov­inces of Ontario and Quebec, modelled insured loss (average annual loss and the 500-year return period loss) for these provinces has reduced by more than 40%. This change is driven primarily by an improved understanding of seismic hazard within the St. Lawrence River Val­ley, home to the cities of Montreal and Quebec City, among others.

This leads to another important shift in Canada’s overall modelled insured seismic risk, considering a nationwide perspective. With seismic risk reducing in Ontario and Quebec while remaining relatively stable in British Columbia as a whole, seismic risk is even more heavily concentrated in the west. British Colum­bia now accounts for almost 65% of the country’s insured modelled average an­nual loss and about 75% of the 500-year return period loss.

While changes in risk modelling drive this new view, it is important to acknowl­edge that earthquake insurance take-up is much lower in Ontario and Quebec than it is in British Columbia.

Risk-modelling techniques have im­proved in recent years, thanks to the advances in earthquake science and engineering, as well as lessons learned from past earthquakes. These advances provide insights into a changing insured seismic risk landscape across Canada.

The insurance industry should be aware of these changes and strive to use these emerging insights in their business de­cisions.

Looking for more? The following recent earthquake news may also be of interest.

Preparation, not panic, is the way to address earthquake risk: IBC’s Don Forgeron