If a house collapses into a sinkhole, is there coverage under a standard homeowner’s policy?

A family in Falmouth, N.S. recently grappled with that question when they were denied coverage for the peril; they have since told the media that they are considering legal action against their carrier, Wawanesa Mutual Insurance Company. The homeowner tried to submit a claim after the sinkhole opened up under their home on Sept. 3, 2017, but says the insurer denied the claim due to an ‘earth movement’ policy exclusion. 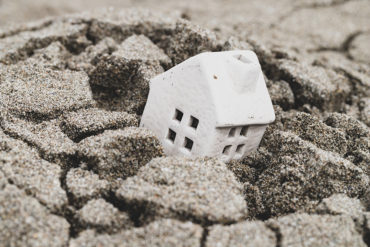 Wawanesa says it does not comment publicly on any specific claim, nor does it discuss matters currently under dispute. That said, the insurer points out that personal property insurance policies in Canada, in keeping with advisory wording from the Insurance Bureau of Canada (IBC), generally exclude damage if it is “caused directly or indirectly, in whole or in part by snowslide, earthquake, landslide or any other earth movement, regardless of any other cause or event that contributes concurrently or in any sequence to the loss or damage.”

Stefan Tirschler is product and underwriting manager with Square One Insurance Services in Vancouver. He believes standard home insurance policies usually contain some form of an earth movement exclusion that “in many cases would also encompass sinkholes if they were to arise spontaneously on their own.”
Does that mean that sinkhole damage is uninsurable? Not necessarily.
There may be coverage under an earthquake endorsement. IBC also has advisory wording related to earthquake coverage, but “companies are free to use their own policy wordings,” said Pete Karageorgos, IBC’s director of consumer and industry relations for Ontario.
For example, coverage may apply if a sinkhole opens up as a result of an earthquake, a landslide, or a snowslide. This kind of scenario is typically considered subsidence or liquefaction.
In contrast, things like settling of earth after a new home is built are not covered, Karageorgos clarifies. In this example, “it’s not an insurable situation, it’s a maintenance issue.”
Another consideration is when the event occurs. For IBC, a single earthquake event is defined as seismic shocks that occur within 168 consecutive hours. But individual companies may choose to use different time periods in their policies.
Proximate cause of loss is another important factor in determining coverage, Karageorgos and Tirschler agree. “If an earthquake triggered that sinkhole, and you have the earthquake endorsement, I would say you’re covered,” Karageorgos said.
Added Tirschler: “If the sinkhole-related damage is concurrent with or caused by an earthquake, then coverage may be provided by some insurers’ earthquake endorsements. However, if an ordinary sinkhole causes damage to a home in the absence of an earthquake, then an earthquake endorsement generally will not be triggered, and an ‘earth movement’ exclusion may continue to apply under some policies.”
There is a lot of variation in policy language, Tirschler observes. “Some go so far as to state specifically that earthquake will include other forms of earth movement resulting from earthquake,” he said. “And then some are not quite that specific: They’ll simply include coverage for the peril of earthquake itself.”
It is unknown whether the Nova Scotia family had an earthquake endorsement. Earthquakes Canada did not report any earthquake activity in that region in September 2017.
For interest’s sake, Wawanesa’s earthquake endorsement reads as follows: “Earthquake shall include snowslide and landslide occurring concurrently with and resulting from an earthquake shock and other natural or man-made earth movements resulting from mining or fracking operations.”
If a home insurance policy categorically excludes coverage for sinkholes, but if an endorsement appears to cover them, which trumps which?
“The intent and purpose of an endorsement on an insurance policy is to override any language within the policy itself that is inconsistent with that endorsement,” Tirschler said. “Insurance providers develop endorsements that can speak to individual customer needs without requiring every customer to purchase them and [carriers to build] them into the base premium.
“So, if you have an ‘earth movement’ policy exclusion, and you have an earthquake endorsement that reads back coverage for ‘earth movement’ resulting from earthquake, then anything that would qualify as earth movement – potentially including landslides and sinkholes – would then be read back in the case of an earthquake triggering such a loss.”