In a ruling released April 6, the Court of Appeal for Ontario emphasized that in judgments in lawsuits arising from injuries sustained in motor vehicle collisions, plaintiffs are entitled to be fully compensated for their losses, but not to double recovery.

In Basandra v. Sforza, the Court of Appeal considered the deductibility of accident benefits payments in tort pursuant to section 267.8 of Ontario’s Insurance Act. This is good news for the insurance industry. 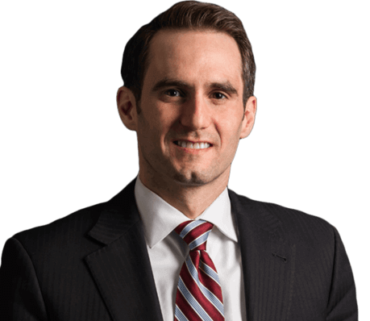 Readers may recall a 2013 decision, by Ontario’s Superior Court of Justice, in Mikolic v. Tanguay and Albano. In that case, Justice Harrison Arrell refused to deduct anything from awards for future loss of income or future care costs.

In arriving at this conclusion, Justice Arrell relied heavily on a statement made by Justice George Finlayson, of the Court of Appeal, in Bannon et al. v. McNeely, released in 1998.

As such, precise evidence was required as to what proportion of each benefit was intended for past and future benefits to make the appropriate deductions in tort.

In 2013, the Mikolic decision caused some consternation among the defence bar, particularly where the mandated settlement disclosure notice used in the accident benefits realm does not obligate the parties to distinguish between past and future benefits. Instead, it lumps them together.

In April, Justice Peter Lauwers, writing for the unanimous three-judge panel in Basandra, threw some cold water on the Mikolic approach.

In the underlying trial, the jury made the following relevant awards of damages:

The evidence at trial in Basandra showed that, in respect of his accident benefit claim, the plaintiff had received $81,658.67 for medical rehabilitation benefits, $58,271.76 for attendant care benefits, and $6,939.84 for housekeeping benefits, which included a 2009 lump sum settlement of all past and future no-fault benefits. As such, while it was clear that the plaintiff had received more in accident benefits than the jury had awarded in tort for these heads of damages, it was not possible to distinguish between past and future entitlements in accident benefits, nor between care, medical expenses and housekeeping in the jury’s awards.

The trial judge, Justice Wendy Matheson, was faced with having to determine whether or not it was appropriate to deduct the accident benefits, totaling $146,870.27, from the $105,000 that the jury had awarded for those heads of damages.

Justice Matheson recognized the dual objectives of avoiding double compensation on the one hand, and fairness to the plaintiff in receiving full compensation by ensuring only like amounts are deducted on the other hand.

So Justice Matheson ultimately determined that the entire jury award – for those heads of damages – ought to be reduced to nil in order to avoid the plaintiff recovering a complete double recovery.

Justice Lauwers, writing for the Court of Appeal, agreed with this approach, despite the lack of distinction between the relative proportions that were intended to be for past and future benefits on the accident benefits side, and the lack of distinction between attendant care, medical/rehabilitation and housekeeping in the jury’s award on the tort side.

Justice Lauwers began his analysis by reiterating that the Ontario scheme of compensation for motor vehicle accident victims involves an exchange of rights “wherein the accident victim loses the right to sue unless coming within statutory exemptions, but receives more generous first-party benefits, regardless of fault, from his or her own insurer.” Once the plaintiff’s injuries meet threshold, Justice Lauwers observed, the plaintiff can receive no-fault benefits and maintain an action in tort subject to the principle of recovery recognized by Justice Matheson: that the person be fully compensated for their loss, but for no more.

The purpose of section 267.8 of Ontario’s Insurance Act, was, of course, to prevent double recovery, which amounts to unjust enrichment.

Justice Lauwers also reiterated the importance of ensuring that the relevant jury questions, agreed upon by counsel and accepted by the trial judge, distinguish between past and future amounts in order to meet the statutory scheme in a way that permits the trial judge to make the appropriate deductions.

The reason for this necessary distinction is two-fold. First, the burden of proof for past awards, being on a balance of probabilities, is stricter than that for future awards, being on a “substantial possibility based on such expert or cogent evidence,” and that pre-judgment interest is only granted for past losses. Second, section 267.8 of Ontario’s Insurance Act distinguishes between entitlements for past and future collateral benefits.

Yet in this case, the jury questions did not reflect the statutory scheme in that they did not distinguish between the various heads of damages. Despite this inadequacy, the appeal judges accepted that the trial judge was reasonably assured that the plaintiff had been fully compensated for each head of damage by comparing the relative quantum of accident benefits received against the jury’s award. In doing so, she gave effect to the policy objective of full compensation, while respecting the competing objective of avoiding overcompensation, and committed no error.

However, the reality remains that if an accident benefit settlement happens at a point other than the first day of trial, there will still be an evidentiary debate over which of the future benefits have been consumed before trial. As such, there will almost never be exactitude in determining the amounts of past and future accident benefits to which the tortfeasor is entitled to a credit.

In Basandra v. Sforza, the Court of Appeal for Ontario softens the lens through which these claims are to be viewed from that which the Court of Appeal articulated 18 years earlier in Bannon v McNeely. An apples-to-apples comparison is still called for when looking at what collateral benefits are deductible in tort. However, when one looks at the purpose of the Ontario automobile insurance scheme – that claimants receive full compensation for their injuries – but nothing more, it has been made clear that an exacting analysis of what type of apple was received by way of collateral benefits is not required to allow for the deduction in tort.