For an excess insurer, it is critical to hear from a primary insurer and/or a broker as soon as possible about the potential for an excess loss.
Knowing that such a loss is anticipated allows for the excess insurer to take immediate steps to assess the liability exposure, reserve for that exposure, and take control of the defence if necessary.

The issue
Managing an excess liability exposure can be challenging for an excess insurer, in part because the excess insurer must rely heavily on the primary carrier’s handling of the claim as well as on the information that the primary insurer is willing to share. Although an excess carrier can conduct an independent investigation into the loss and retain its own experts to assess the exposure, this is only possible if the excess carrier has been made aware of the claim. These challenging dynamics recently played out in a claim handled by Markel Senior Claims Specialist Maeve O’Malley. 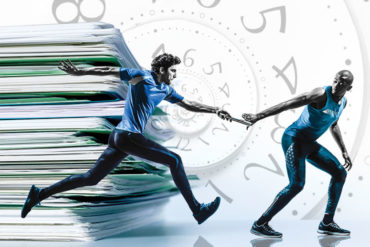 Case study
The loss in question occurred in April 2015, when the driver of our insured’s taxi cab struck a pedestrian who was crossing at a marked crossway. Our insured would likely be found 100% liable for this accident, given that the plaintiff was well-established in the designated crossway. The 68-year-old plaintiff sustained a severe traumatic brain injury with severe impairment to her mental and cognitive function. She remained in intensive care for three weeks after the accident and never fully recovered, requiring dependent care for her basic daily living. A statement of claim was served on our insured in June 2015.  The claim was initially reported to the primary automobile insurer, which provided coverage subject to a $1-million limit. Markel sits excess of this limit with an additional $5 million in coverage; however, notice of the claim was not provided to Markel at the outset.
The Standard Excess Auto form (SPF 7) says if a claim is likely to exceed the first loss insurance, “immediate written notice” should be provided to the excess insurer. But in this particular instance, when the insured reported the claim to their broker, it’s possible the broker did not feel the claim was “likely to exceed the first loss insurance,” as required by the policy when they first received the loss notice. Frequently, information received at the onset of the claim is minimal and therefore insufficient for a broker or insured to make that judgment call. The primary carrier often has the best insight into the potential exposure based on the evidence obtained during their investigation into liability and the extent of the plaintiff’s injuries. In this particular case, neither the insured nor the broker were advised of the over-limits exposure until August 2017 (almost two-and-a-half years, post-accident).

Taking over the defence
Once notified of the loss, Maeve requested materials from the primary carrier. The counsel’s report suggested a best-case scenario would be a settlement of about $1.5 million, whereas a worst-case scenario would be $2.5 million or possibly higher. A gap of $1 million at this late stage alarmed Maeve. She was concerned that the primary carrier’s interest in mitigating the loss might dissipate in light of its lawyer’s view that the claim would clearly exceed the carrier’s $1-million limit, thus leaving the rest to be picked up by Markel. The primary carrier had not developed a resolution strategy, nor had it scheduled a mediation to attempt to negotiate settlement. Instead, the matter had been set down for a 15-day trial commencing within five weeks of their notification to Markel.
With the carrier’s consent, Maeve made a prompt decision to assume the defence of the claim and assign new legal counsel to take over the defence. The primary carrier agreed to tender their policy limits to Markel and, with effective control of the defence, Maeve had our legal counsel schedule a mediation in advance of the quickly-approaching trial. She then instructed our defence counsel to obtain expert evidence that the primary carrier overlooked in order to rebut the plaintiff’s projections for the cost of future care. This additional expert evidence would prove crucial in negotiating the claim at the scheduled mediation.
In spite of the vague evaluation provided by the primary carrier’s lawyer (upwards of $2.5-million or more), Maeve’s proactive handling of this excess file resulted in a total settlement of $1.11 million – well below the primary carrier’s best-case scenario.
Markel had no duty to defend this claim. But Maeve’s proactive approach shows the positive outcomes that can result when brokers err on the side of caution and report all claims to every excess layer in the tower, no matter how minor the claim may seem at the outset.

Jeff Smith oversees claims and operations at Markel Canada. He holds an H.B.A. from York University as well as FCIP and CRM designations.