As a result of a March 2016 decision of the Supreme Court of British Columbia, Bhaniwal v. The Mutual Fire Insurance Company of British Columbia, an insurer may now be able to deny coverage following a fire loss and, at the same time, still require the insured to promptly replace the damaged property.

By not immediately replacing the fire-damaged property, something an insured may be reluctant to do until the insurer’s liability has been determined, the insured may, as a result of the Bhaniwal decision, find itself restricted to the depreciated value of the structures lost (the actual cash value) rather than the replacement value, even if eventually successful in having coverage confirmed.

Bhaniwal also highlights the difficulties that an insurer faces when trying to prove what a property owner knew, or ought to have known, about a tenant’s unauthorized activities.

Kawaljeet Bhaniwal was the owner of property in Oliver, British Columbia, on which she and her husband operated a garden supply business. There were a number of structures on the property, including a residential house, commercial greenhouses and a storage facility with attached living suite. The house and attached suite were not occupied by the Bhaniwals, but were, instead, rented out to a single tenant. 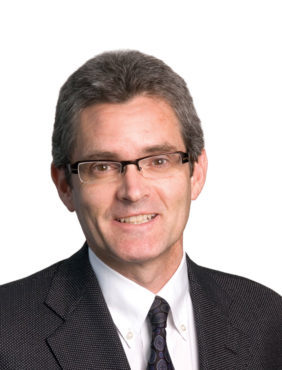 Late one evening in August 2010, a fire broke out that completely destroyed the storage facility and attached suite. While attending the scene, members of the local fire department observed signs suggestive of a marijuana grow operation in the rented suite. These included plastic sheeting on the walls, covered windows, venting and multiple grow lights.

Although marijuana plants were not present at the time of the fire, experts who viewed the scene agreed it was set up as a grow operation. The cause of the fire was never determined.

The property was insured under a fire policy issued by The Mutual Fire Insurance Company of British Columbia. The policy provided for coverage on a replacement-cost basis, subject to various conditions, including the usual: Replacement shall be effected by the Insured with due diligence and dispatch.

Bhaniwal submitted a “proof of loss,” seeking recovery for the storage facility and attached suite.

In response, Mutual Fire Insurance declared the policy void due to material misrepresentation since there was evidence that a marijuana grow operation had been undertaken in the rented living suite without the insurer’s knowledge or approval.

Bhaniwal and her husband denied any knowledge of the grow-op and sued for a declaration of entitlement to coverage under the policy. They also sought punitive damages, arguing that the insurer had wrongfully denied coverage based upon a mere suspicion that they were aware of the tenant’s marijuana grow operation.

Despite this evidence, the trial judge, Justice Brian Joyce, ultimately, accepted the Bhaniwals’ testimony that they were completely unaware of the tenant’s marijuana grow operation and were, therefore, entitled to indemnity under the policy.

Having decided the insurer was wrong to have denied coverage, Justice Joyce went on to consider the Bhaniwals’ claim to punitive damages because of Mutual Fire Insurance’s conduct in responding to the claim. The judge reviewed the steps taken by the insurer in investigating this loss and concluded that while the insurer, ultimately, was unsuccessful in its denial of coverage, it did not act with undue haste or in bad faith in taking that position.

From the start, Mutual Fire Insurance did all the right things. The insurer had Bhaniwal execute an authorization enabling investigation of the fire loss, it promptly engaged an adjuster to obtain statements from the insured, the tenant and firefighters, and it hired an expert to investigate the cause and origin of the fire.

The results of those investigations established the presence of a marijuana grow operation on the property and provided sufficient basis for Mutual Fire Insurance to reasonably take the position of denial that it took. The claim for punitive damages was dismissed.

The last issue Justice Joyce considered was whether Bhaniwal was entitled to recovery based on the cost of replacing the damaged buildings and contents, or if she was restricted to a lesser amount.

Mutual Fire Insurance argued that Bhaniwal, although successful in having coverage confirmed, was, nevertheless, restricted to the depreciated value of the structures lost (actual cash value) rather than the replacement value because no replacement had taken place.

Bhaniwal replied this was because, as Mutual Fire Insurance had denied coverage, she did not have the money to replace the structures. The insurer disputed this, saying that the Bhaniwals had other property and, therefore, presumably could have borrowed the money necessary to replace the burned buildings and contents.

Justice Joyce considered all of the arguments and concluded that Bhaniwal had the ability to borrow the money necessary to replace the burned buildings, but instead chose to await the result of the lawsuit before doing so.

While it might have seemed prudent for Bhaniwal to want to first clarify whether or not the policy was void before funding replacement, Justice Joyce did not see things that way.

Having failed to replace with “due diligence and dispatch,” the judge decided this failure by Bhaniwal constituted a breach of a condition fundamental to the replacement cost extension. As such, she was limited to the actual cash value of the building and contents.

Those earlier cases did note that, as a matter of practice, some insurers would initially pay the actual cash value and then make progress payments to enable replacement, but they were not required to do so.

Generally, once an insurer undertakes to pay the cost of replacement, an insured can then easily obtain the necessary financing to enable that replacement.

It is important to note those earlier cases focused upon whether or not an insurer had to pay the cost of replacement before replacement was completed.

This is different from the situation where, as in the Bhaniwal case, the insurer has denied coverage and the insured delays replacement until clarifying whether or not she will be indemnified for that replacement.

Before Bhaniwal, the case law suggested that in such circumstances, the need for an insured to elect to either accept actual cash value or to promptly replace the property would be “suspended” until the insurer’s liability was determined.

The Bhaniwal decision, however, goes against that approach and strictly applies the requirement to replace with “due diligence and dispatch” – even if the insurer has denied coverage for the loss and even if that denial is later overturned in the insured’s favour.