For the first time in five years, satisfaction among auto insurance customers is on the upswing in Canada. Insurers know that this is critical for several reasons.

First off, any declines in customer satisfaction are a leading indicator of churn, so increasing numbers of satisfied customers mean better customer retention rates. Second, because it is less expensive to retain existing customers than to acquire new ones, there is a clear-cut dollar value to keeping customers satisfied.

Most of all, though, customer satisfaction is one of the best ways a company can differentiate itself in an increasingly competitive marketplace. 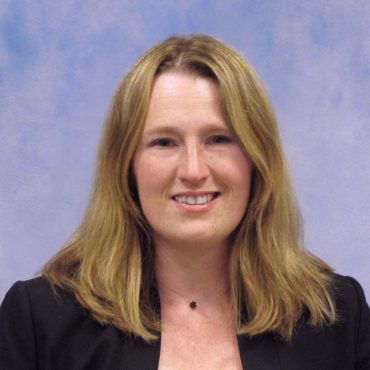 In spite of knowing this, insurers have been focused on a multitude of other challenges – from significant catastrophic claims to dealing with issues of fraud – resulting in significant rate hikes impacting customers in the Greater Toronto Area. The good news is that these challenges have not stopped insurers from making headway in improving the customer experience.

J.D. Power surveys more than 10,000 auto insurance customers each year in Canada and has found customers are significantly more satisfied in this year’s study compared with previous years. The newly released 2016 Canadian Auto Insurance Satisfaction Study, which measures customer satisfaction with primary auto insurers on a 1,000-point scale, shows satisfaction is up in every region covered in the study: Alberta, Ontario, Quebec and the Atlantic provinces.

This change is momentous, not just because it is a complete turnaround after four years of declining satisfaction, but because no part of this change is driven by rates or rate reductions. The true driver of the improvement is an evolving customer experience.

There are many different models insurers have when it comes to servicing their customers. Some are focused on direct service provision and digital self-service, while others are focused on making sure representatives of the insurer are equipped to handle customer questions and concerns. Some insurers have invested in technology that supports improved customer experience strategies, while others have focused on education and training for their staffs to improve their knowledge base and ability to respond to customer concerns.

There does not seem to be one silver bullet that high-performing insurers use to improve the experience; they did not all change their systems to the newest technology or their mode of interacting with customers.

The one thing improved insurers all have in common is that they invested in understanding their customers – what they want, how they want to interact, what they do not know – and they moved forward from there.

This makes good sense. Interactions are where insurers have the opportunity to show customers just what they are paying for.

Insurance is something that everyone needs, but no one really wants to use. If, indeed, a person must use insurance, he or she is likely already overwhelmed with the laundry list of unknowns that come next.

At its most basic level, insurance is designed to help cover the costs of something that has the potential to be prohibitively expensive for most consumers. Everything else about insurance is complicated.

If it is complicated for those who know about insurance, imagine what it is like for someone purchasing his or her first auto insurance policy or making that first claim. This is where insurers have the most opportunity to do things right, by educating the customer and making sure the customer finds those interactions easy and valuable.

The new study shows the interactions customers have with their insurers are the largest driver of satisfaction with the overall customer experience. That is important, considering that more than three in every five customers have contacted their respective auto insurer in the past 12 months – either directly through a call centre or agent, through a broker or on the insurer’s website.

A growing number of customers are interacting with their insurers through email, chat, text and mobile apps. For some of the largest insurers in Canada, this means that they are literally getting thousands of opportunities to get the customer experience right – or wrong – on a daily basis, across several different communications platforms.

Nationally, regardless of why a customer chooses to interact with his or her insurer, satisfaction with those experiences is improving more than any other aspect of dealing with the insurer.

A number of insurers provided highly satisfying interaction experiences, while several others improved significantly from the previous year in interactions with their customers.

In general, there were fewer customer-reported problems and first-contact resolution rates improved. Both are significant contributors to customer satisfaction with insurers.

Other improvements in satisfaction are channel-specific, with insurers having a differing focus depending on their operating models. The study found that customers contact their respective insurer most frequently through a call to an agent or broker, with more than three in five surveyed customers doing so.

These interactions with agents and brokers receive the highest satisfaction score (816) of all channels. Other communication channels, such as call centres (789) and website visits (752) did not score as high.

Satisfaction with agent/broker interactions also improved the most of the interaction channels (14 points), demonstrating that agents and brokers are getting it right when it comes to providing service.

Polled customers report across-the-board improvements, from some of the softer skills like courtesy to the ability to explain the nuances of the auto insurance policy and how quickly the agent/broker was able to resolve the issue.

More than half (51%) of customer interactions with their insurance providers are through a call centre, so it is encouraging to see that call centre satisfaction is up eight index points from 2015.

Insurers have made some moderate improvement in same-day resolution rates through call centres and streamlining the process so that customers do not have to repeat information more than once after calling in.

Call centre wait times have shown the most significant improvement, with 66% of polled customers indicating they waited one minute or less to speak with a call centre representative.

Ongoing technological advances alter many aspects of everyday life, including the way people interact with their insurers. While the growth in digital channel usage – such as websites, smartphone apps, email, chat or text message – in the insurance industry is generally slower than in other industries, the study finds that increasing numbers of insurance customers are using these channels.

The percentage of surveyed insurance customers who interact with their insurers via digital channels has increased by six percentage points nationally to 24% in 2016 from 18% in 2011.

In contrast, interaction via the more traditional agent/broker channel has declined two percentage points during the past five years to 62% in 2016 from 64% in 2011.

Website usage among surveyed Gen Y customers (born between 1977 and 1994) has increased to 20% in 2016 from 16% in 2011. Additionally, the segment’s chat, text message and mobile app usage has increased four percentage points during the same time frame.

Although customer satisfaction with website interactions improved slightly, improvements are nominal at an industry level (up five index points annually). Comparatively, website satisfaction improved significantly in the United States where satisfaction scores among respondents are nearly 100 points higher than in Canada.

Insurers face a number of challenges when it comes to online interactions and providing data to their customers on carrier websites – from both regulatory and technology standpoints.

Although the main reason for visiting a website in both the U.S. and Canada is similar – typically to gather information or pay a bill – utilization is much higher south of the border. More than nine in 10 customers in the U.S. who used these websites in the past 12 months indicate having an online account set-up and more than eight in 10 can resolve their issues completely on their insurer’s website.

When diverting customers towards self-service models, websites should be as comprehensive as possible regarding issue resolution. Nearly one in five (19%) surveyed consumers in Canada experience a problem on their respective auto insurer’s website, and 28% cannot resolve the issue entirely on the Web. Website satisfaction among customers unable to resolve the issue online is significantly lower (693) than among those who achieve online resolution (811).

Digital channels remain a significant opportunity for Canadian insurers as they look to improve the overall customer experience. This should not take away from the notable improvements made in other interaction channels.

These improvements have been a long time coming and are the result of efforts to improve process, technology and education of both consumers and insurer representatives who interact with insurers’ customers on a daily basis.

The customer experience has been evolving and improving. The digital migration is just another part of the evolution. Good or bad, customer expectations around digital interactions are already high – set by other industries that have been solely focused or deep-rooted in the online experience like Google, Amazon and even the banking industry.

No doubt insurers have a long road ahead, but with careful planning and strategy, hopefully the positive momentum is sustainable.