In an effort to establish a nationally applicable tool to limit the frequency and magnitude of residential basement flooding, the Home Adaptation Assessment Program (HAAP) has been launched as a pilot in Burlington, Ontario. The pilot is supported by Ontario’s Ministry of the Environment and Climate Change, the City of Burlington and the Intact Centre on Climate Adaptation.

The launch was two years to the day after Burlington experienced two months of rain — about 150 millimetres — in a matter of hours, which left 6,000 properties flooded, with 3,500 homeowners reporting significant basement damage.

Burlington’s flood experience is far from unique. Homeowners from St. John’s to Victoria are experiencing basement flooding with increasing frequency that makes the 1-in-100-year storm seem anachronistic, which, indeed, is the case. 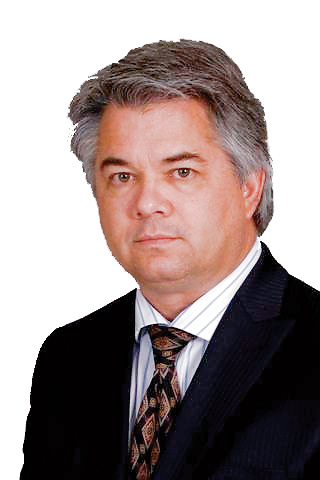 With a world population of 7.4 billion that is growing at a net rate of 11,000 people per hour, greenhouse gas emissions will increase globally, at a minimum, for at least the next 20 years. As a direct consequence, extreme weather events will continue to escalate, thus making adaptation to a changing climate non-negotiable.

The HAAP offers a simple, practical and cost-effective means to engage homeowners to limit their risk of basement flooding, and in so doing, also serves the interests of Canada’s property and casualty insurers.

In broad terms, execution consists of a trained assessor meeting with a homeowner and, over two hours, examining about 50 potential points where water might enter into a basement during an intense rainfall. The review identifies, for example, the need to disconnect downspouts from weeping tile systems and directing water to a safe recharge zone, covering window wells to limit water build-up, contouring around a house to direct water away from the foundation, and ensuring that rain barrels, if present, are not overflowing.

In the event that water does enter a basement, areas for review include the need to ensure there is back-up battery supply for sump pumps that are most necessary at a time that often coincides with power outages.

Other areas for review include easy, but effective, measures such as elevating valuables off of the basement floor and storing them in plastic containers.

Inside the house, the assessor will explain to the homeowner the merits of more complicated mitigation efforts, like the installation of a backwater valve that might limit sewer back-up flooding.

Following the assessment, during which the inspector will have pointed out areas of flood vulnerability, the homeowner is presented with an online and/or hard copy report that, in user-friendly terms, profiles flood vulnerabilities and the means to correct them.

Items requiring attention are presented in non-technical language, with photographs and links to pre-screened contractors who may provide the expertise necessary to correct deficiencies beyond the skill set of the homeowner.

The first step in preparing homeowners to be receptive to the program is to profile the program in the local media. Attracting a local authority figure to support the program helps legitimize the effort. This is followed by a representative knocking on doors to present related merits directly to homeowners.

Once engaged, success or failure of the program will flow from the assessment that highlights flood vulnerability points.

In the absence of homeowner engagement, efforts to de-risk homes relative to flood potential generally fail.

Such failures have been seen often – for example, many municipalities across Canada offer subsidized downspout disconnect and backwater valve installation programs. But uptake for such programs, in the absence of user-friendly and informed outreach, is generally less than 5%.

The Burlington pilot will be rolled out to 4,000 homeowners during the fall of 2016 and throughout 2017. The idea is to administer the program in a manner that helps maximize homeowner uptake, as well as their openness to acting upon program findings, as influenced by such characteristics as home size, age and perceived flood vulnerability.

The cost to perform an assessment varies depending on a variety of conditions, but home size is the key factor. As a ballpark figure, for a home of about 3,000 square feet, the cost would typically be approximately $275. This amount does not cover remediation measures, which can range widely.

Based on a small sample of a few hundred HAAP-style trials, of the 50 factors that are reviewed during a typical residential visit, six or so generally emerge that are material to flood remediation (of course, this number can vary considerably depending on home location, age and condition).

Of the flood remediation factors, most can be addressed by homeowners directly for little expense (for example, disconnecting downspouts or placing plastic covers over window wells). Others, however, might require the assistance of a tradesperson (consider, for example, installation of a battery back-up on a sump pump).

Figures from Insurance Bureau of Canada note the average claim per basement flood in Canada in 2014 was $20,537.

If 10% of homes that have paid $275 for the assessment do not realize a flooded basement per 10-year period – which many municipal engineers consider to be a conservative estimate – the savings would be $20,537 per home. That equates to a return on investment flood avoidance ratio of about 1:7, meaning that for every $1 invested in the program, $7 in flood damage avoidance would be realized per decade.

The calculation does not include costs to act upon program findings, which homeowners would bear, but also does not take into account the potential for HAAP-related, risk-adjusted insurance premiums, should these become available to homeowners.

The costs to deploy the program could be borne by a combination of the homeowner, municipality, the provincial and/or federal government and p&c insurance providers. One scenario would be that as the program experience grows, the allocation of related costs among the different stakeholders could be reviewed with the goal being to optimize uptake.

The Burlington pilot project is expected to provide insight regarding how best to maximize uptake of the program by homeowners. However, field testing in other communities is critically important

to assess homeowner receptiveness across a range of geographies and conditions.

An example of a location-specific challenge can be seen in Vancouver, where, in some communities, tenants occupy many of the homes in and around the city. This may make it more difficult to engage homeowners since they may not be readily accessible.

Broad-scale application of the program will be needed to identify geographically specific challenges.

That being the case, the HAAP will be applied to as-yet undetermined communities in eastern Canada, Quebec, Alberta and British Columbia over the 2017 to 2018 period.

Long term, the intention is to transfer program technology to the provinces, or federal government, for large-scale organization and dissemination. For example, the Standards Council of Canada might support the development of a national standard.

Recognizing that climate change and extreme flooding will continue unabated across Canada, it is in the best interests of residential homeowners, governments and p&c insurance providers to embrace prevention with haste, in an effort to avoid what will otherwise be inevitable and irreversible financial and social strife.