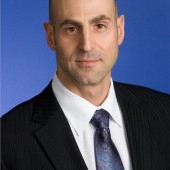 Who benefits when the property and casualty insurance industry effectively fights organized fraud? Certainly, individual insurers save money, allowing regulators and law enforcement agencies to allocate resources to other areas. But the real beneficiaries are honest Canadians who pay their insurance premiums and want the abuse and associated costs eliminated from the system.

The fact is that organized criminals do not care what rules, regulations or laws are in place; they simply identify the easiest target. It is also clear that auto insurance fraud is big business in Canada. Nowhere is this truer than in Ontario, where, KPMG reports, as much as $1.6 billion per year is paid by insurance companies to cover fraudulent claims. This systemic abuse affects every single driver in the province.

Insurers, regulators and consumers find this unacceptable and, in response, the industry is increasingly looking at cost-effective ways to fight organized crime. The more insurers can prevent premeditated fraud across companies, the better. Data pooling is the key to fighting this kind of crime and it is the simple principle behind the formation of CANATICS, or Canadian National Insurance Crime Services.

CANATICS represents a game changer in the fight against insurance fraud. Instead of an insurance company having only one, limited view of suspicious claims activity, now the industry can connect the dots and identify patterns of organized fraud. This will empower individual insurers to act on information and pursue organized criminals to the fullest extent of the law.

This concept may be new to Canada, but it is proven elsewhere. For example, the Insurance Fraud Bureau in the United Kingdom and the National Insurance Crime Bureau in the United States have been using collective industry data for years to show patterns of organized fraud activity. CANATICS will employ the same information-intensive fight on fraud.

The final report of the Ontario Automobile Insurance Anti-Fraud Task Force, released in November 2012, recommended that “insurers should move aggressively to establish an organization that would pool and analyze claims data in order to identify potential cases of organized and premeditated fraud.”

While CANATICS was incorporated in January 2013, the work behind it has been years in the making. It started as the Insurance Fraud Group in Ontario and involved an extensive, successful proof of concept phase. With that foundation in place, CANATICS now has nine member insurance companies representing 70% of all auto insurance direct written premiums (DWP) in Ontario, or approximately 40% of market share on a national basis.

Membership is open to all insurers and the organization is committed to keeping the barriers to entry as low as possible for companies of all sizes.

The mission is to combat insurance crime for the benefit of all Canadians. It is a simple formula, but complex in its delivery. The idea is to provide individual insurers with superior intelligence derived from analytics performed on industry-pooled data, with an unwavering focus on data quality, privacy and security.

It is crucial to note that CANATICS is focused on organized and premeditated fraud, which involves rings, organized schemes and patterns of fraudulent activity. It is equally important to note what CANATICS is not. It is not an investigative body and will not collect evidence and build cases for prosecution.

Similarly, the organization is not an industry database or clearinghouse of information. Information will be pooled, but identifiable information will not be shared across insurance companies. In this sense, CANATICS acts as a consortium for industry-wide fraud network analysis.

CANATICS will provide “alerts” to insurance companies when patterns are detected through sophisticated, leading-edge data analytics. These alerts, consisting of a computer-generated linkage report detailing the specifics of suspicious claims, will serve as the basis for investigations, not for decisions. The individual insurance company decides how it wants to pursue the suspicious leads.

The industry-wide view of data is critical. In the last five years, insurance companies have embraced a wide range of data analytics for fraud detection, including anomaly detection, predictive modelling and fraud network analysis.

While individual methods of data analysis are effective, the cumulative value of all methods together is significant. When insurers collaborate, the effect of the data analysis is greatly improved. Think of it as the difference between looking through a keyhole versus viewing a panorama.

With pooled data, inter-relationships between potential suspicious claims and the correlations across insurance companies can be seen. In fact, this pooling of data will provide more information on trends and suspicious activity than has ever been available.

That said, protecting privacy is paramount. Privacy measures include educating consumers on the benefits of the use of personal information and industry-wide data analysis for fraud detection in order to reduce premeditated and organized fraud and its effect on them.

CANATICS operations and those of its members are designed to be compliant with applicable laws and regulations, particularly the federal Personal Information and Protection of Electronic Documents Act, and corresponding provincial legislation.

This high standard is reflected in the CANATICS model of privacy by design. It is built right into the development of the organization. That means only the data needed to support fraud detection through analytics will be collected and appropriate consent will be obtained.

Representatives for CANATICS are working with regulators and federal/ provincial privacy commissions to enhance the already-strong consent language in place through standard auto insurance applications.

As mentioned, industry data is pooled, not shared. Members will not be able to see any personally identifiable information from other insurers. CANATICS is the processor, not the owner, of the data.

In this role, leading industry practices (including standards compliance with and adoption of privacy by design principles advocated by the Ontario Information and Privacy Commissioner) will be used to secure data and prevent unauthorized access, disclosure, copying, use or modification of data. Information will be stored at a secure data centre in Canada.

With these and other safeguards in place, CANATICS shows promise that it is poised to make a huge difference in fraud detection in the p&c insurance industry when it eventually goes live. New members are welcome, as this

will serve to widen the view of pooled industry data.

There is the very real potential of expanding to other provinces and growing from a representation of approximately $8.5 billion in Ontario auto insurance DWP to more than $20 billion in DWP across Canada.

There is also the possibility of extending collaborative data analytics to other areas, such as life and health insurance benefits. The reality is that this line of business shares many of the same data entities and relationships as auto insurance, particularly accident benefits and bodily injury.

In fact, there are opportunities to leverage the pooled data approach to areas outside of general insurance, including workers’ compensation. The avenues for growth are ripe with potential in the months and years ahead.

A collaborative approach is the best way to reduce the costs associated with systemic insurance fraud. This will help the industry, but just as importantly, it will benefit the millions of honest policyholders who pay their premiums and expect a fai
r and efficient auto insurance system.