It will be some old, some new with regard to issues expected to be top of mind for members of the century-old Toronto Insurance Conference (TIC).

An example of the former are information technology developments that are disrupting the insurance industry while an example of the latter is the sunset clause on laws restricting banks selling insurance, notes incoming president Rael Levy.

“One of the things (TIC is) firmly focused on is technology, given the number of disruptive forces that are sort of percolating in the background,” including insurtech and fintech, says the current vice president of TIC, which since 1918 has served as a forum to address concerns to commercial brokerages in the Greater Toronto Area. 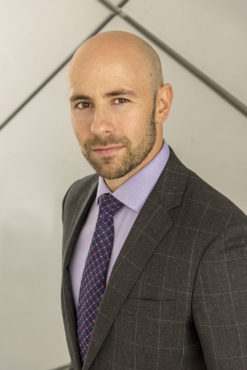 Levy is to take over as TIC president this coming March from Michael Loeters, senior vice president of strategic clients and risk management for PROLINK, Canada’s insurance connection.

With disruptive technology, “it’s only natural to assume that some insurers might look to sell direct to the end-customer and to disintermediate the broker,” Levy notes.

“So, the TIC is really looking to steward a conversation on technology and, specifically, how brokers can utilize emerging technology to reduce frictional costs in the insurance transaction, both with the insurers and with the end-customers, to facilitate an easier, more streamlined way of doing business,” he explains.

A lawyer, Levy works near the Air Canada Centre — home of the Toronto Maple Leafs — as assistant general counsel and director of government relations for Marsh Canada Limited. Born in South Africa, he spent his early childhood in Durban and immigrated to Canada in 1994 with his family.

Read the full article in the Digital Edition of the November 2017 Canadian Underwriter.