A short time ago, insurers feared insurtechs would disrupt the property and casualty industry.
By “disrupt,” people generally meant that insurtechs would compel traditional insurers to go digital, thereby dragging the industry kicking and screaming into the 21st century. In fact, the P&C industry has been adopting new technologies quite willingly and readily for some time.
No, the real threat to the industry is unfair competition brought about by the absence of insurtech regulation. 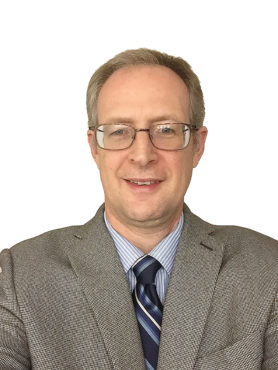 It’s pretty easy for a whiz-bang insurtech to design game-changing gadgets when nothing in the insurance regulations says they can’t. We’ve learned from the Uber example that when insurance regulators knock on the door, insurtechs can always say, “We’re a tech company,” while clearing their throats and pointing to the P&C insurers down the hall.
Canadian insurers have been more vocal lately about this tilted regulatory playing field. But the call for insurtechs to be regulated seems like a long-term strategy at best. If anyone thinks the insurance industry is slow to respond to things, they should take a look at the glacial speed of regulatory change.
In Canada, the feds are currently looking at insurtechs through the prism of ongoing “open banking” consultations, focusing on partnerships between banks and fintechs/insurtechs. The second consultation phase of that exercise is due to begin later this year.
Meanwhile, the International Association of Insurance Supervisors (IAIS) published a report in 2017 that examines the challenges for insurance regulators during multiple stages of market penetration by insurtechs. This is what the IAIS said about regulatory challenges if the status quo continues: “From a regulatory perspective, [insurance] supervisors will be more challenged in keeping up with technological innovations. Their practices, as well as regulations, may be lagging. However, the lower market fragmentation [as exists today between insurers and insurtechs] may provide opportunities for joint learning in controlled regulatory environments.”
In other words, the regulators need to study it a bit longer.
Alas, while they study, what happens? Unregulated insurtechs do rings around the regulated insurance companies. In this case, regulatory inaction is effectively driving marketplace change. And that needs to change.