Automated and fully autonomous vehicles (AVs) are potentially among the most disruptive technologies since the advent of the automobile itself. Predictions as to when AVs will actually hit the road are constantly being revisited, with Borden Ladner Gervais’ recent report, Autonomous Vehicles: Revolutionizing Our World, suggesting as early as 2018. Directly in the cross hairs of the revolutionary change AVs will bring is the property and casualty insurance industry, particularly personal and commercial auto insurance.

For Transport Canada and the p&c insurance industry, the desire to reduce personal injury and death on roadways underscores the push for automated and fully autonomous vehicles. While steadily declining over the years – thanks to technological, legal and social changes – motor vehicle accidents are still a leading cause of accidental injury and global mortality, killing more than 1.25 million people each year, about 2,000 of them in Canada, reports a 2016 research paper from the Insurance Institute of Canada (IIC).

While declining, fatalities per 100,000 population were 5.2 in 2014, from 5.5 in 2013, notes the report, Canadian Motor Vehicle Traffic Collision Statistics 2014. And the National Highway Traffic Administration (NHTSA) in the United States voiced its excitement about the positive influence of highly automated vehicles on crashes, 94% of which can be tied to human choice or error. 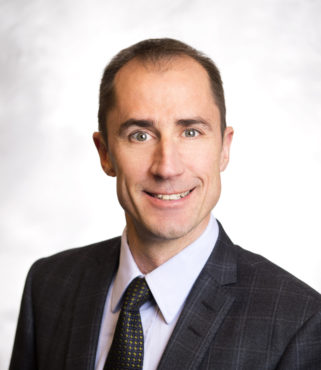 Some accidents will still occur as a result of technology malfunctions or environmental conditions, and particularly as AVs evolve from semi-automated to self-driving. During this evolution, as either human operators or vehicles can be in control of driving functions, complex questions as to fault will arise. It seems clear, however, that collisions, and their severity, will decrease.

AVs are expected to significantly impact these dollar amounts.

A 2015 white paper by KPMG notes vehicles equipped with front-crash prevention technology have a 7% to 15% lower claim frequency than those without.

A conservative guesstimate of a 25% reduction in collisions within 10 years would translate to payouts decreasing by about $4 billion. With lower losses, lower premiums should follow.

However, IIC points out new technologies may increase the purchase price of vehicles and the cost of collision repairs.

The KPMG white paper further notes that few surveyed insurers had taken any action on AVs because they thought it was too early, and any significant impact would not occur for 10 years. Only 10% of respondents said they felt very prepared for driverless vehicles, and a mere 10% had developed a strategic plan to deal with their impact.

Insurers reported believing that underwriting, product management and claims will all require significant adjustment as AVs enter the market and that opportunities exist to develop different products to cover them, thereby opening the door for new competitors. At the same time, many anticipate increased consolidation among traditional market players.

However, the picture is more complicated than that. The speed at which AVs are entering the market has greatly increased – creating an immediate need to resolve issues related to determination of fault policy wordings, coverage levels and underwriting, particularly as the claims history of the past becomes irrelevant.

COLLISIONS: WHO IS AT FAULT?

International SAE Standard J3016, Taxonomy and Definitions for Terms Related to On-Road Motor Vehicle Automated Driving Systems, is used by Ontario Regulation 306/15 and defines five stages of automation – no automation all the way to fully automated – dividing vehicles into levels based on “who does what, when.”

A Conference Board of Canada report, released this past January, states the evolutionary nature of AVs means early models will operate on the principle of shared driving between the human driver and the technology: vehicles will drive autonomously in certain conditions (for example, below a particular speed or in specific types of weather) and will revert to traditional, manual driving in all other conditions or at the request of a human driver.

AVs bring with them increased emphasis on product liability. For highly automated vehicles, in the absence of legislation assigning owner liability, it would seem that manufacturers would be liable for damages arising from systems alleged to have failed.

Insurers and counsel will have to be intimately familiar with automated systems to ensure they work as designed. And manufacturers and entities supporting AVs will face new or increased exposure to litigation.

However, this scenario is likely a few years away, leaving insurers to assess risk in what will be a mix of conventional vehicles on the roads alongside various levels of automated vehicles. It does not seem likely or desirable at this point that the legislature intervene in an effort to allocate liability given the myriad situations that may arise.

Manufacturers are encouraged to develop systems that record whether automated systems are engaged or disengaged at all times, including “who” prompted disengagement. Such data, captured by event recorders, needs to be accessible after a collision and retained.

Canada’s law of spoliation must evolve to create heavy sanctions on operators and owners who allow destruction of this critical evidence and then commence an action alleging that system was engaged, but failed, thus causing the accident.

Highly autonomous vehicles, at some point, may communicate with third-party services that also store, at least temporarily, huge amounts of data. Who has access to this data, and in what circumstances, is unclear. That said, following an accident, claims resolution would benefit from full access.

Even when it is clear that an automated system engaged properly, manufacturers may face other allegations. Did they properly educate the operator about how to use the technology and its limitations? Did they design a warning system so that the operator could safely re-engage operation?

Manufacturers will increasingly become part of the litigation process, at least until such time as the courts provide guidance on the legal standard of care they are expected to meet. This is particularly relevant in vehicles that require the driver to monitor operation and take control when necessary, with or without warning from a system.

Over the short term, collisions caused by consumer misunderstanding of technology will occur, particularly within the existing climate of accidents caused by driver distraction.

A disconnect exists between what drivers see as fully automated self-driving vehicles and what is and will be the reality for the next 10 years or longer.

Sorting out whether an accident was caused by driver distraction or failure to take reasonable care in understanding the limitations of automated systems, or by the manufacturer based on failure to warn, will have to be sorted out on a case-by-case basis through the courts.

Additionally, AVs may also expand the scope of sources for potential liability to other systems with which they communicate – from GPS and weather systems through to infrastructure such as traffic lights and even other vehicles.

Interestingly, NHTSA has asked manufacturers to “take into account that – despite laws and regulations to the contrary – human drivers may be inattentive, under the influence of alcohol or other substances, drowsy or physically impaired in some other manner.”

A number of questions need to be considered. When vehicles are performing driving functions, what is the driver supposed to be doing? Is it reasonable to assume that drivers will not be distracted while automated systems are in control?

Already leveraging technology and data from the Canadian Loss Experience Automobile Rating system, which identifies the average size and frequency of claims for most cars, there is also the potential influence of usage-based insurance (UBI). Currently, Ontario, Quebec and Alberta allow UBI under specific conditions.

UBI could change the relationship between insurer and consumer by providing value-added services such as collision assistance and car diagnostics, but the extent to which these will be part of AVs in the future is unknown.

Some industry analysts believe future car ownership could significantly drop. The consumer may be one individual, a pool of individuals or a commercial entity providing car-sharing services.

Personal driving histories will become irrelevant at some point, other than, perhaps, for distances clocked.

Insurance companies will need to deal with the changes in premiums, claims, policies and policy owners, coverage, underwriting, product management, new laws and regulatory frameworks, determination of fault, and even job displacement.

While the number and severity of collisions will certainly decline, the advent of AVs raises, at this time, more questions than answers for the p&c industry. It will be interesting to watch how the number of licensed drivers and the demographics change as a result.