Up in the Air

Aviation war risk insurance provides coverage for hostile acts of violence against the airline, such as acts of war, terrorism, hijacking, acts of sabotage, unlawful seizure of aircraft and civil commotion.

Canadian aircraft operators are generally required to have aviation war risk liability and hull coverage by their aircraft financing and leasing agreements. Additionally, some foreign countries, such as the European Union (EU) member states, have required that all air carriers and aircraft operators flying into, out of or over its territory carry war risk insurance, regardless of whether the aircraft operated is at their disposal through ownership, lease agreement, joint or franchise operations, code-sharing or any other arrangements, notes EU Regulation 785/2004, as amended by Regulation 285/2010. 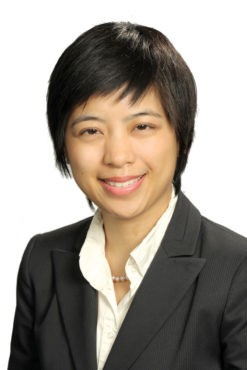 When such insurance was reinstated, it was done so at reduced indemnity coverage and, for most airlines, became prohibitively expensive. Governments around the world stepped in to bridge the gap.

They did so in various different capacities. For example, in the United States, the U.S. government expanded its federal Aviation War Risk Insurance Program to guarantee that U.S. air carriers could receive war risk insurance coverage with premiums based on the cost of such coverage prior to the 9/11 terrorist attacks.

The Canadian government’s response was to create the Aviation War Risk Liability Program in 2001, the aim of which is to provide war risk indemnity to the Canadian air industry in an amount equal to the amount of general insurance coverage carried by the entity.

The war risk liability program needs to be renewed by the federal government from time to time and Ottawa’s 2014 undertaking to provide war risk indemnity under the program came to an end December 31, 2015.

When the 2014 undertaking ended, the program was granted one final six-month extension before expiring. Unlike the previous undertakings, however, this final extension to June 30, 2016, did not extend the indemnity coverage to lessors and financiers of the airlines.

This effectively meant that financiers and lessors, who are generally named as additional assureds in the insurance policy of the aircraft operator, could benefit from the program’s coverage and air carriers did not need to turn to the commercial insurance market to satisfy their war risk insurance requirements.

However, the wording of this last undertaking, on its face, appears to only indemnify aviation industry participants in accordance with the terms and conditions set out in the undertaking and the schedule.

Aviation industry participants, a term defined in the Aviation Industry Indemnity Act, include the following:

(d)     a supplier of goods or services that directly support the operation of aircraft from an airport, including with respect to (i) the preparation of an aircraft for departure or on its arrival, including maintenance and cleaning of the aircraft and the loading and unloading of passengers, baggage and cargo, (ii) freight forwarding, (iii) air navigation, or (iv) airport security services; or

As there are currently no entities prescribed by regulation, the term, as it stands, does not include lessors and financiers. This means that they could not benefit from the program’s last extension, and aircraft operators, in order to satisfy their insurance obligations under their respective leases and financing documents, have had to obtain commercial war risk insurance.

Canada’s transport minister had issued a letter to the National Airlines Council of Canada to clarify the scope of the extended indemnity as being the same as previous undertakings, and, therefore, meant to cover persons covered under an insurance policy held by an aviation industry participant.

Despite the clarification letter, the wording of the 2015 undertaking was never amended to be acceptable to aircraft lessors and financiers.

As a result, all major Canadian airlines have obtained war risk coverage on the commercial insurance market since the 2014 undertaking period ended December 31, 2015. In any event, the final extension of the program terminates on June 30, 2016, and the Government of Canada has indicated it will no longer extend this program.

Therefore, after June 30, all Canadian air carriers and aircraft operators will have to obtain war risk coverage on the commercial insurance market if required to do so under its leases and/or financing documents, or if it flies into, out of or over the territory of any foreign country that has such requirements.