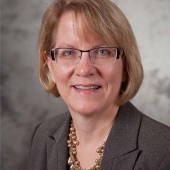 The summer of 2013 is likely to be remembered for the devastating flooding in both southern Alberta and the Toronto area. Urban flooding in Toronto was the most costly natural disaster in Ontario (insured loss estimates in August were pegged at $850 million, while the city estimates it will spend $60.9 million on repairs).

Indeed, the events of this summer, and those from past years, serve as a reminder that water damage has surpassed fire as the number one cause of personal property insurance claims. The cost associated with water damage is significant, both for insurers and for government.

The extent to which water damage losses are covered ultimately depends on the type of property and the cause. Overland water that enters a building through doors, windows or cracks from either an overflowing body of water or from urban flooding is covered, but that is not the case for personal property. For residential property, a typical water damage endorsement covers damage caused by water or sewage that enters the home through inside drains and sump pumps.

In Toronto, most of the damage in July was insured as it was caused by sewer back-up. Many insurers also covered losses arising from seepage into basements, perhaps because of the small size of these claims or the fear of negative publicity. Overall, the settling of these claims was relatively straightforward.

However, in southern Alberta, storm water and snowmelt led to swollen and overflowing rivers, resulting in damage caused by overland flooding, sewer back-up and sewer back-up caused by flood. The first is not covered by insurance, the second is covered if an endorsement is purchased, and the third is covered depending on the wording of the endorsement.

As insurers in Alberta quickly learned, paying or denying claims depending on the source of sewer back-up and apportioning damage between sewer back-up and overland flood was fraught with difficulty. Covering some or no water damage might lead to lower loss payments, but at the expense of higher loss adjustment costs and significant loss in reputation.

The expectation of claimants that water damage be insurable – combined with the increasing cost of water damage claims and the implications of climate change for increased frequency and severity of storm events – has resulted in the perfect storm for insurers. There is increased pressure for insurers to go beyond the status quo and offer better water damage coverage.

Clearly, it is time to discuss how to mitigate water damage losses, increase policyholder and taxpayer satisfaction, and reduce the total cost to society.

Need to involve all parties

The concurrent nature of overland flood and sewer back-up losses will always lead to difficult claims settlement, an expensive adjustment process and the potential for reputational damage.

These challenges must be overcome for the private insurance market to consider expanding coverage to include a more comprehensive form of water damage coverage. Furthermore, simply legislating insurers to expand coverage is not a solution.

First, insurance requires commitment and investment by government and policymakers. Provincial laws and policies regarding land use, as well as the implementation of those policies by municipalities, play an instrumental role in mitigation. Infrastructure support and maintenance is critical in reducing urban flood losses. In addition, property owners have a key role to play in mitigating water damage losses.

Below are some examples of activities that will reduce the impact and cost of flood risk.

• Incentives for property owners to mitigate against water damage: Overland flood losses can be reduced by raising the elevation of homes in floodplains and not allowing development of living spaces in basements. Storm water damage is reduced when homeowners install backwater valves, correct the grading on their property, maintain eavestroughs and downspouts, install sump pumps and disconnect downspouts from municipal sewer systems.

• Renewed support for provincial flood damage reduction programs: These programs build capacity for local governments to manage and mitigate flood risk. New floodplain maps should be created, future building in floodplain areas should not be allowed, and there should be funding available to mitigate against water loss for the inventory of buildings existing on floodplains.

The second important issue is the insurance contract itself. Policies that pay losses contingent on the underlying peril are not a practical solution when perils are concurrent. Similar challenges have arisen with flooding and wind losses from Hurricane Katrina and landslide and fire losses in California.

A reasonable alternative is to bundle overland flooding with other perils -such as hail, rain, ice and wind – which can occur concurrently and lead to damage. It is important that the multi-peril coverage be actuarially priced because this will reduce moral hazard, promote informed decision-making and allow for incentives for mitigation.

To improve affordability for high-risk homeowners, the insurance contract may include provisions such as high deductibles or coverage limits. Additional coverage could potentially be offered through an endorsement to those who need higher limits.

Pricing the new coverage presents some challenges because better data and analytics are needed to forecast water damage. Currently, no national data are available that track damage from urban flooding.

Lastly, even with mitigation activities and limits on coverage, insurers still face adverse selection and the possibility of catastrophic losses. One solution to the adverse selection problem is to broaden the base of policyholders – for example, mortgage standards that require the purchase of flood insurance.

To protect against catastrophic losses, insurers must have opportunities to diversify and share the risk. Two options to help achieve this include traditional reinsurance (with the caveat that the price of reinsurance must be such that homeowners can afford the primary coverage) and risk-sharing pools for high-risk insureds (similar to the Facility Association that exists for high-risk drivers in the private auto insurance market).

In the case of true catastrophic losses, as the norm in other countr
ies that offer personal flood coverage, the government has a role as the insurer of last resort.

Beyond the status quo

The feasibility of broader water damage coverage by private insurers is contingent upon the co-operation and commitment of all stakeholders. Unquestionably, the redesign of insurance contracts and the existence of risk-sharing mechanisms alone cannot manage or even finance flood risk.

Insurance solutions must be paired with efforts to mitigate water damage at the individual, municipal, provincial and federal levels.