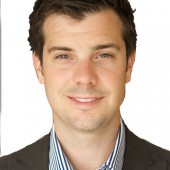 The viability of private insurance for overland flood damage – hereafter referred to as flood insurance – became the focus of substantial national media attention following the 2013 summer floods in Calgary and Toronto. Indeed, many Canadians who suffered flooding damage started asking why Canada is the only G8 country that does not offer insurance for overland flood damage, and under what circumstances such coverage might become available.

Canadians who have applied to the federally administered Disaster Financial Assistance Arrangements (DFAA) program have also questioned why a privately administered flood insurance system is not available. Although Canadians may appreciate compensation through the DFAA, they often comment that the process is lengthy relative to their liquidity requirements immediately following a major flood.

By good fortune or good luck, in the months immediately preceding the 2013 floods, senior executives from many of Canada’s largest property and casualty insurers (who wrote 57% of all property premiums in Canada as of 2011) were interviewed to determine their collective views on the viability of privately administered flood insurance. These interviews, initiated at the behest of The Co-operators Group Limited, were agnostic as to whether flood insurance is a “prudent or imprudent” choice, and interviewees were free to express any opinions they wished. Key findings borne of these interviews are presented herein.

From a historical perspective, the need for the p&c insurance sector to address flooding cannot be overstated – indeed, for over a century floods have been the dominant natural disaster in Canada, exceeding all three of the next most prominent disaster events combined (see Figure 1).

Looking forward, p&c leaders were of the opinion that climate change and flooding will continue to get worse and none of those surveyed thought flooding would ameliorate over time.

P&C leaders are probably correct in their perception that climate change and resulting extreme weather will continue to get worse, based on the fact that fossil fuels currently contribute to about 75% of the world’s energy supply (with coal, oil and natural gas adding about a third each to the global generation mix). By 2035, the percentage of fossil fuel contribution to global energy use will remain at 75%, but the total volume of atmospheric greenhouse gas loadings will be in excess of the present due to the net addition of 1.5 billion people to the planet over the next 20 years.

Three key factors that emerged from the survey of p&c executives as “must haves” for flood insurance to even be contemplated as an offering, were as follows: floodplain maps for all Canadian geographic regions would need updating; governments would have to invest in “flood-hardening” of infrastructure in urban and surrounding rural regions; and homeowners would have to be more engaged in flood-proofing in and around their properties.

Even if these three prerequisite conditions (described below) were to be met, it is important to stress this constitutes no guarantee that flood coverage will be offered in the near future, as complexities regarding risk, pricing and premium affordability would have to be resolved. On the upside, by addressing these three points, insurers would realize concomitant benefits to currently available sewer back-up coverage.

When p&c executives were asked if floodplain maps across Canada were sufficiently robust to calculate risk and develop flood insurance product, their response was a resounding “no” in reference to Eastern, Central, Western and Northern Canadian regions (see Figure 3). In the absence of rigorous mapping, they recognized that flood risk, projected losses and product pricing could not be determined.

Accordingly, a first course of action to address flood insurance is the need to develop up-to-date floodplain maps for major Canadian geographies.

The majority of respondents identified the “flood-hardening” of infrastructure, executed under the direction of government, as critical to the profitability of any future flood insurance product (see Figure 4). Investments in flood defences, such as dams and dikes, larger-diameter storm sewer lines, permeable surface parking lots, cisterns and retention ponds, were identified as potentially useful strategies.

Insurance executives were also in general agreement that flood-hardening infrastructure, at the point of new build or scheduled retrofits, would only add an incremental, largely immaterial, up-front cost (e.g., laying a 20-centimetre-diameter sewer pipe costs nearly the same as laying a 30-cm pipe – yet, the larger pipe has over twice the discharge capacity). Conversely, the cost of rebuilding underbuilt infrastructure – i.e., that which did not account for extreme weather – would be substantial and imprudent.

P&C executives were divided as to whether flood insurance would incentivize policyholders to invest effort in household flood-protection measures (see Figure 5).

This analysis suggests that homeowners need more information on strategies they could use to reduce their exposure to flood losses, which as a consequence could reduce their insurance premiums. Much like governments have offered national home energy audits, insurers discussed a form of “adaptation audit” that could be offered to incentivize voluntary flood protection.

Insurers who doubted the inclination of homeowners to embrace mitigation based their view, in part, on the National Flood Insurance Program in the United States. Under this system, the insurance coverage is mandatory for homeowners who live in high-risk flood zones, which reduces the incentive for actions that help mitigate flood damage. Conversely, voluntary flood mitigation tends to be practised more so under private systems where insurers can set risk-adjusted rates.

Developing up-to-date floodplain maps, flood-hardening infrastructure and engagement by homeowners to mitigate risk collectively offer actionable starting points to address flood insurance going forward. Discussion on these ideas, however, is not one to be addressed solely by the insurance sector – this challenge should be owned by a broad base of stakeholders, which at a minimum would include all three levels of government, banks, builders, industry associations and homeowners.