Where did everyone go?

When the evacuation call gives residents less than five minutes to leave home, they’re lucky to have a charged cellphone to take along, let alone a list of the numbers they might need while away.

Mass evacuations have been all too common this spring, with major flood damage reported in New Brunswick, Quebec and Ontario. When claimants are forced to move, it raises the challenge of keeping track of insured parties so that claims can be properly and expediently processed, ensuring both good customer service and reduced cycle times.

During the 2016 Fort Mac wildfire, adjusters and restoration firms alike were scrambling to find all the clients they were assigned to help. With residents scattered – some as far away as Florida, according to one report – it was hard to track them down, especially because the contact information insurers had on file included mainly home numbers.
Ultimately, policyholders were tracked down using a combination of phone, email, and social media but it was a tedious and labour-intensive job that slowed down claims processing and increased cycle times. 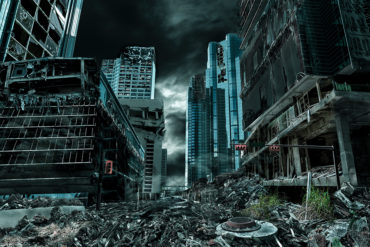 The industry learned from the experience. More information is collected from claimants when they report a loss. Not too long ago, when adjusters received a first notice of loss, the information typically included just the policyholder’s home address and home phone number.

Now when a loss is reported, it’s standard to gather an email address, cell phone number and the best number at which to reach people. “You’ve got, immediately, two or three alternative ways to get a hold of the policyholder in a catastrophe situation,” says Jim Eso, Crawford and Company (Canada)’s senior vice president of property and casualty.

And when those don’t work, the industry has also learned to use social media. “Fort Mac was probably where we first really saw a differentiated way of communicating with policyholders,” Eso says.

Displaced Fort Mac residents scattered far and wide, staying with relatives, returning to homes in other provinces, or holing up in hotels. But they came together spontaneously in social media groups. And these groups made it easier to locate claimants, Eso says.

Fort Mac was also the first time carriers used electronic funds transfer to make living expenses payments to displaced claimants. “You couldn’t get a cheque to somebody if you didn’t know where they were,” he says.

In the aftermath of the Fort Mac fire, the municipality faced the additional challenge of identifying which of the damaged or destroyed properties were insured. They asked Insurance Bureau of Canada to help. Some residents also required help in identifying their insurers. According to Mario Fiorino, IBC’s legal director and assistant general counsel, this was an unprecedented data request. IBC managed the request by acting as an intermediary between its members and the municipality.

The lessons learned in Fort Mac have been widely adopted in subsequent emergencies. For example, carriers placing mobile contact centres close to the site has become common practice. Started on a large scale in Fort Mac, insurers are repeating the practice at other Cat sites, including the Ottawa-Gatineau area after six tornadoes caused more than $300 million in insured damage in September 2018. “It’s as simple as a motor home and a tent and a shelter set up where people could just drop in, rather than waiting for the carrier to send someone else to see them,” Eso says.

Developing best practices
With every new Cat, the industry learns how to communicate better with insureds. IBC generally conducts a post-mortem after every extreme Cat, Fiorino says. The purpose is to identify issues and lessons learned from each event; the ultimate goal is to build up a national, coordinated catastrophic response plan that would include a data-access protocol between government and the industry.

“It’s an incremental process, where we are learning from the past,” Fiorino says. The industry is mindful of the fact that there could be a catastrophic earthquake on the west coast, for example, or in the Quebec corridor. That “will call for an unprecedented, coordinated response between government and industry,” Fiorino says.
On the claims side, the focus is on making the situation better for the insured through the benefits of faster processing and better customer satisfaction.

“What’s one step I can do today that’s different from the way we might have done things in the past, so that we can try to enhance the customer’s experience in what is already a terrible situation?” Eso asks. Collecting more complete information at the first notice is “just one thing that we could do better.”

Emily Atkins is a freelance author based in Ontario and is the past editor of Claims Canada.