Who Pays for Recovery?

Canada may not have the earthquake loss history of other countries. But with the coast of British Columbia along part of the world’s most active quake zones – the Pacific Ring of Fire – the province can benefit from the lessons learned elsewhere. That information is of particular interest now with the heightened public awareness and government support of initiatives to prevent and recover from an earthquake.

This year marks five years since the world’s highest economic losses from earthquakes on record. A 2012 earthquake analysis by the Center for Disaster Management and Risk Reduction in Germany notes earthquakes and their consequences in 2011 caused damages amounting to US$365 billion. 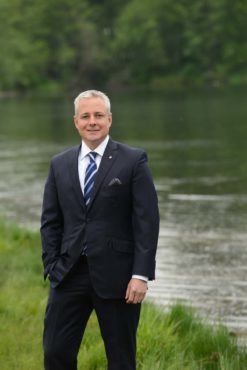 The countries hit hardest were New Zealand, with a series of large earthquakes near Christchurch in February, and Japan, with the Tohuku quake and tsunami the following month in March. The earthquakes and their after-effects destroyed or damaged more than 1.7 million buildings globally; more than 1 million of these in Japan.

Each of these events – and others like them – brings with it experience that people in other jurisdictions can apply to their prevention, response and recovery plans. The lessons are piling up and, for better or worse, are becoming an expensive, somber and significant reminder of the need to change.

The good news is that there is increasing awareness and discernible progress in the public and private sectors about the need to increase resilience. Experience has also shown that recovery success depends on access to funding for reconstruction. Who pays for that recovery?

The Pacific Ring of Fire that takes in New Zealand, Japan and Chile (which has sustained several quakes, including a major one in 2010), also encompasses the North American coastline stretching from Alaska to California. Specifically, the ring includes the Cascadia Subduction Zone, running about 1,000 kilometres from northern Vancouver Island to northern California.

The plates in the Cascadia Subduction Zone are locked and when they release, it has been predicted that based on earthquakes experienced in similar situations around the world, they will do so in a megathrust. In other words, the result will be an estimated magnitude 9 “big one.”

The state, provincial and municipal governments within this zone have responded to the new science about the risk level by upgrading their resiliency plans.

GETTING ACTIVE IN THE PROCESS

Property and casualty insurers and brokers have, of course, been actively involved with government in this process. Henry Renteria, former director of the California Governor’s Office of Emergency Services, was commissioned by the British Columbia government in 2014 to consult with stakeholders and recommend ways the province can increase its emergency-response capacity.

Representatives of the Insurance Brokers Association of British Columbia (IBABC) and Insurance Bureau of Canada met with Renteria during his listening tour of the province.

In early 2015, Renteria submitted his recommendations, and a few months later, Emergency Management B.C. (EMBC) released its “B.C. Earthquake Immediate Response Plan.” Notably, EMBC outlined its role in immediate and sustained response, and stated that recovery was the responsibility of others.

And this past January, the office of Naomi Yamamoto, British Columbia’s minister of state for emergency preparedness, initiated a public consultation on proposed changes to the province’s Emergency Program Act.

Best practices in emergency management have evolved significantly over the past two decades, but the act has remained largely unchanged since its introduction in 1993. Proposed amendments reflect Renteria’s recommendations and align British Columbia with other jurisdictions, including Alberta and Manitoba, that have already modernized their emergency management laws.

Canada’s p&c insurance industry is making progress on managing an exposure that has the capacity to incur the largest claims costs ever.

In late 2013, Insurance Bureau of Canada (IBC) released a comprehensive impact scenario conducted by AIR Worldwide that estimated a magnitude 9 earthquake event hitting British Columbia’s southwest would have a total economic loss (including direct losses to property and infrastructure and indirect losses resulting from supply chain interruptions and network disruptions) of almost $75 billion. Of that amount, only an estimated $20 billion will be offset by insurance.

But more needs to be done, and to understand how much more, one first has to start with the number that is hard to imagine: $55 billion in uninsured losses.

The difference between total economic losses and insured losses is referred to by global reinsurer and insurer Swiss Re as the “protection gap.” Much of this gap is the result of uninsured natural catastrophe risk, which has been rising steadily over the past several decades.

In its 2015 report, Underinsurance of Property: Closing the Gaps, it estimated that in the last 10 years, cumulative total damage to global property from natural disaster events was US$1.8 trillion, and only about 30% of those losses were insured. AIR Worldwide’s scenario estimate of a $55 billion funding shortfall for a British Columbia earthquake is consistent with Swiss Re’s global estimate of a 70% protection gap.

The Cascadia earthquake could be over in a matter of minutes, while response efforts would likely be over within a few weeks. But the long road to recovery will take many years, span several electoral cycles and redefine the lives of British Columbians.

Brokers continue to encourage government to shift from a post-event approach to disaster funding to one that secures funding sources before a disaster occurs. The approach should have resiliency mechanisms already in place at all levels of society so that recovery can start in an orderly manner, thereby saving time and reducing hardship.

Government cannot shoulder the burden of recovery alone. Resiliency is a shared responsibility. The concept of a public/private partnership has been recommended by Renteria, Emergency Management B.C., IBABC and other stakeholders, and is also supported by those with first-hand experience with disaster recovery.

The number one lesson learned from the southern Alberta floods in 2013 is that recovery should start immediately after a disaster, with an intensity of effort that matches the need. Achieving this goal requires a highly resourced and functional level of support and resiliency of both the private and public sectors.

Perhaps most difficult of all is the culture shift that is necessary for consumers to understand and accept their responsibility for their own recovery. Brokers have urged government to provide more clarity around the ineligibility of insurable losses for government-funded disaster financial assistance.

Homeowners’ record levels of consumer debt and their lack of savings will make it extremely challenging for them to pay deductibles to start reconstruction.

Brokers are doing their part to educate their clients on the risks of earthquake, liquefaction and tsunami. They are also adopting their own business continuity plans and encouraging their business clients to do the same.

Updated emergency management statutes around the country have adopted the four phases of emergency management: prevention, preparedness, response and recovery. As New Zealanders recognize the fifth anniversary of the earthquakes that so changed their lives, they take pride in having turned the corner on their recovery and moving on to a fifth phase: regeneration.

People in British Columbia have the opportunity to learn from their experience and develop contingency plays that would rebuild within five years of a major quake. That is the challenge.