With the shift toward autonomous vehicles comes a shift in liability, for which property and casualty insurers in Canada will need to be well-prepared.

Autonomous vehicles — self-driving vehicles that use artificial intelligence, sensors and global positioning system co-ordinates to drive themselves without human input — may not be right around the corner, but certainly are not too far down the road. 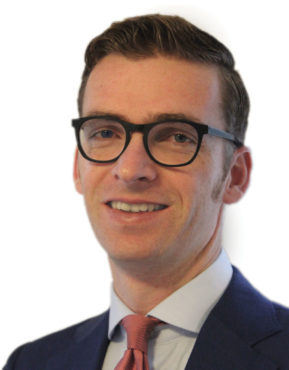 Semi-autonomous vehicles are becoming widely available and serve as harbingers of the not-so-distant future of fully autonomous vehicles. Several levels of automation, however, will need to be completed first.

Although a human driver is required to monitor the driving environment for Levels 0 through 2, the responsibility shifts to the automated driving system for Levels 3 through 5. Level 3 requires human input when prompted to intervene. For example, one auto maker has a production car said to be capable of Level 3 autonomous driving that can operate in bumper-to-bumper traffic, but that will alert the driver when he or she is required to quickly assume control.

The question of liability when in Level 5 autonomous mode appears to be relatively straightforward, though that is not necessarily the case for the process of getting there.

Levels 2, 3 and 4, which comprise the transition phase toward Level 5 autonomy, are proving to be quite complex for a number of reasons, including the following:

While some have suggested V2V communication will be more effective than current systems of lane departure, blind-spot detection and cameras by creating awareness of all surrounding risks in real time, the expectation is V2I communication will improve traffic flow and advance safety by alerting drivers to hazardous situations up the road.

It is anticipated that as autonomous vehicle technology, V2V and V2I develop, litigants will be looking to new sources of liability, including third parties that design and maintain V2I technology, companies that provide vehicles with live global positioning and weather data, or professionals that maintain and service the software used in autonomous vehicles.

The success of such claims will largely depend on how the courts decide to address the issue of defective information — specifically defective information provided to autonomous vehicles that is later discovered to be the cause of, or contributor to, a loss. The scenario raises some questions of interest to p&c insurers. For example, is information considered a product that can fall under product liability law or will an entirely new category need to be created?

More concrete information will be needed to answer the question, but what is currently known is that, absent legislation, courts will be left to apportion liability among the various actors who have caused or contributed to the loss or damage in line with the current tort regime. Overall for litigation, this will mean that more parties will be involved in actions and more sophisticated methods of obtaining evidence and determining liability will be required.

DATA IN THE DRIVER’S SEAT

It is hardly a secret that the future of both the automotive and the insurance industries will largely be driven by data. The interconnectivity of vehicles and infrastructure will rely on an expanding collection of information that will become increasingly useful and valuable. That, of course, raises the major issue of cyber security.

The interconnectivity and proliferation of data will make personal data vulnerable to hacking and, additionally, will also make vehicles themselves vulnerable.

The synchronization of phones to vehicle systems means hackers could access, for example, a driver’s banking information or personal correspondence by gaining access to the vehicle’s network, notes a report released in 2015 by Strategy& and PwC.

Hackers have also demonstrated the ability to physically lock and unlock vehicles remotely, cut the power to engines, disable brakes or engage the throttle, states the report, Connected Car Study 2015: Racing ahead with autonomous cars and digital innovation.

It would appear that with each technological innovation and advancement comes a new cyber security risk.

That being the case, although the transition phase towards Level 5 automation threatens to be complex and costly, Ontario’s current tort system, for example, seems capable of responding to any related issues that may arise.

Media reports note some experts predict that Level 5 production cars could be available within just a year or two. Of course, availability does not necessarily mean the vehicles will be permitted on the road.

Regulations worldwide have consistently been outpaced by the autonomous technology in cars. The main road block to regulatory development revolves around the question of liability should an accident involving an autonomous vehicle occur.

Beyond the likely shift of liability from the driver to the autonomous system in Level 5, the pressing question right now is where the risk lies in the transition period to that level. Under common law and current legislation in Ontario, for example, a driver can be held liable for damages for the negligent or reckless use or operation of a vehicle.

There appears to be no reason why the same principles would not apply to all levels of automation except for Level 5, which is the only level that does not require some element of human input. In Level 4, for example, a driver could be liable for negligently engaging the autonomous technology when it was not appropriate to do so given that the technology cannot handle all driving scenarios. ?In fully autonomous mode, there is no basis for a driver to attract liability in negligence since a driver is essentially rendered a passenger.

It stands to reason, therefore, that liability would shift to the manufacturer for producing a defective product.

This appears to be an assumption being made by a number of autonomous vehicle manufacturers, some of whom have reportedly stated they will accept all liability for accidents involving their vehicles while in fully autonomous mode in a bid to hasten development of regulations around the world.

While Level 5 vehicle autonomy will be subject to the development of associated regulations and legislation, it remains poised to offer a simpler system overall for dealing with liability in auto claims.