VANCOUVER, BC, June 14, 2019/InsPress/ — Apollo Insurance has reluctantly admitted that its recently announced gluten-free insurance policy is not in fact on the blockchain. After thorough examination by excited parties the insurtech firm was forced to backpedal on rumours that their newest product was secured on the widely popular distributed ledger smart contract system. 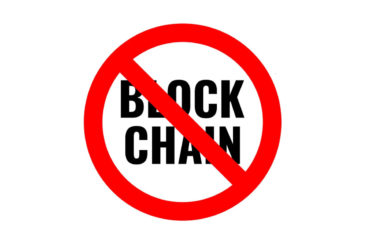 “We were excited about how forward-thinking our revolutionary gluten-free insurance policy was,” says Apollo CEO Jeff McCann. “Obviously, it came as quite a shock to potential investors and insurance companies when we revealed there was no blockchain involved, only JavaScript was used.  We are waiting to hear back if our lack of blockchain will impact our ability to solicit investment and participation from major insurance companies, who seem to be flocking to blockchain-based solutions.”

Policyholders who were hoping to avoid gluten need not worry. However, those who were seeking out a policy containing or executed on the blockchain will be disappointed. McCann added that these are not just meaningless buzzwords, they are integral parts of any would-be insurtech venture. The tokenization of gluten-free insurance continues to elude the Canadian landscape.

Apollo remains hopeful that there are traces of AI and machine learning in the policy, but this has not yet been confirmed.

Apollo is Canada’s largest online insurance marketplace. Through the Apollo Exchange, brokers can quote, bind, and issue policy documents for hundreds of classes of small businesses from Canada’s leading carriers. Brokerages are also able to white label the platform and sell directly from their brokerage website.