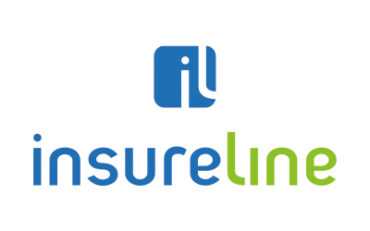 InsureLine is an insurance brokerage franchise that enables independent insurance brokerages to retain 100% ownership in their business while providing the scale necessary to compete in today’s marketplace by providing franchisees with the tools, technology, market capacity, and marketing support to be successful.

InsureLine has acquired MAIBC to be an owned operation and serve as the Head Office for InsureLine in Ontario. InsureLine already operates a retail brokerage in British Columbia that serves as the Head Office operation there. A little over 5 years into its operation, InsureLine has exploded to more than 25 locations in B.C., Alberta, Manitoba, and Ontario. At its core, InsureLine believes that to be a successful franchisor it is vitally important to also be an operator in the insurance brokering business. Their owned operations enable them to have a finger on the pulse of what is happening on the front lines of the business and to better help and support Franchisees.

Aly Kanji, President and CEO of InsureLine noted; “InsureLine has been seeking a partner that would help us strengthen and expand our service offering in Ontario. This investment in MAIBC is really an investment in its people. The people at MAIBC share similar principles and values that align with ours.” Kanji went on to say “InsureLine recognizes the roots and deeply held values of MAIBC and we intend to retain all of the personnel and will listen carefully to all of whom have helped to shape MAIBC, and guide its future in a manner that honours the legacy of the community and the history of the business.”

The purchase of MAIBC was effective May 1, 2021. Terms of the sale were not disclosed.  Linda Van Bergen will continue to be the Principal Broker and will continue to oversee the operations.

MAIBC started in 2004 as a faith-based insurance brokerage. Since then, MAIBC has grown to represent a wide range of insurance options and a diverse clientele. Through their growth MAIBC has maintained their values and mission to create and sustain wholeness through friendly, personalized, small-town service with big city capacity. “We care about our clients and have consistently embraced the values of mutual trust, respect, and understanding; and from my initial meetings with InsureLine our organizations seem very aligned,” said Linda Van Bergen. She continued: “we are excited to begin this new chapter for both MAIBC and InsureLine. The future is brighter as a result of our organizations coming together.”