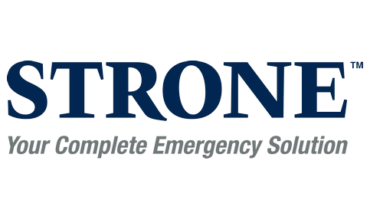 BARRIE, ON, June 19, 2018 /insPRESS/ –  STRONE Restoration is very pleased to announce that Jeffrey Chubry has accepted the role of Branch Manager at STRONE Barrie and Bracebridge. Jeffrey brings solid construction and management experience to the job and will play a key role in taking the Barrie and Bracebridge branches to new levels of service, revenue, and profitability.

Since joining the STRONE team as a Project Manager as Project Manager in January, Jeffrey has provided outstanding customer service and leadership on a daily basis within the branch. Most recently, Jeffrey and the team at STRONE Barrie have assisted area clients with an extreme number of storm damage claims effectively with care and compassion.

“To me, being a Manager is just like being the Captain of a hockey team. Someone has to wear the “C” on their jersey but that individual is nothing without their team!” 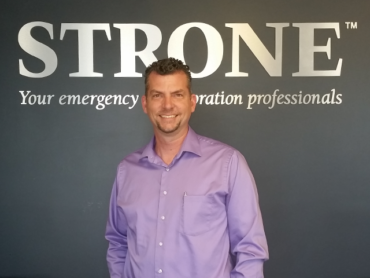 Jeffrey brings a well-rounded resume that provides a depth of experience to assist him with his new role at STRONE. He has served in the construction industry for over 18 years, spending the first 12 as a general carpenter in the insurance restoration industry on a large loss crew. He has also gained valuable experience in Industrial, Commercial, and Institutional (ICI) Construction as a General Foreman in both carpentry and heavy equipment roles. Projects that Jeffrey was involved in include a state-of-the-art engineering school at York University and Milton General Hospital.

Jeffrey and his family have moved from big city life in the GTA to settle on the outskirts of Barrie, beginning a new chapter in the lives. He is more than ready for his new challenge, with support from his STRONE teammates in Barrie and Bracebridge.

To congratulate Jeffrey on his new role within STRONE, he can be reached at 705-333-0171 or via email at jeffrey.chubry@strone.ca.

Since 1987, the staff and professionals at STRONE have served clients with a solid commitment to excellence in workmanship and superior customer service. With the shared resources and expertise of its subsidiary Itech Environmental, STRONE is capable of providing an unrivalled complement of property restoration and environmental services.

Our reputation for performance and reliability is best illustrated by STRONE’s inclusion in the “Preferred Contractor” programs of many leading insurance companies and being named one of Canada’s Best Managed Companies for six consecutive years.

Together, the entire STRONE team has one common goal, to lend a helping hand as we work towards returning lives and businesses back to normal.