TORONTO, ON, DEC. 20, 2019/insPRESS/ – Dennis Schembri CIP, CFEI Vice President Ontario Operations, is pleased to announce that Yves Eleosida CIP has joined the Kernaghan team in its Toronto, ON office. 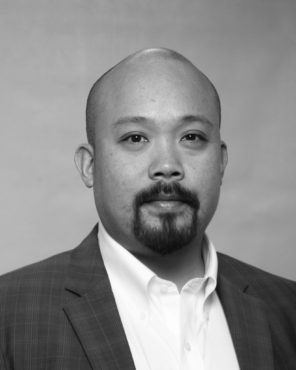 Mr. Eleosida began his insurance career in 2006 as a Production Co-Ordinator at the head office of the Insurance Institute of Canada in Toronto, ON.   During his tenure at IIC, he gained valuable experience, exposure and knowledge about the insurance industry, securing his CIP designation as of 2010.  In 2014, Yves completed his oral examinations with the Canadian Independent Adjuster’s Association securing his independent adjuster license.  Yves recognizes the value of continued learning and professional development, and as such is currently in the process of completing his CRM designation through the University of Toronto.

Yves is very involved in the industry as an Executive Committee Member of the Young Insurance Professionals of Toronto. He is involved in organizing industry events for its delegation towards networking and promoting the insurance industry as a career option.  Yves is also a member of the CIP Society and The Ontario Independent Adjusters Association.

“We are extremely proud to welcome Yves Eleosida to our dynamic Toronto team,” said Dennis Schembri CIP, CFEI Vice President Ontario Operations, “We look forward to the expertise he will bring to our clients in the Ontario market. Yves will be an important part of our strategy moving forward as we continue to expand our presence in the region.”

Kernaghan Adjusters is a dynamic independently owned Canadian firm. We are a fast growing team of professionals with a range of adjusting specialties. KEA, our proprietary claims system enables us to deliver best in class adjusting service. Contact us 24/7 for National claims service: claims@kernaghan.com | T. 1.800.387.5677