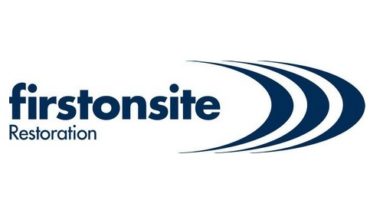 MISSISSAUGA, ON, May 7, 2019/insPRESS/ – Emergency Preparedness Week is upon us (May 5-11), but it may seem like cold comfort to the people who have been evacuated after rivers have flooded Quebec, New Brunswick and Ontario due to snowmelt, rain and increased river levels.

This year, FirstOnSite Restoration, a company that has responded to every catastrophic event across the country over the last decade, conducted an emergency awareness/preparedness survey.

Flooding among Canadians is a main disaster concern

When asked how concerned they were about different types of disasters, seven-in-10 respondents listed flooding (68%) which was statistically tied for top concern along with home fires, winter storms and wildfires. Rounding out the list of top concerns were earthquakes (41%) and hurricanes (37%).

Regional flooding concerns were highest in Quebec (81%) where several communities including greater Montreal have been ravaged by this year’s spring floods. Manitoba (79%) and Ontario (70%) were the other two regions that topped the national level of concern. The number was lowest in Alberta where only half of residents are concerned about flooding.

Six-in-10 Canadians had experienced some type of flooding (58%)

When asked people’s level of concern for specific scenarios due to flooding, mould topped the list

“Emergency Preparedness Week is an appropriate time for businesses and homeowners to think about disaster preparedness and how increasing catastrophe can strike at any time,” said Shane Swinson,

SVP, Insurance Portfolio, FirstOnSite Restoration. “With the magnitude of recent weather-related events, now is apt time to prepare for what lays ahead.”

FirstOnSite offers tips for each season and the associated disasters. Right now you can visit 10 Ways to Protect Your Property from Flood Damage.

From May 2 to May 3, 2019, an online survey was conducted among a representative sample of 1087 Canadians who are members of the Angus Reid Forum. For comparison purposes only, the sample plan would carry a margin of error of +/- 3.0 percentage points, 19 times out of 20.

In May 2016, FirstOnSite joined forces with U.S.-based Interstate Restoration, expanding its resource base, and extending its customer service offering and collectively becoming the second largest restoration service provider in North America.