Seventeen per cent of rental suites in detached houses in Ontario, Alberta and British Columbia are considered illegal, a new survey from Vancouver-based Square One Insurance Services Inc. has found. 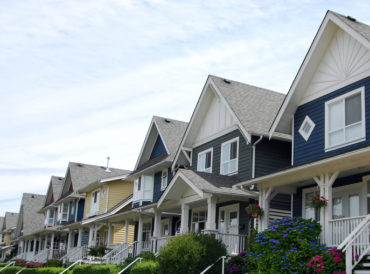 The study involved a survey of more than 5,500 homeowners in the three provinces and revealed that 11% of house owners rent out a portion of their home to non-family members. Alberta had the highest percentage at 14%, followed by B.C. at 13% and Ontario at 9%. A spokesperson for Square One told Canadian Underwriter that the survey was conducted on July 26.

“We wanted to conduct this survey for two reasons,” Daniel Mirkovic, Square One’s president, said in a statement on Wednesday. “We’re noticing an increase in inquiries by house owners that are renting a portion of their home to non-family members. We wanted to understand what was driving this increase. We also wanted to understand how house owners are coping with municipal laws relating to rental suites in single-family homes.”

According to the survey, the top three reasons why homeowners have rental suites are: for extra income (40%), to help with a mortgage (34%) and for companionship (14%). “While mortgage-helpers are well, helpful, there are many municipal regulations that house owners need to be aware of,” Square One stressed in the statement. For example, Vancouver and Toronto have capped the number of rental suites allowed per single-family house to just one. Other regulations, which vary by municipality, usually include: zoning restrictions; building code compliance; unit size restrictions; minimum parking requirements; and inspection and licensing compliance.

Overall, 17% of rental suites in detached houses are considered illegal, the survey found. Ontario has the highest percentage at 21%, followed by B.C. at 15%, and Alberta at 14%. “The actual percentage is likely to be considerably higher as residents may be reluctant to disclose illegal rental suites,” Square One suggested.

“Most municipal regulations for secondary suites ensure residents have adequate and safe housing options,” Mirkovic said in the statement. “But some, like the one rental suite per single-family house, are just outdated. It’s hard to understand why cities advocating for more affordable housing options would continue to enforce this outdated regulation,” he contended.

The release said that Ontario has more than 233,000 secondary rental units, B.C. more than 155,000 and Alberta more than 125,000, according to the Canadian Mortgage and Housing Corporation. Secondary rental units tend to be more affordable than apartment suites, Square One suggested, noting that the average cost in Metro Vancouver of a two-bedroom secondary suite is $1,390 per month, while a two-bedroom apartment suite is $1,450 a month.

Established in 2011, Square One offers what it calls the “only home insurance policy in Canada that can be personalized to your unique needs.” It is also one of the few providers to automatically include earthquake, sewer backup and broad water protection in its policies. The company currently serves British Columbia, Alberta, Saskatchewan, Manitoba, Ontario and Arizona.

More News
Related
Canadians evacuated from homes after a wildfire can expect to suffer $11,300 in financial losses: Square One Insurance
80% of polled Canadians not properly insuring belongings when moving to new homes
‘No active deals on the table’ to sell minority interest in SGI Canada
Investment income doubles for Canadian P&C industry: MSA