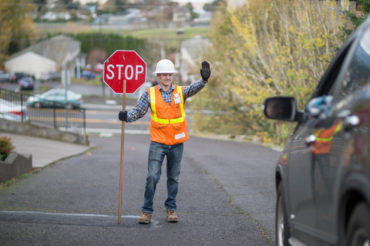 In total, 177 tickets were issued to drivers exceeding 60 kilometres an hour while passing highway workers or occupied highway equipment within a municipal or highway work zone, SGI said in a press release issued on Monday. Five tickets were also issued for speeding in construction zones where a flag person is present.

The results include all traffic safety focus results submitted by police as of Aug. 18, excluding tickets issued through photo speed enforcement.

“As there are still many road construction projects across the province, SGI reminds motorists to obey speed limits and exercise caution when driving in work zones,” the province’s compulsory auto insurance provider said in the release. “If the work zone is signed, drivers must slow to the posted speed limits, regardless of whether workers are present. Base fines for speeding in a construction zone are triple that of a regular speeding ticket.”

Other results from July’s traffic safety spotlight include:

Background information from SGI noted that roads are repaired and maintained in Saskatchewan year-round. “Work zones usually have clear signage, with orange signs indicating that you’re entering a road construction area and black and white signs for speed,” the information said. An “end of work area” sign will signal the end of the construction zone, followed by a black and white sign indicating the regular speed limit that motorists can return to.