Fluctuating loss ratios and an evolving mix of crops in Canada are two factors contributing to the difficulty in modelling crop risk in the country, AIR Worldwide said recently.

Rebecca Arias, the catastrophe modelling firm’s product marketing manager, wrote in a blog earlier this week that the long term (1961-2016) average loss ratio in Saskatchewan is 89%, and 15 of the last 56 years have seen an annual loss ratio of more than 1 [i.e. 100%]. In fact, she noted, drought conditions combined with heat and wind led to a loss ratio of 479% in 2002 in Saskatchewan, “but it is unclear how to assess that event in the context of today’s agricultural and financial climate.” 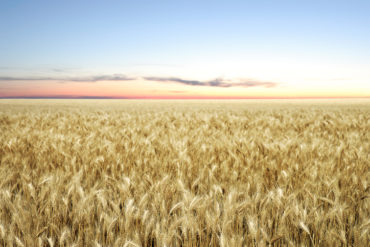 In Saskatchewan in the 1980s, there were several years when the loss ratio exceeded 100%, causing the long-term average loss to premium to increase. This increase in loss ratio was followed by an increase in average premium rates for producers through the early 1990s.

That trend then reversed during the following 10-year period with losses. The pattern then repeated itself in response to large losses in 2001 and 2002, which were followed by low losses in subsequent years.

The other factor to consider is the changing variety of crops being grown across Canada. For example, in the past few decades there has been considerably more pea, lentil and soybean crops – and fewer oat crops – compared to earlier decades such as the 1960s to 1980s.

“The blend of crops planted across Canada has evolved as a result of plant genetic enhancements, improvements in farming technology, changes in weather and/or soil conditions, and market forces such as demand for certain crops, supply chain developments, and associated commodity prices,” Arias wrote. “Accompanying the changes in crop mix has been an increase of more than 50% in the planted area of major crops since 1960.”

Arias pointed out that many weather conditions can’t be seen or anticipated until harvesting occurs. Apart from hail, rain, drought, heat and frost, several other factors may go unnoticed, she said. For example, a relatively minor change in local temperature (even a few degrees) can affect crop growth at critical times.