2016 deadliest year on Manitoba roads in a decade: MPI

Manitoba Public Insurance (MPI) reported on Wednesday that it has recorded the deadliest year on provincial highways in a decade. 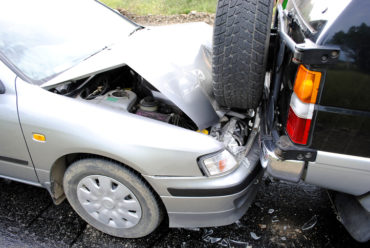 Based on preliminary data, there were 101 fatal collisions on public roadways in Manitoba in 2016, resulting in the deaths of 112 people, MPI said in a press release. These numbers contrast with 69 collisions and 78 fatalities in 2015.

“2016 was a tragic year for road fatalities in Manitoba,” said Manitoba Crown Services Minister Ron Schuler in the release. “Not since 2006 have we lost as many people in motor vehicle collisions and our sincere condolences go out to the families and friends of the 112 Manitobans who lost their lives in roadway crashes. These terrible outcomes must serve as a reminder to all Manitobans to drive safely in 2017.”

MPI data also shows that another 19 Manitobans lost their lives in snowmobile and all-terrain vehicle collisions in 2016. And although the full analysis of motor vehicle fatalities is not yet complete, preliminary data shows an “alarming increase in impaired driving, distracted driving, [speeding] and not wearing seatbelts as contributing factors in the fatal collisions recorded,” MPI reported.

“To stay safe on our roads and not put other road users at risk, all drivers need to think about road safety every time they get behind the wheel,” said Ward Keith, vice president of business development and communications with MPI. “Buckling up all the time, driving to road and weather conditions, not driving when impaired by alcohol or drugs, or while distracted – these are all simple reminders that can help to prevent being involved in a collision. They can also literally make the difference between life and death,” he said.

MPI has issued a renewed call to road safety action for all road users in 2017, encouraging drivers to model safe and responsible driving behaviours.