2016 was the warmest year on record for the globe, Canadian Prairies experienced one of the “longest and most active storm seasons”: report

Last year topped 2015 as the warmest year in 137 years of record keeping and marked the third consecutive year of record warmth, the National Oceanic and Atmospheric Administration (NOAA) reported on Thursday. 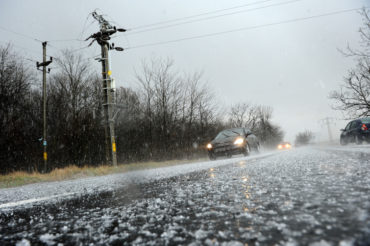 The 27th annual State of the Climate report for 2016, led by researchers from NOAA’s National Centers for Environmental Information, found that “most indicators of climate change continued to follow trends of a warming world, and several, including land and ocean temperatures, sea level and greenhouse gas concentrations in the atmosphere broke records set just one year prior.” Last year’s record heat resulted from the combined influence of long-term global warming and a strong El Niño early in the year, NOAA said in a statement.

The research is based on contributions from more than 450 scientists from nearly 60 countries. It provides a detailed update on global climate indicators, notable weather events and other data collected from land, water and space. The research is published as a special supplement to the Bulletin of the American Meteorological Society.

Seasonally, winter was 4°C above average – the second warmest winter on record, behind the winter of 2009/10, with the national winter average temperature having increased by 3.3°C over the past 69 years. Winter anomalies above +4°C were recorded from the northwest to the Atlantic coast, and most provinces/territories had winter average temperatures among their four warmest: Yukon and Atlantic provinces (warmest), Northwest Territories (second warmest), Ontario (third warmest) and Alberta, Saskatchewan and Manitoba (fourth warmest). 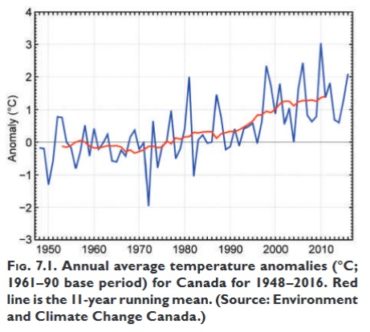 In addition to the Fort McMurray wildfire – the costliest disaster in Canadian history at almost $4 billion – the Prairies experienced “one of its longest and most active storm season since statistics were first kept in 1991,” the report pointed out. Clusters of intense thunderstorms were more frequent and there were numerous reports of large hail, heavy rain, high winds, frequent lightning and many localized events that included tornadoes, brief non-destructive landspouts and microbursts. Tornadoes were more frequent – 46 vortices compared to the 30-year average of 34. Altogether, there were 564 reported severe weather events including strong winds, heavy rain, tornadoes and hail. Nearly two-thirds of these severe events were hailstorms, the report said, which caused damage and resulted in payouts for crop hail insurance claims 50% higher than the previous year’s costs and well above the average of the past five years.

Among the report’s global findings: